Book Review: 'The Language of the Game' explores the unique human drama that is soccer

In "The Language of the Game," soccer scholar and Duke professor Laurent Dubois  explores the global game in a cultural context. Dubois contends that soccer is indisputably the world’s most widely shared form of global culture, and his book shows us just how much the sport reveals about humanity and the human experience. 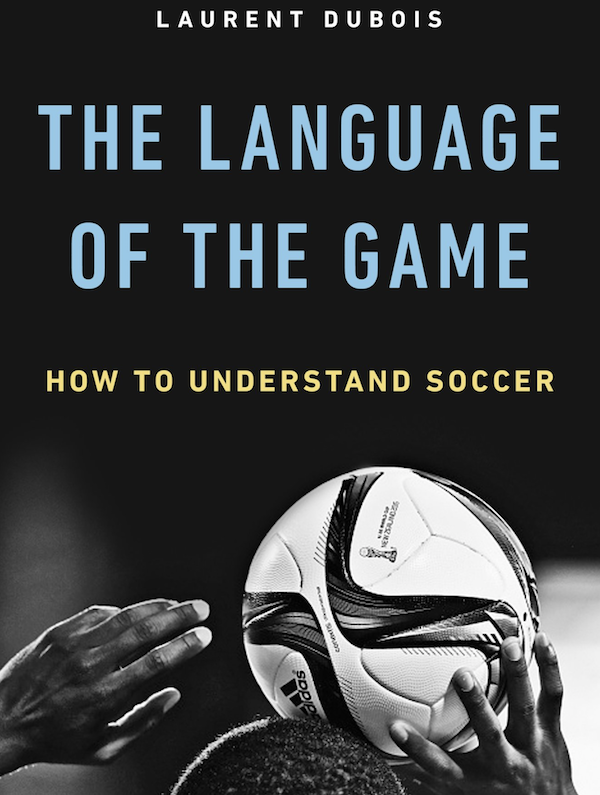 Dubois tackles the “unique human drama” in seven chapters, starting with “the goalkeeper” and ending with “the fan,” exploring the defender, the midfielder, the forward, the manager, and the referee in between. In the chapters Dubois includes great anecdotes, myths, and truths about the position.

In “the goalkeeper,” Dubois tells the story of Sam Bartram, the Charlton Athletic keeper who in 1937 played in a match against Chelsea. About half an hour into the game, there was so much fog the match was abandoned. But no one told Bartram, who stood in his goal, confident his team were running Chelsea into the ground on the other side of the field.

He stayed on the field for another 15 minutes until a policeman walked out of the fog and found a baffled Bartram; walking into his locker room, his already-showered teammates convulsed in laughter. And so Du Bois captures the lonely reality of the goalkeeper.

French defender Lilian Thuram features centerfold in the next chapter, where Dubois the delves into effects of colonization in soccer, perhaps most noticeably in France’s national team and Thuram’s upbringing.

In the Forward chapter, Dubois tells the story of Stephanie Roche, whose goal in 2014 won 2nd place in the Puskas Award, and uses Roche as a segue into a history of women’s soccer, both in Britain and beyond.

Though the structure of the book appears to tell a rudimentary story about the positions in soccer, Dubois manages to weave in deep insight into the sport; he illuminates the reader to critical developments of the sport, like rule changes in the referee chapter, and how fan violence has changed over the years in the fan chapter.

The Language of the Game successfully explains different parts of the beautiful game with personal stories, excerpts from other books, like Nick Hornby’s Fever Pitch, thorough research, and stellar quotes. Here’s one from Arsene Wenger: “If God exists and one day I go up there and he will ask: 'Do you want to come in? What have you done in your life?' The only answer I will have is: 'I tried to win football games.' He will say: is that all you have done? And the only answer I will have is: it’s not as easy as it looks.”

If you find the header of “How to Understand Soccer” a little condescending, you’ll find Du Bois’s careful analysis and wonderful stories anything but. For a beginner or expert alike, this book will deepen your understanding, and love, for the game.