World Cup Retro 2010: Five names to have at your fingertips

Here are five names to have at your fingertips about the 19th World Cup, hosted by South Africa and won by Spain. 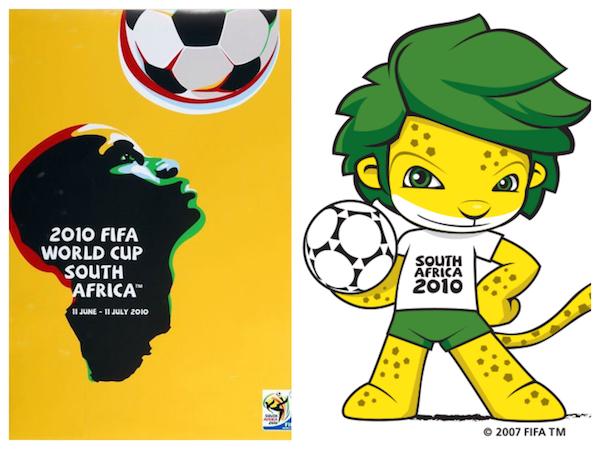 Nelson Mandela. The first African nation to host had been banned, because of its Apartheid government, from international soccer from 1963 to 1992. Nelson Mandela, who had been imprisoned for 27 years, credited South Africa’s exclusion from international sports -- which also kept its rugby team, the Springboks, out of world championship play -- for influencing the positive outcome in the 1992 whites-only referendum that ended Apartheid rule. As South Africa’s first post-Apartheid president Mandela embraced sports as a way to unify and celebrate what he called the “Rainbow Nation,” and led the campaign to host in 2010. Organizing Committee CEO Danny Jordaan said the World Cup would “strengthen our democracy … strengthen and consolidate the process of nation-building.” Mandela, a week before his 92nd birthday, attended the final in Soccer City stadium in Johannesburg. He died Dec. 5, 2013.

Robby Donoho. The USA was headed to a first-round exit from the 2010 World Cup when, 45 seconds into stoppage time, Landon Donovan scored against Algeria for a 1-0 win. Soon afterward, Robby Donoho, a 21-year-old mass communications major at Purdue University, spliced together a five-minute montage of U.S. fans watching, then celebrating the magnificent goal. “The World's Reaction to Landon Donovan's Game Winning Goal” had more than 400,000 hits within a few days and is now at 5.1 million. Today, Donoho is a sports anchor and reporter for WCBI-TV in Columbus, Mississippi. The USA fell, 2-1, in overtime to Ghana in the round of 16.

Diego Forlan. The South African team, Bafana Bafana (Boys, Boys), became the first host team in World Cup history not to reach the second round. The 2006 champion Italy and 2006 runner-up France also fell in group play. The 2002 World Cup winner Brazil lost to the Netherlands in the round of 16. The tournament’s surprise performance came from Uruguay. Diego Forlan won the Golden Ball as the Celeste, which hadn’t gone past the round of 16 in 40 years, finished fourth.

Andres Iniesta. Germany played its best soccer in two decades but fell to European champion Spain in the semis. The Dutch had played sparkling soccer but turned the final into an ugly affair that featured 14 yellow cards and one red card (although referee Howard Webb let Nigel de Jong stay on the field after he kung fu kicked Xabi Alonso in the chest in the first half). Andres Iniesta’s goal with four minutes left in overtime gave Spain its first World Cup title. Goalscoring, at 2.27, was the second lowest in World Cup history. More than 3.2 billion people, nearly half the planet’s population, watched at least some of the 2010 World Cup live on TV and more than 900 million tuned in to the final.