On Wednesday, FIFA's 207 members should decide who will host the 2026 World Cup. United 2026 -- the USA, Canada and Mexico -- has been locked in a tight race with Morocco, which hopes to garner the hosting rights on its fifth try.

The 2026 contest marks the first time FIFA members themselves will decide the host. In previous years, it was the old FIFA executive committee that decided, but after the corruption-riddled process to select the 2018 and 2022 World Cup hosts in 2010, FIFA will go directly to its members, the national associations representing soccer around the world.

In the previous cycles, the six confederation presidents held enormous power on the 24-member executive committee. Their power has been dissipated in recent years as they have been caught in scandals across the globe, but the views of the current presidents on the 2026 World Cup bids remain critical to determining the outcome of the race.

Here's a look at the six confederation presidents and how power has changed from 2010 to now.

CONCACAF. Canadian Victor Montagliani  was elected Concacaf president with the goal of expanding programming for smaller nations, hence the creation of the Concacaf Nations League for national teams and Concacaf League for clubs. While Morocco hopes to peel off support for United 2026 from within the Caribbean -- ministers of St. Lucia, Dominica and St. Kitts & Nevis have come in favor of Morocco -- Montagliani is confident that everyone in Concacaf will come around.  "I think it was pretty obvious, the unanimity of the Concacaf family in supporting the United bid," he said after the Concacaf Congress on Monday. 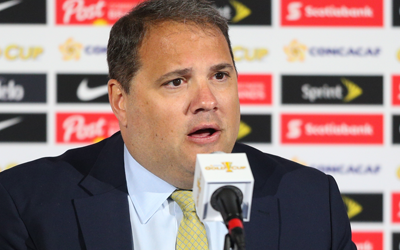 From 2010 to now: No less than three Concacaf presidents were indicted in the bribery scandal that rocked international soccer. Jack Warner is still fighting extradition from Trinidad & Tobago while Jeffrey Webb from the Cayman Islands and Honduran Alfredo Hawit both pleaded guilty and are awaiting sentencing.

CONMEBOL. Paraguayan Alejandro Dominguez was elected Conmebol president in January 2016. In April, Conmebol came out in favor of United 2026. It has not wavered since. Maroc 2026 asked for the opportunity to speak to Conmebol members in Moscow. Dominguez turned it down, saying there was no room on the Conmebol Congress agenda.

From 2010 to now: Nicolas Leoz was Conmebol president in 2010 when he supported Qatar over the USA for the 2022 hosting rights. (In the 2018 bid race, a Leoz aide famously asked the English FA if it might consider naming the FA Cup after Leoz.) In 2013, after 27 years in power, Leoz resigned and in 2015 was among those indicted. Successors Eugenio Figueredo and Juan Angel Napout were also indicted. Figueredo pleaded guilty while Napout stood trial in Federal court in Brooklyn, where he convicted on multiple counts.

UEFA. Slovenian lawyer Aleksander Ceferin was elected UEFA president in September 2016. He serves as chairman of FIFA's World Cup 2018 organizing committee and therefore holds tremendous power within FIFA. He has come out hard against the new competitions proposed by FIFA president Gianni Infantino. He told Tass on Saturday it was not up to him to tell any member association how to vote. "Each of the 55 UEFA members will carefully study the two bid dossiers and then make the decision they believe is best for the 2026 World Cup," he said. "I don’t vote and I don’t influence anyone to vote one way or another."

From 2010 to now: Michel Platini, whose support for Qatar was instrumental in the Gulf state beating the USA for 2022 hosting rights, was banned by FIFA from soccer for four years in December 2015. He was replaced on an interim basis by Spaniard Angel Maria Villar, who fined by FIFA for failing to cooperate with the investigation into the 2018 and 2022 World Cup bidding process and arrested in 2017 on suspicion of embezzling funds.

CAF. Ahmad Admad, a native of Madagascar, was elected president of the African confederation, toppling Issa Hayatou in 2017 with Infantino's support. That relationship has been put to a test as he is a vocal Morocco supporter and railed against FIFA positions that he believes were trying to undermine the Maroc 2026 cause.

From 2010 to now: Hayatou, defeated by Ahmad in a bid for re-election for a sixth team in 2017, was reprimanded by the IOC, where he has been a member since 2001, for taking a bribe from ISL. He was accused of but never charged with accepting a bribe to vote for Qatar 2022. He is facing charges by the Egyptian authorities of violating anti-monopoly rules in the selling of CAF commercial rights.

AFC. Sheikh Salman Bin Ibrahim Al-Khalifa was elected president of the Asian confederation in May 2013 and ran for FIFA president in 2016, losing to Infantino on the second ballot. Sheikh Salman was unable to consolidate support within Asia and Africa, which was expected to be enough for him to win. With that in mind, Salman has said the AFC won't vote as a bloc in the 2026 race. Sheikh Salman's influence in the Middle East is being threatened by the emergence of Saudi sports authority chief Turki al-Sheikh, who is a big United 2026 backer and has formed a new regional body, the South West Asian Football Federation, with 14 members.

From 2010 to now: Qatari Mohamed bin Hammam's reign as AFC boss ended in June 2011 when he was suspended amid allegations he had bribed 25 Caribbean Football Union members with $40,000 each in unmarked envelopes distributed by Warner at an event in Trinidad. Chinese Zhang Jilong served as acting president until 2013.

OCEANIA. In April 2017, Oceania president David Chung was the first confederation president to come out in support of the United 2026 bid, but his successor, Lambert Maltock from Vanuatu, says Oceania 11 members should be free to make their own choice: ”We prefer that each association will vote according to what he believes.”

From 2010 to now: Tahiti's Reynald Temarii was banned from taking part in the 2018 and 2022 World Cup votes after the Sunday Times filmed him asking for money to fund projects. He was later suspended from all soccer activities for taking money from Bin Hammam. Chung's reign as Oceania boss ended in April when he resigned, citing personal reasons. The decision came amid an audit into an Oceania building project.