Omar Gonzalez on the haunting own goal, Liga MX vs. MLS, and who he'll be watching at the World Cup

No doubt about it, 29-year-old defender Omar Gonzalez  is one of the most successful players in American soccer history. As a youth player for the Dallas Texans, he was part of the first American team to win the Dallas Cup Super Group and he won two U.S. Youth Soccer national titles. He lifted the NCAA Division I title with Maryland in 2008. After winning three MLS Cups with the L.A. Galaxy, he moved to Liga MX, and won the Clausura 2016 and the 2017 Concacaf Champions League with Pachuca before moving to Atlas in the recent Draft. 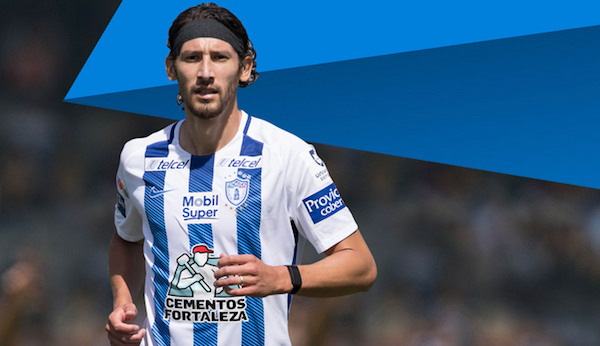 Gonzalez has played 48 times for the USA, played at the 2014 World Cup, and won two Gold Cups, scoring twice during its 2017 title win.

But last October, his own goal in a 2-1 loss to Trinidad & Tobago was part of a sequence of events -- including comeback wins by Honduras over Mexico and Panama over Costa Rica – that doomed the USA’s quest to reach the 2018 World Cup.

SOCCER AMERICA: One of the most impressive scenes I’ve witnessed from a professional athlete is you coming out to address the media – something that’s not required of players -- after the loss at Trinidad. You apologized to U.S. fans and said that the own goal will haunt you forever. How you coping now?

OMAR GONZALEZ: I don't think I'll ever really be past it. It's going to be with me forever. But as time has gone on it's gotten easier to move on. But the disappointment of not qualifying -- that's the lowest of low that one player could go through.

Your national team, you're only with them a few weeks out of the year. After that, you go back to your club team, which depends on you to perform well and get over what ever happened, because they're on a different agenda.

That's also what helps you get over the disappointment – performing for your team and the guys who count on you to be present, to do your job.

Over time, it's gotten easier. It still pops into my head every now and again, especially with the World Cup starting.

SA: How tough was it dealing with the fallout of the USA not qualifying – the criticism from fans and media?

OMAR GONZALEZ: For me, it was easier than it was for the MLS players because I went back to Pachuca. Obviously in Mexico it wasn't as big of deal. My teammates returning to MLS and had to face the media -- everyone being distraught and asking questions.

It was easier for me, without being bombarded by questions, to deal with it on my own.

SA: Will there be anyone in particular you'll be following at the World Cup?

OMAR GONZALEZ: From Pachuca, there’s midfielder Erick Gutiérrez [Mexico] and my center back partner, Oscar Murillo, who plays for Colombia. Mexico’s Hirving “Chucky” Lozano, I played with him for two years before he moved to PSV. My college teammate Rodney Wallace is with Costa Rica.

SA: Do you have a World Cup favorite?

OMAR GONZALEZ: I want Brazil to win it. Just because of what happened to them in front of their home fans [7-1 loss in the 2014 semifinals to Germany] -- that was another low for a lot of players. They're a really talented team and have a shot at final.

OMAR GONZALEZ: I think Mexico has a great, very talented team. They have a deep roster. They have a great opportunity to get past the round of 16. 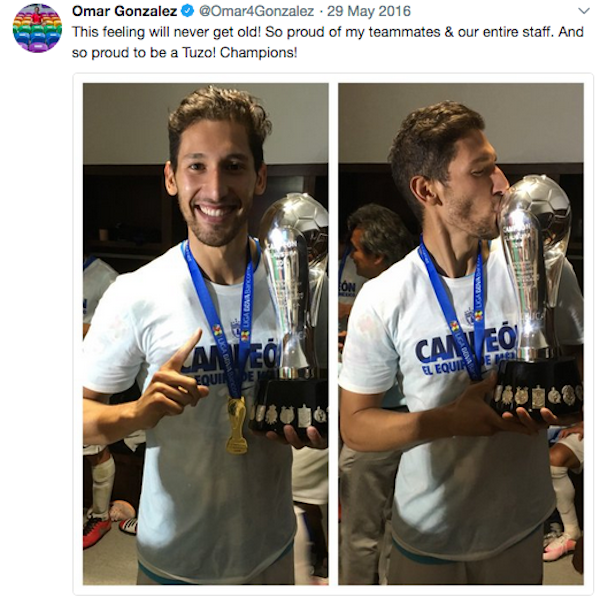 SA: What are the main differences between MLS and Liga MX?

OMAR GONZALEZ: There's a lot of parity in MLS, but I think there's even more so in Liga MX. Every team is very good. I think Liga MX has deeper rosters. Another difference is how short the seasons are in Mexico.

SA: Right, there two championships, Apertura and Clausura, with playoffs, each year ...

OMAR GONZALEZ: It makes every single game so important. In MLS, you can have a scenario where you're losing and losing, and you think, "Don't worry about it. We'll make it up later." That's not the case with Liga MX.

SA: What about playing style? Any adjustments you had to make?

OMAR GONZALEZ: When I arrived at Pachuca, my coach wanted to play higher lines and higher up the field -- and that was asked of me, so that's different than what I did in my time in MLS.

There's more possession in Liga MX, I would say. But the things that are alike are the aggressiveness, the speed of the game -- both leagues are very difficult in that aspect.

SA: How comparing the fans, the atmosphere in the stadium?

OMAR GONZALEZ: I think in MLS, the fans have gotten really good and more and more teams own stadiums bringing in season-ticket holders, selling out, making for a great environment.

In Mexico, there's so much history, so much tradition and passion.

SA: Do you get recognized a lot in public?

OMAR GONZALEZ: Interestingly enough, it's similar to when I was with the Galaxy. Probably a little bit more here, but everyone is so friendly, respectful. It’s really good.

SA: How about pressure from the media?

SA: You're fluent in Spanish, right?

OMAR GONZALEZ: I get by just fine. There's no issue there.

SA: Born and raised in Texas, did you grow up speaking Spanish?

OMAR GONZALEZ: My parents spoke to me in Spanish and I responded in English. I am the youngest of four, so my older siblings were already in school and speaking English, and English was easiest for me.

OMAR GONZALEZ: I think they think of me more as a American.

SA: What are your earliest soccer memories?

OMAR GONZALEZ: My dad watched Liga MX. My brothers and sister grew up playing soccer. When I was 4, my parents threw me out there at the local park with the rec team.

My earliest memory is going to the 1994 World Cup games at the Cotton Bowl, and that's when my dream started. I wanted to be down there playing one day.

SA: Were you always a defender?

OMAR GONZALEZ: I played all over -- midfield, forward. I didn't start playing center back right before college. I think it's good try every position and see which one sticks.

SA: What Liga MX team did your father support?

OMAR GONZALEZ: My family is originally from Monterrey, so they were big Monterrey fans. But it’s all Pachuca now.

men's national team
3 comments about "Omar Gonzalez on the haunting own goal, Liga MX vs. MLS, and who he'll be watching at the World Cup".
Read more comments >
Next story loading