World Cup Retro 2014: Five names to have at your fingertips

Here are five names to have at your fingertips about the 20th World Cup, hosted by Brazil and won by Germany. 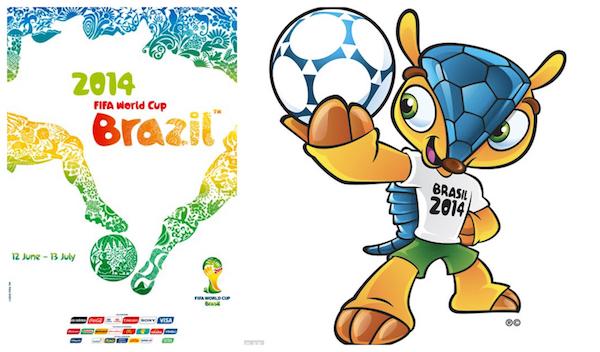 Ticos. Costa Rica had been drawn into Group D with three former World Cup champions: Uruguay, Italy and England -- and Los Ticos finished first in the group. They opened with a 3-1 win over Uruguay and clinched second-round passage in their second game with a 1-0 win over Italy on a Bryan Ruiz goal, before tying England, which had been eliminated after its first two games. Ruiz struck again in the round of 16 1-1 tie with Greece that Costa Rica won in a penalty kick tiebreaker. In the quarterfinal, Costa Rica exited on PKs after tying the Netherland, 0-0. It was the best World Cup showing by a Concacaf team since the USA reached the quarterfinals in 2002.

Tim Howard. After the USA finished second in Group G -- with a win over Ghana (2-1), a tie with Portugal (2-2), and a loss to Germany -- it faced Belgium in the round of 16. The Belgians dominated and outshot Coach Jurgen Klinsmann's team 38-15, but the USA managed to take the Belgians to overtime thanks to the heroics of Tim Howard. The keeper made 15 saves, the most ever in a World Cup game since they started keeping track of saves in 1966. Howard was finally beaten in overtime by Kevin De Bruyne and Romelu Lukaku before substitute Julian Green hit a consolation goal in the USA's 2-1 loss.

James Rodriguez. At 22 years old, the Colombian introduced himself to the world by winning the Golden Shoe with six goals, including two golazos in a 2-0 round of 16 win over Uruguay. Colombia, which hadn't been to a World Cup since 1998, fell, 2-1, to host Brazil in the quarterfinals. Following the World Cup, Real Madrid paid Monaco a $90 million transfer fee to acquire James and within 48 hours sold $20 million worth his No. 10 replica jerseys. The Colombian won the Bundesliga title last season with Bayern Munich while on loan from Real Madrid.

Mineirazo. When Brazil hosted the World Cup in 1950 and lost the deciding game, 2-1, to Uruguay in Rio's Maracana Stadium, the debacle was dubbed Maracanazo, a new word coined to describe a sudden catastrophe. Hosting the World Cup for a second time 64 years later, Brazil bombed again, falling 7-1 in the semifinals to Germany at the Estadio Mineirao in Belo Horizonte. The feeble Brazilian performance -- without star Neymar who suffered a broken bone in his back when kneed by Colombia's Juan Zuniga -- was dubbed Mineirazo. Adding insult to injury, Miroslav Klose goal broke Ronaldo’s all-time World Cup record of 15 goals.

Mario Goetze. Germany reached the World Cup final for a record eighth time and won its fourth World Cup -- thanks to Mario Goetze's goal against Argentina 13 minutes into overtime -- following titles in 1954, 1974 and 1990 (as West Germany). The Brazilians cheered on the Germans in the stadium and celebrated Die Mannschaft's victory in the streets, thankful that Argentina had been denied. Tens of thousands of Argentine fans, far more than could acquire final tickets, had streamed into Rio with plans to celebrate a World Cup win on their archrival's soil. “Thank you Goetze! You gave great joy to Brazil at the end of the Cup of Cups,” read a Lance! front-page headline.