Book Review: The largest youth talent search in soccer history chronicled brilliantly in 'The Away Game'

A book for soccer fans and non-soccer fans alike, “The Away Game: The Epic Search for Soccer's Next Superstars,” by Sebastian Abbot, appears to tell the story of a Qatar Sheikh and his attempts to find the next superstars in soccer. But the reader quickly realizes the book is a lot more than that when Abbot introduces his protagonists, five young African boys out of the millions who were scouted in the biggest talent identification program ever. 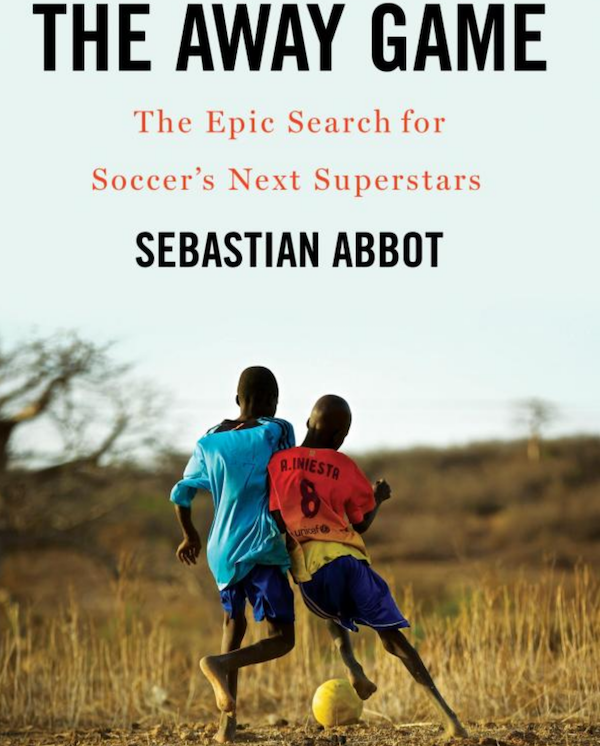 "The Away Game" paints the true reality of what it takes to make it to the big leagues, and the reader learns the sometimes brutal truth of what the multi-billion dollar industry actually looks like.

In the end, the rags to riches story that was promised turns out to be a fugazzi for most, if not all, of the kids who are chasing the ultimate dream.

Qatar’s unlikely rise to one of the wealthiest nations in the world coincided with its wishes to also become a respectable opponent on the soccer field. But how would they do it?

Sheikh Jassim Bin Hamad Al Thani, a huge fan of soccer and son of the then-ruler of Qatar, decided that for Qatar to be a world-beater in soccer, it needed to build its own state-of-the-art academy and develop players for its national team. In the end, the biggest talent identification experiment fizzled out, but what was left behind are the lives of the players who were affected by the program.

What emerged from Jassim’s original idea was Aspire Academy, one of the world’s most impressive training facilities. The academy was step one; the next step would prove much more difficult. With the help from the Spanish scout who launched Lionel Messi’s career at Barcelona, Josep Colomer, Jassim developed the program called Football Dreams, an audacious, if crazy, talent search for the next Messi.

Colomer and his scouts scoured the entire continent of Africa -- at least 5 million players in the first decade of the program -- by holding tryouts by the couple hundred in every city and town from Senegal to Egypt to South Africa and everything in between.

The tale that follows is one of hope in an ocean of defeat, and one of despair after years of hard work. “The Away Game” follows a couple boys on the journey from their mud-thatched roofed homes and the dirt fields they learned to play on to Qatar, where they perfect their craft and begin to see out their dream of becoming professional players in Europe.

The story ends with most of the kids failing in their dream, but in a way, the sad end was inevitable. After all, only 1% of the 10,000 kids in the English academy system make a living playing the game, and the global rate isn’t much different.

Although Football Dreams pegged itself as a humanitarian endeavor, ethical questions were raised after kids returned from Qatar, empty-handed, back where they started with nothing to show for their time spent at the academy.

Expertly investigated and written with skill and grace, "The Away Game" provides excellent insight into the dark underbelly of the global game. We all love seeing Premier League stars shine every weekend, but what we don’t see are the millions of kids who devoted their life to making it -- and came up just short.

Abbot explores data analytics and its increasing use in talent identification; Prozone’s game intelligence model helps reveal how effective players are under different kinds of pressure in regards to movement and decision-making, both on and off the ball, while expected goals also help illustrate a player’s soccer IQ.

The illicit trade of underage African players is also explored; ironically, the law that protects these players by not allowing them to sign with professional teams is the very same law that impedes on their development. Many players have mouths to feed at home and are impatient to get their chance in the professional soccer landscape.

At the same time, Abbot explains how many agents, coaches, and academy officials who are often times only interested in youth players as economic assets and not people, putting in peril their futures while doing so.

The tense relationship between youth teams, professional teams, the Aspire Academy, agents, and coaches help explain why it’s so hard to find players and properly develop them at the highest level. What you will come away with, if nothing else, is the absurd amount of talent and hard work that in the end, is worthless.

Uplifting at times and stunning at others, "The Away Game" chronicles one of the most expensive, wide-ranging, and daring human enterprises ever conducted.