Mexico's excellent start to Russia 2018 under Coach Juan Carlos Osorio  is arguably El Tri's best ever at a World Cup, although Mexico does have a long history of impressive group-stage performances while reaching the knockout round in its last seven World Cup appearances. 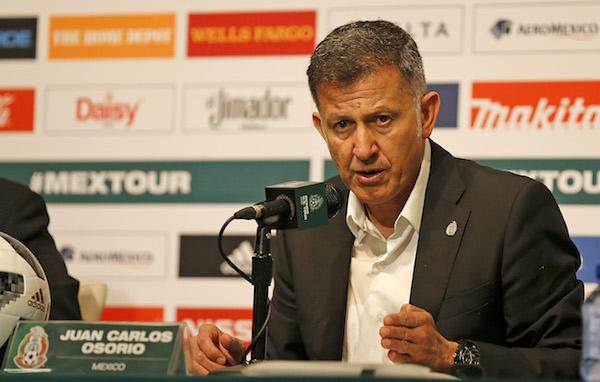 At that 1994 World Cup, Mexico exited the round of 16 in a penalty-kick tiebreaker loss to Bulgaria in which Coach Miguel Mejia Baron infamously did not employ subs for a 120-minute battle in the New Jersey summer heat. That marked the first of six straight round-of016 losses, which included a 2-0 loss to the Bruce Arena-coached USA at the 2002 World Cup.

Reaching the quarterfinals is thus the holy grail for Osorio's squad in Russia.

Osorio came to the USA from his native Colombia in the mid-1980s, played college ball at the University of New Haven and Southern Connecticut State, and got his first coaching license at a U.S. Soccer Federation course taught bilingually by then-LIU coach Arnold Ramirez. Osorio served as an assistant coach of the A-League's Staten Island Vipers and MLS's MetroStars (now Red Bulls) before spending six seasons as Manchester City assistant coach. His return to the USA included stints at the Chicago Fire and New York Red Bulls, whom he guided to a runner-up finish at MLS Cup 2008.

In a March 2018 interview with Soccer America, Osorio explained how vital his U.S. experience was to his approach to coaching. He studied other sports, such as by attending Chicago Bulls practices.

"One thing that had a great impact on me was how Americans approach the games," he said. "My time in the United States definitely marked my life forever."

His stints with Mexico's Puebla and Brazil's Sao Paulo sandwiched six titles, league and cup, with Colombia's Atletico Nacional. He became Mexico coach in late 2015 and El Tri beat the USA on U.S. soil in World Cup qualifying for the first time since 1972, and punched its ticket to Russia with three games to spare.

Osorio, however, arrived in Russia as perhaps the most unpopular coach in El Tri history, a constant target of derision from fans and pundits. Legendary Mexico forward and former El Tri coach Hugo Sanchez said: “If Osorio is such a good coach, why isn’t he coaching the Colombian team?”

A Mexican reporter, from a major Mexico City newspaper, in the Levi's Stadium press box before Mexico's March friendly against Iceland said Osorio was a bad coach because he constantly tinkered with the lineups. After El Tri won 3-0 against the Icelanders, who had conceded only four goals in their previous 15 games and hadn't conceded more than two in a game since losing to France at Euro 2016, the reporter said, "He's still a bad coach. Mexico was horrible in the first half!"

“Fuera Osorio!” (Out with Osorio!) had become a common chant from fans at El Tri's games.

But the Mexican federation never wavered in its faith in Osorio, even after a 7-0 loss to Chile at the 2016 Copa America Centenario, nor did his players. 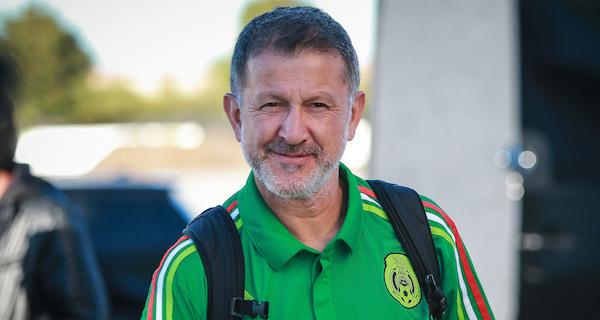 "We didn't listen to the criticism," said Javier "Chicharito" Hernandez. "It was just noise."

After fans greeted Osorio upon his return from Mexico's semifinal elimination from the 2017 Gold Cup at Mexico's airport with “Fuera Osorio!” and "Go back to your country," Hernandez posted a letter on social media that included: "I’m speechless after seeing the video with Profe Osorio’s arrival to Mexico. It made me embarrassed, it made me angry and most of all it made me very sad."

After the win over Germany, veteran Rafa Marquez said, "We dedicate the win to (Osorio) because he deserves it the most. He’s worked, he’s suffered a lot and no one believed in him apart from us and he’s planned this very well.”

On Saturday, as Mexico was beating South Korea the large continent of Mexican fans hailed the coach with chants of “El Profe Osorio!”

Pre-World Cup, the Mexican media had dismissed Osorio as a fitness coach (a role he did serve at Manchester City in the early 2000s) and mocked his academic tone (Osorio is a sports science aficionado) as Osorio racked up the Mexico's best winning percentage since the 1930s.

Mexico's strong World Cup has forced the Mexican press to change their tune, and even Sanchez had to praise Osorio's tactics against Mexico.

But the biggest tests are yet to come.

The final verdict on Osorio will come if he can manage to take Mexico to the quarterfinals for the first time since Mexico hosted the World Cup in 1986.

world cup
6 comments about "Coach who started out in the USA aims to take Mexico to new heights".
Read more comments >
Next story loading