Iago Aspas  accelerated his career with a white lie, but he had to wait a long time to make his debut for Spain. 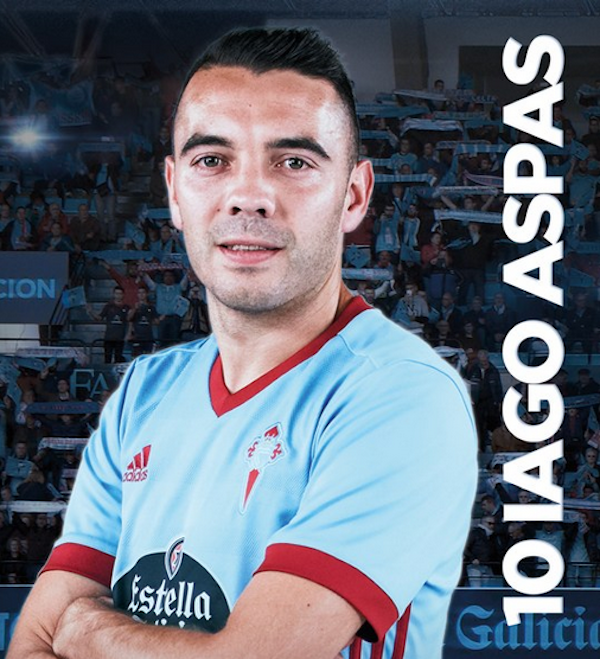 Eager to join the youth program of his most prominent local club, Celta Vigo, at age 8 he claimed to be the minimum age of 9. The Galician club where he started his career also turned to be out be where he would take it to the heights that finally earned him a debut a Spain debut two years ago at age 28.

In that debut, a November 2016 friendly against England at Wembley, he came on at halftime and scored in the 2-2 tie. He's now made 12 appearances for Spain, scored six goals -- one per 63 minutes of action -- and became world famous for his brilliant stoppage-time equalizer in Spain's final group game, a 2-2 tie with Morocco.

Aspas replaced Diego Costa for the last 13 minutes of its 3-3 opening tie against Portugal. He stayed on the bench in a 1-0 win over Iran, and replaced Diego Costa in the 74th minute against Morocco. In the first minute of stoppage time, with his back to the goal, with sleight of foot, a delicate touch on a crisply struck low cross from Dani Carvajal, Aspas delivered a valuable goal for Spain. 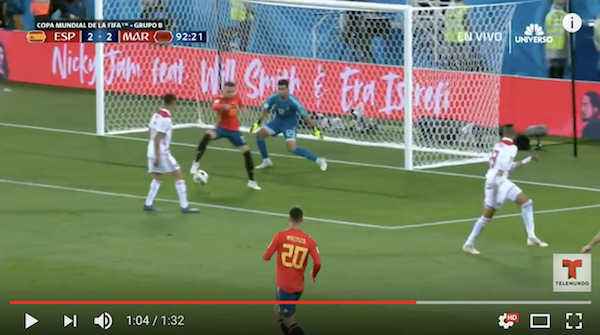 The tie earned Spain a round of 16 date with Russia, which although host entered the 2018 World Cup as the lowest among the 32 teams in the FIFA Rankings. Portugal must face a much more formidable Uruguay.

Aspas' career had been a bumpy one. He racked up fines in his early days at Celta for tardiness and other minor transgressions, but eventually matured and was named Second Division Player of the Year for the 2011-12 season while helping Celta win promotion to La Liga 1.

A 2013 move to Liverpool did not pan out. He made 14 EPL appearances and managed one goal. Another disappointing season, at Sevilla, led to his homecoming to Celta Vigo.

Last season, Aspas was the highest scoring Spaniard in La Liga, with 22 goals, trailing only Luis Suarez (25), Cristiano Ronaldo (26) and Lionel Messi (34). He accomplished this while playing for a team that finished a modest 13th place.

In his 12 Spain appearances -- five came in World Cup qualifying, during which he scored three times -- he has started only twice. Spain's a tough lineup to crack, but that goal against Morocco should ensure we see more of him on Sunday.