Germany humbled -- a reminder that no one has the perfect formula

"Like a drunk boxer swinging wildly in the dark" is how one German journalist described the defending champion at the 2018 World Cup. 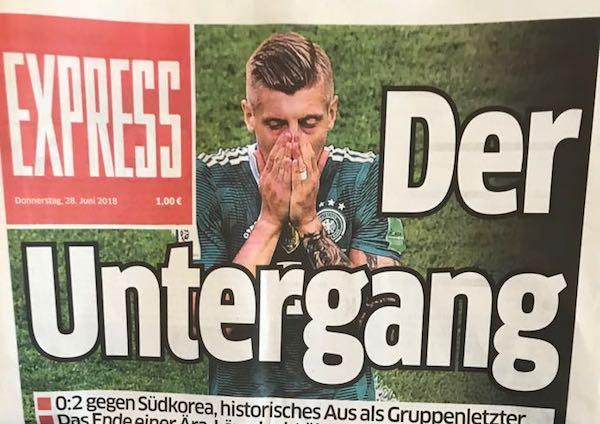 That was written by Deutsche Welle’s Jonathan Harding after Germany beat Sweden, 2-1, before South Korea KO'd “Die Mannschaft” with a 2-0 win. Germany had opened with a 1-0 loss to Mexico, and for the first time in World Cup history failed to advance out of the group stage.

Germany’s third-place at the 2006 World Cup on home soil, four years after finishing runner-up at the Japan/South Korea World Cup, would usually have been seen as a failure by a world soccer power.

But Germans celebrated Coach Jurgen Klinsmann's team en masse. A half million gathered at Berlin’s Fan Mile to celebrate a win over Portugal in the consolation game.

The excitement may have been sparked because people sensed that Germany was on the verge of a soccer rebirth after an era that included first-round exits at the 2000 and 2004 European Championships, and meager quarterfinal appearances at the 1994 and 1998 World Cups. And they were correct.

The 2006 third-place finish did come with a young, attack-minded, exciting team -- signaling greater achievements ahead.

After Klinsmann's assistant Joachim Loew took over, Germany finished runner-up at Euro 2008, and played its most impressive soccer since the 1970s at the 2010 World Cup in South Africa, beating England 4-1 and Argentina 4-0 en route to a third-place finish.

Another documentary was made, this time titled, "Die Mannschaft," and opened in 500 theaters. Books were written, such as "Das Reboot: How German Soccer Reinvented Itself and Conquered the World," hailing the ways in which Germany overhauled its youth development programs, incorporated high tech, and was set to rule the soccer world for years and years to come. 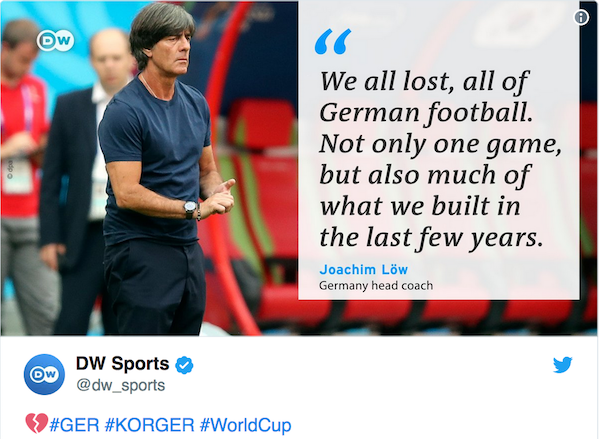 One year ago, the San Jose Earthquakes announced a collaboration with the DFB, "focused on knowledge exchange, game development and machine learning." Today, the Earthquakes are in 22nd place of the 23-team MLS.

On the eve of the World Cup, the German soccer federation (DFB) held a press conference to market their analytics operations, prompting a New York Times headline, A Scary Thought: Germany Is Better Prepared Than in 2014.

Before the 2018 World Cup, the  [DFB] renewed Loew's contract. He was already the world's highest paid soccer coach at a reported $4.4 million per year.

What are those shirts worth now? What about Loew?

He’ll forever be a World Cup champion. But in Russia Loew fielded a team in a must-win game against South Korea, which started out with losses to Sweden and Mexico, that included six UEFA Champions League winners, and players who have won Bundesliga, Spanish La Liga and Italian Serie A titles. The Korean star Ki Sung-yueng boasts a Scottish Premier League title.

But the Koreans beat Germany.

For sure, Germany finishing last in its group surprised us, but history demonstrates that world dominance in soccer doesn't exist. Germany joins France (2002), Italy (2010) and Spain (2014) as the most recent European World Cup winners to fail to reach the knockout stage. (Brazil's 2006 title defense ended in the quarterfinals.)

Even the Germans have not discovered the formula, the perfect recipe, the sports science or technology for a game that comes down to 11 vs. 11.

germany, world cup 2018
13 comments about "Germany humbled -- a reminder that no one has the perfect formula".
Read more comments >
Next story loading