Tab Ramos on 2018 World Cup tactics, quality of play, VAR, and what young players should pay attention to

U.S. Hall of Famer Tab Ramos' World Cup experiences include assisting on Earnie Stewart's goal in the USA's historic 2-1 win over Colombia at the 1994 World Cup. Ramos, the U.S. men's U-20 national team coach and U.S. Soccer Youth Technical Director, has had up-close look at this World Cup while serving as a commentator for  U.S. Spanish-language broadcaster Telemundo. 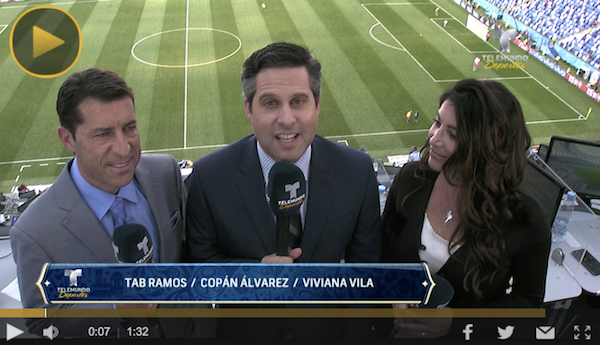 SOCCER AMERICA: What's the atmosphere like compared to all the World Cups you've been to?

TAB RAMOS: I have been lucky enough to attend many World Cups as a player and as a coach. This is the best World Cup I have ever been to. Russia is an amazing and the cities are beautiful.

SA: Have you spotted any trends so far at this World Cup, perhaps in terms of tactics or playing style?

TAB RAMOS: It seemed that the World Cup 2014 showed most of the teams were leaning toward playing with only one forward and many teams playing with five in the back. This World Cup seems to be the one in which many teams let either three or four players roam up top, interchanging positions. Most teams are playing with one or two holding midfielders to give those attacking players room to roam.

SA: Obviously, we'll see a lot more in the knockout stages, but so far how would you rate quality of play, the entertainment from the teams?

TAB RAMOS: It has been a very well played World Cup. Teams have so many quality players who can win games. Physically, even the non-traditional teams are battling to the end and tactically no one is behind, all teams have a clear plan. The difference has been the quality of the special players. Argentina doesn't get through to the next round without Lionel Messi's goal, and only Messi could score that goal.

SA: Any teams you've been particularly impressed with or disappointed by?

TAB RAMOS: Croatia has been the most impressive. Peru was fun to watch and so was Serbia. I was also impressed by Colombia's game vs Poland and by Uruguay's easy first round. Brazil is getting into a next gear and Portugal is strong.

The biggest disappointment is obvious, that would be Germany. Most in the business have talked about the re-structure of Germany and everyone wants to replicate it. In the end, it's always about quality of players more than any system. You can't re-structure every time you lose.

I was also disappointed by Argentina's lack of tactical solutions and movements when Messi is not involved. Egypt was poor and I kept reading about Iceland and their ratio of coaches per capita, but they just defended with nine players inside their own box the whole time.

SA: What's your opinion on how VAR been implemented so far?

TAB RAMOS: There is no question that VAR is a step in the right direction and that it is making the game better. Unfortunately, some obvious mistakes have been made but I think it will get better and better. 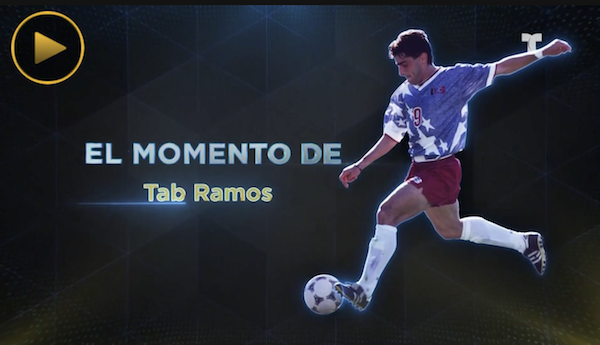 SA: Do you wish VAR was around when you played?

TAB RAMOS: Yes, I hope it comes to Concacaf fast!

SA: Did you tell your U-20 players to watch the World Cup and keep an eye out for certain things?

TAB RAMOS: We may discuss when I see them but if I find a particular play during games -- MLS, Champions League or World Cup -- that I think may allow them to understand something better, I text them.

SA: Generally, what do think young players should pay particular attention to while watching the World Cup?

TAB RAMOS: The speed of play and the quality of the control. 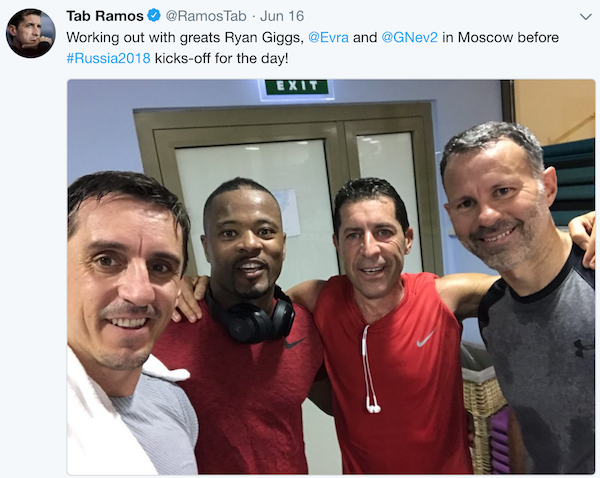 SA: You must be running into all sorts of people from the soccer world. Any highlights so far? Former teammates, opponents, or coaches you've reunited with?

TAB RAMOS: There is nothing like the World Cup, everyone is here. I have been working with Diego Forlan, Carlos Hermosillo, Juan Pablo Sorin, Teofilo Cubillas, Rolando Fonseca and Juan Pablo Angel [at Telemundo]. It has been a great experience to analyze games with amazing minds of the game. I have also talked with Lothar Matthaeus, Ryan Giggs, Gary Neville and Patrice Evra, I also saw former teammate Antonio Carlos Santos from my time at Tigres [in Liga MX].

SA: What do you think of the Uruguay team?

TAB RAMOS: Uruguay is Uruguay. Always good defenders, good forwards and nothing in between. This time the defenders and forwards are world class. It's a dangerous team and mentally very strong.

[Editor's note: Ramos emigrated to the USA from Uruguay at age 11.]

SA: Costa Rica was so impressive in 2014. Any insight on what went wrong with the Ticos?

TAB RAMOS: I don't think anything went wrong, they played well and did not get results.

SA: What are people saying, or asking you, about the USA failing to qualify?

TAB RAMOS: Not much.

SA: How beneficial is it for you as a coach to be at the World Cup?

TAB RAMOS: It's great to analyze games of the very best players. You can take so much in when analyzing the best teams. I lived it last World Cup in Brazil as assistant coach, so I am glad to be back.

SA: Anything you pay particular attention to? Stuff you'll be able to share with your players?

TAB RAMOS: Movements of individual players, compactness of teams, the physicality of teams, teams who attack with numbers in transition. It has been fun to watch.