From Simonsen to the Schmeichels: 10 things to know about Denmark

Denmark eked its way into the second round in its latest attempt to match some of its pretty impressive glory days. 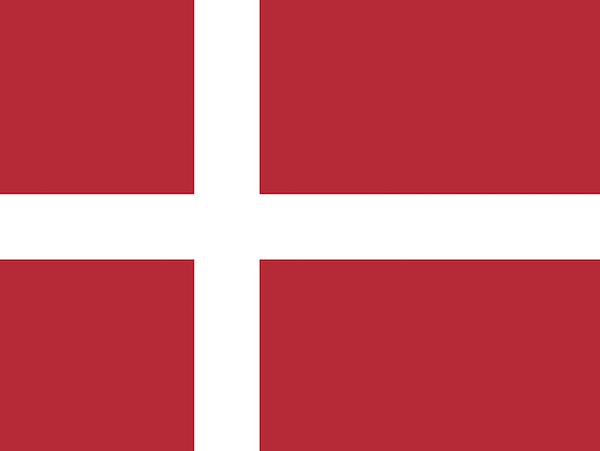 A 1-0 win over Peru, 1-1 tie with Australia, and a scoreless stalemate with France sent the Danes into Sunday's round of 16 clash with Croatia.

1. Denmark’s late arrival to the global game
The Danish soccer federation (DBU) banning professionals from the national team until 1971 stunted any possibility for a competitive team. The Danes finally qualified for the World Cup in 1986.

2. Danish Dynamite lights up Mexico 1986
Frank Arnesen, among the many Danes who would reach stardom via Ajax Amsterdam, led Denmark to a semifinal appearance at the 1984 European Championship. The Danes stole the show during group play at the 1986 World Cup, as Arnesen, Soren Lerby, Preben Elkjaer Larsen, Jesper Olsen, Michael Laudrup and Co., won Group E with wins over Scotland (1-0), Uruguay (6-1) and West Germany (2-0) – as its fans made famous their song, “We are red, we are white, we are Danish dynamite.” But midnight came for the Cinderella team with a 5-1 loss to Spain in the round of 16.

3. From beach vacation to champions of Europe
In 1992, Denmark narrowly missed out on qualifying for the 1992 European Championships in Sweden, finishing second in its group to Yugoslavia. While the Danish players were soaking up the summer rays on the beach, UEFA announced banning Yugoslavia, in accordance with United Nations sanctions for its attacks on Bosnia and Herzegovina. Denmark went on to win the tournament! After advancing from a group with England and France, and downing Euro ‘88 winners Netherlands on penalties, Denmark beat world champion Germany, 2-0, in the final.

4. Father and son goalkeepers
A big star for Denmark during its 1992 Euro win was goalkeeper Peter Schmeichel, Denmark’s most capped player with 129 appearances. His 31-year-old son, Kasper, has played 38 times for Denmark and guards its goal at this World Cup.

5. The Greatest Dane
Michael Laudrup was part of Coach Johan Cruyff’s Dream Team at Barcelona, winning four successive La Liga titles from 1991-1994, and won his fifth successive La Liga title when he moved to archrival Real Madrid in 1995. Laudrup was named the best Danish player of all time by the DBU in 2006. Laudrup never received a red card in his career. Romario, his teammate at Barcelona, said Laudrup was the best player he played with, and that he could score and make goals at will.

7. The current star
Tottenham Hotspurs’ Christian Eriksen is eerily similar to Laudrup: quick and technical on the ball with superb vision, the Danish maestro has been vital to Tottenham’s resurgence.

8. Lord Bendtner
With 30 goals in 79 appearances, Nicklas Bendtner is Denmark’s highest scorer among active players. But Lord Bendtner, as he has been dubbed his cult following, failed to make it to the 2018 World Cup because of a groin injury. Also failed was a petition signed by 6,000 Lord Bendtner followers urging FIFA to delay the World Cup until he was healthy. The 30-year-old Bendtner, who was famously quoted saying: “If you ask me if I’m the best striker in the world, I will say yes, because I believe it,” played for six clubs, including Arsenal, Juventus, VfL Wolfsburg before landing at Rosenberg.

9. Soccer Made in Germany
The first Danish star whom American soccer fans became familiar with was the dynamic 5-foot-5 Allan Simonsen, who starred at Borussia Mönchengladbach in the 1970s when PBS aired weekly Bundesliga games called by Toby Charles. Simonsen, European Player of the Year in 1977, won three Bundesliga titles with Gladbach before moving to Barcelona.

10. MLS Connection
Two Danes currently play in MLS: Niko Hansen of Columbus and David Ousted of Vancouver, neither of whom have played for Denmark. Nine other Danes have previously played in the U.S. league, most notably midfielder Ronnie Ekelund, who won 2001 and 2003 MLS titles with the San Jose Earthquakes, and Miklos Molnar, who scored Kansas City's winning goal in MLS Cup 2000, the same year he played for Denmark at the European Championship.

club world cup, denmark
1 comment about "From Simonsen to the Schmeichels: 10 things to know about Denmark".
Next story loading