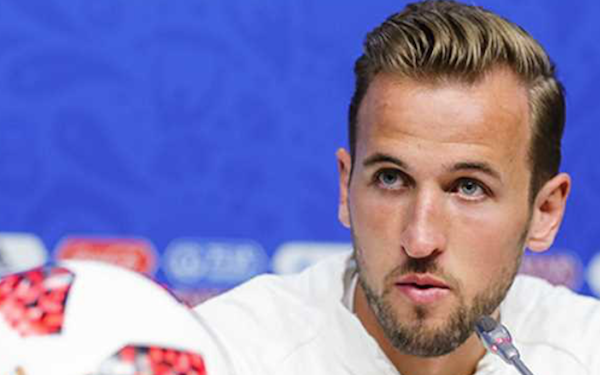 As the weeks and months count down to a World Cup, anxiety of fans and followers of the national teams head to the tournament grow and grow.

They worry mostly about injuries, of course, but they also wonder if their players will be among those too tired, too banged up, or just too burned out once the matches commence. Another Argentina flame-out has pointed that finger at Lionel Messi, again, and even the super-fit Cristiano Ronaldo didn’t look very sharp as Portugal stumbled out of the tournament against Uruguay.

So far, another brilliant Premier League season hasn’t caught up to Spurs and England striker Harry Kane. After winning the Golden Boot with 29 goals in the 2016-17 season, he led the pack once again for much of the season until an ankle injury sidelined him in the spring and Mohammed Salah of Liverpool (and Egypt) took over. Kane topped his previous best by netting 30 goals in league play, but Salah scored 32.

At the World Cup, however, no one is ahead of Kane. The England captain tops all scorers with six goals despite sitting out the group finale against Belgium. In the round-of-16 match Tuesday against Colombia, he survived several crunching tackles and scored England’s only goal during regular play, then coolly converted its first penalty kick by which it finally prevailed, 4-3, in a shootout after six consecutive failures in the tiebreaker at major competitions.

“There’s been a lot [said] about this being a young team,” said Kane in his postgame comments. “We’ve grown up a lot out there on that pitch tonight.”

Kane, 24, has done his own growing-up rather rapidly. Rejected by Arsenal as a youth player, he caught on with Tottenham at 11 and debuted for the first team just five years later. His scoring rate for the club is remarkable: 140 goals in 213 games (all competitions) and as noted, 59 Premier League goals in the last two seasons. (He also scored for Spurs in the 2015 MLS All-Star Game.)

As his club career blossomed, he moved up through the ranks of England’s youth teams and in March, 2015, scored just 80 seconds into his debut for the senior team against Lithuania at Wembley Stadium. Thirteen months ago, he was named England captain for the first time and nailed a dramatic stoppage-time equalizer to forge a 2-2 tie with Scotland in a World Cup qualifier at Hampden Park. Four months, later his stoppage-time winner against Slovenia clinched England’s slot in the World Cup.

The common thread is plain enough. He scores consistently and rises to the occasion in important matches, such as the quarterfinal England plays Saturday against Sweden.

He netted both goals in England’s 2-1 group-opening defeat of Tunisia and rang up a hat trick in the second game against Panama, which prompted this paean from England manager Gareth Southgate: “We wouldn’t swap him for anyone in the tournament in terms of No 9s because you know that, when he gets opportunities, he’ll bury them. Just as important is the way he presses, holds the ball up, contributes to the overall game, and sacrifices himself for the team.”

His World Cup prowess has rekindled speculation he’ll move to a foreign club fairly soon if not later this summer, but wisely Tottenham signed him to a new contract in June that runs until 2024. The club moves into its new stadium -- built right next to the its former home White Hart Lane -- this season and will likely rebuff all foreign offers as it embarks on Champions League play in a gleaming new facility.

His Tottenham fate is far removed from the focus of English fans. They’ve been captivated by the energetic, skillful squad assembled and prepared by Southgate that is looking as good as any remaining team in a wide-open final eight. And their captain has already tied the English record for World Cup goals in single tournament set by Gary Lineker in 1986 that prompted a move for him to Barcelona.

But as he showed in a turbulent, sometimes ruthless showdown with Colombia, Kane is not easily fazed or distracted. Twice in previous games he’d been felled by opponents awaiting a set play and despite FIFA having instructed referees to punish such fouls with penalty kicks, no such action had been taken.

Nearly an hour had elapsed scoreless Tuesday when Kane grappled with Carlos Sanchez as an England corner kick descended into the Colombian penalty area. Kane wound up under Sanchez on the ground and American referee Mark Geiger emphatically pointed to the penalty spot. The goalmouth roiled with yellow jerseys as the Colombians surrounded Geiger and shouted in protest.

During the melee Kane found the ball, picked it up, and waited patiently for order to be restored. Once it was, he squared up to the ball and Colombian keeper David Ospina -- a familiar Premier League foe employed by bitter London rival Arsenal – and drove a shot past him right down the middle.

England held the 1-0 lead into stoppage time and were within seconds of victory when Colombia got its own goal off a corner kick to force 30 minutes of extra time and then the penalty kicks. Kane went first for England and though Ospina guessed correctly and dove to his right, he couldn’t get his glove on Kane’s shot that tied the teams, 1-1. Both teams led before Eric Dier converted his kick that sent England through to the quarters by a 4-3 count.

If it beats Sweden, England will have pushed deeper into the tournament than it has gone since losing to eventual champion West Germany – on penalty kicks, of course – in the 1990 semifinals. It exited the World Cup by the same route in 1998 and 2006, as well three times in the European Championships. The reaction rumbled througout a country dulled by disappointment and euphoric at success.

“I’m incredibly proud of everyone,” said Kane in a postgame interview. “It was tough. We were so close to winning it in normal time and get hit with a set piece. That one hurt, but we went again. It went to penalties and we stepped up when it mattered.”

Stepping up is what Kane has consistently done for club and country. With Jamie Vardy an injury doubt for Saturday, a nation will once again count on its captain.