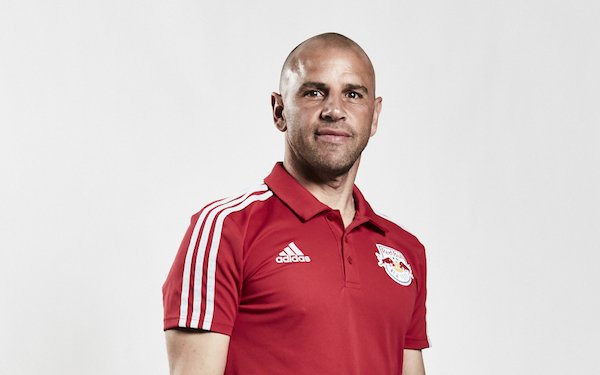 The former MLS All-Star and U.S. midfielder is in the crosshairs following a Red Bulls’ announcement Friday that former head coach Jesse Marsch is joining sister club Red Bull Leipzig of the German Bundesliga in an unspecified role. RB Leipzig does not have a head coach though it has already hired Julian Nagelsmann to lead the team starting next year, and nothing has been heard from the German outpost of the Red Bull empire as to what it has in mind for Marsch, who was Armas’ teammate on the Fire and coached Montreal during the 2012 MLS season.

“We are fully supportive of Jesse and his decision to pursue a new opportunity,” said Red Bulls sporting director Denis Hamlett. “Jesse played a large role in establishing our club identity, but the culture here is the result of the dedication and hard work of many.

“We are confident in Chris Armas. We know Chris and the coaching staff will have our team ready to compete each week, and they will continue to find ways to improve and work towards our ultimate goal of winning MLS Cup.”

The Red Bulls are second in the Eastern Conference behind Atlanta United with a record of 10-4-2 (32 points) but are slightly ahead of that rival in points per game (2.0-1.95). This midseason move is a jarring one to the MLS team and its fan base, yet a crucial phase in the aspirations of Marsch, an avowed devotee of the European game anxious to try his hand in that environment.

Leipzig finished sixth last season in the German Bundesliga, a significant drop from its sensational runner-up placing in 2016-17 yet still a solid showing from a team that was mired in the fifth tier of German soccer when it was bought and renamed by parent company Red Bull GmbH in 2009.

It rose up through the lower divisions and fulfilled management’s target of Bundesliga play three years ago. Last month it parted ways with Austrian head coach Ralph Hasenhüttl and agreed to wait a year while Nagelsmann completes his obligations to Hoffenheim. Leipzig will begin its Europa League schedule next month.

So where does Marsch fit in? Apparently, at the side of sporting director Ralf Rangnick, the team’s sporting director who coached Leipzig in its 2015-2016 promotion season. Rangnick coached several German teams prior to his stint with Leipzig -- Schalke 04, Stuttgart, Hannover, Hoffenheim – and stepped aside two years ago to make way for Hasenhuettl, but is expected to return and fill the role for the 2018-19 campaign. When Nagelsman arrives, so goes the theory, Marsch stays on as his assistant and possible successor.

Despite Hamlett’s words of encouragement regarding Armas, he steps into a huge hole. In three and a half seasons Marsch compiled a record of 58-35-35 (W-L-T) and led the Red Bulls to a pair of Eastern Conference regular-season titles, including the 2015 Supporters’ Shield for best overall record in the league.

A former teammate of Marsch with the Fire and his chief assistant coach since 2015, Armas has no professional experience as a head coach. After ending his playing career in 2007, he worked one year under Hamlett as a Fire assistant coach and four years as head coach of the women’s team at his alma mater, Adelphi University. Armas, 45, was born in the Bronx and grew up on Long Island, so his local ties are unquestioned.

“On behalf of the entire organization, I'd like to thank Jesse for what he helped build here over the last few years,” said Red Bulls general manager Marc de Grandpre. “Chris has emerged as a leader in his own right, and embodies our core values on and off the field. We are excited for him to take this opportunity and know he will perfectly represent our club.”