The world's most popular sport delivers a trove of tropes, phrases and colorful descriptions for what happens on the field -- and now there's a book for those who are fascinated by soccer, language and culture: "Do You Speak Football?: A Glossary of Football Words and Phrases from Around the World," by British author Tom Williams. 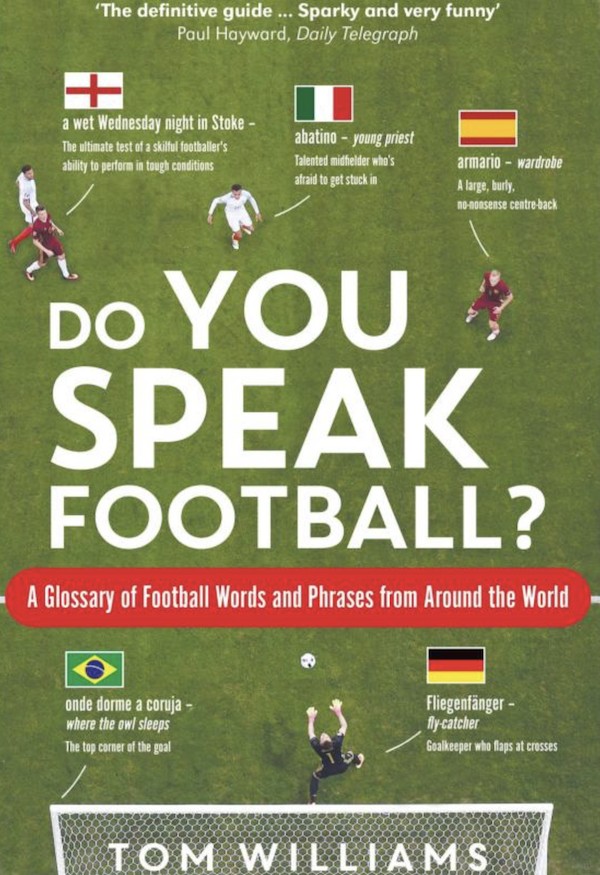 It covers some terminology that has made its way into the English-speaking soccer world, and explains the origins, such as golazo, gol olimpico (a goal scored directly from a corner kick) and rabona (kicking behind the standing leg, what Italians call an incrociata.) But in a well-organized presentation, through all continents and scores of countries, we get delightful language lessons in hundreds of words and phrases that reveal how the world talks about soccer.

A hard-tackling workhorse midfielder in Germany is called a Kampfschwein (battle pig). Perna de pau (wooden leg) is what Brazilians will call you if he have a bad first touch, or if you fail to shine in big games, you're a pipoqueiro, "popcorn man." In Turkey, a clever playmaker is a cilingir, a locksmith because he can unlock tight defenses.

The Argentine playmaker is the enganche -- the hook, because he knits the midfield and attack together. Speaking of Argentina, that's where they have La Pausa (the pause), a reference to the playmaker who takes his time to make sure his teammates are in the right position to accept the pass.

The next World Cup is in Qatar, where a foul thawb is when a player uses his tunic to prevent getting nutmegged in pickup play. At this summer's World Cup we've seen some brilliant stuff from France. If it's a perfect pass for shot on goal, that would be un caviar. If Spain hadn't exited prematurely, we'd have seen more of its players perform the croqueta.

Speaking off nutmegs, Williams delves into all possibilities on how playing the ball between an opponent's legs got that name in English, including the testicle theory, and delivers a long list of how it's described in other countries. They include terms that translate to pipe, undies, pickle, little window and violin.

What I would have added to the USA section is "shutout," a better term than "clean sheet," which sounds like laundry.

But one can hardly imagine a more extensive and entertaining collection from the wonderful world of soccer words.