The Girls Development Academy finished its inaugural season with championship wins by FC Dallas (U-15), Real Colorado (16/17) and LAFC Slammers (U-18/19). 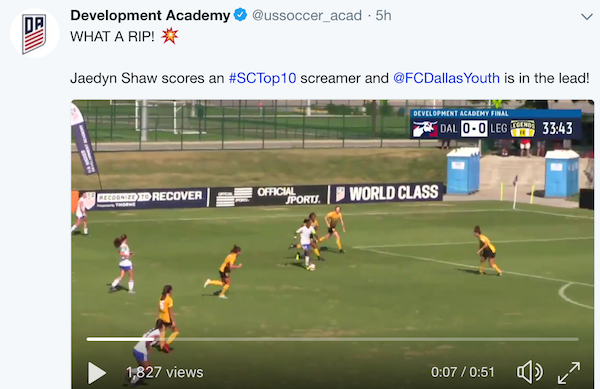 Coach Matthew Grubb's FC Dallas prevailed of Southern California's Legends FC thanks to a 22-yard strike by Jaedyn Shaw and Riley Baker finishing off a precisely hit long through ball from Morganne Eikelbarner. 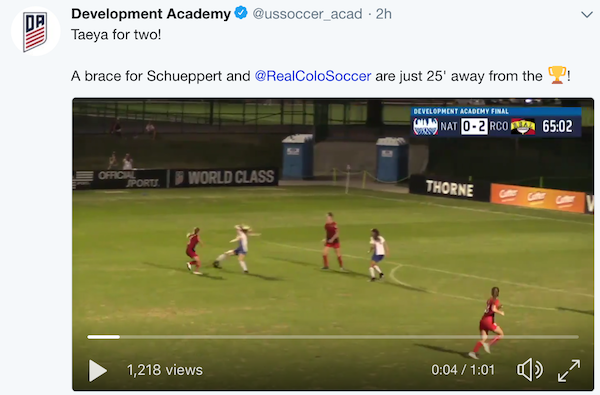 Coach Jared Spires' Real Colorado got two goals from Taeya Schuepper, including a penalty kick early in the second half, to Michigan's Nationals. Lydia Totten opened the scoring at the stroke of halftime after running on to a drop-kick from goalkeeper Halle Mackiewicz. 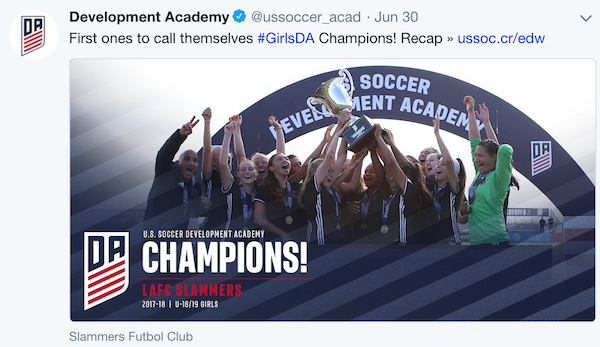