Hartford Athletic will join USL in 2019 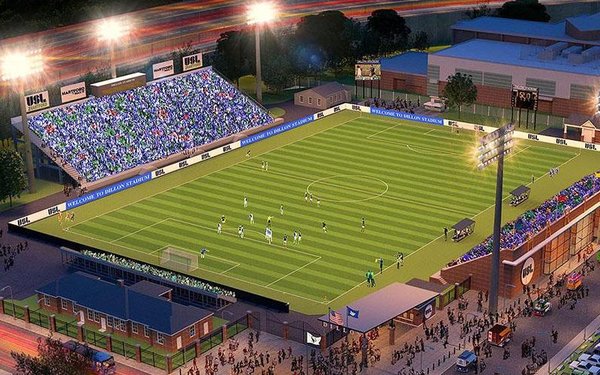 Pro soccer will return to Hartford, Connecticut, in 2019 with the launch of Hartford Athletic in the USL.

The Hartford Sports Group will operate the team, which will play at Dillon Stadium, which has $10 million in state funds earmarked for renovations through the Capital Region Development Authority.

Dillon Stadium, which is projected to seat 6,000 fans after work is complete, was originally built as a minor-league football stadium. It was the home of the NASL's Hartford Bicentennials in 1975.

The USL previously operated in central Connecticut in 1993-94 when the Wolves played in New Britain.

"We’re proud of where we’re from and can’t wait to build a Club that will energize our community and bring people together," said Bruce Mandell, the chairman & CEO of Hartford Sports Group. "As an organization, we’re dedicated to winning on and off the field, and we have all the ingredients for success that we’ve seen in so many other soccer cities. Let’s dream big together and use the world’s game to continue the momentum in Hartford."

Hartford is the sixth city slated to join the league next year after Austin, Memphis, El Paso, Albuquerque and Birmingham.