Phil Murphy, Governor of New Jersey, on his love for soccer and the richness of its diversity

Last November, Phil Murphy was elected Governor of New Jersey, succeeding Gov. Chris Christie. Gov. Murphy is also the majority owner of New Jersey's NWSL club Sky Blue FC, and is a former board member of the U.S. Soccer Foundation. He served as U.S. Ambassador to Germany from 2009 to 2013. 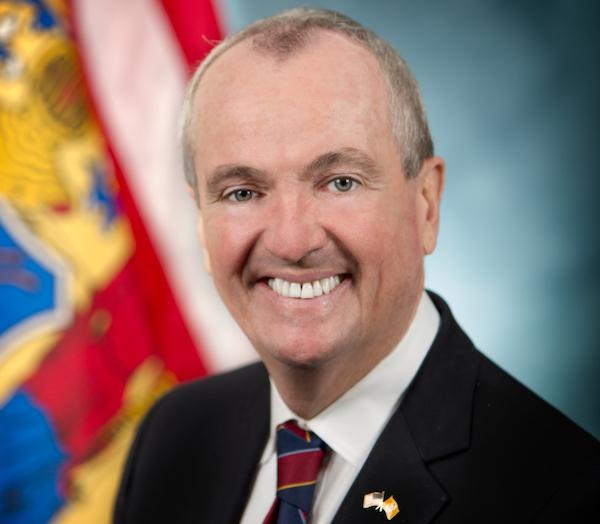 SOCCER AMERICA: Are you the best soccer player among our 50 governors?

GOV. PHIL MURPHY: Oh, I’m sure the answer is no. I only played through my freshman year in high school. I was a striker and I wasn’t that good.

Our kids are good. Three boys and a girl. They love the sport. They love watching it and they love playing it. But I’m absolutely certain beyond a shadow of a doubt there’s a better soccer-playing governor than yours truly.

SOCCER AMERICA: How did you first become enchanted with soccer?

PHIL MURPHY: I grew up with a guy whose mom and dad were Scottish and they used to listen on the radio every Saturday morning to Celtic or Rangers -- and I was intrigued by that. I played for a few years, not terribly well.

But the big one for me was I moved to Germany as a private citizen in the early 1990s and Germany was the defending World Cup champs. I was taken by the sport in a big way while living in Europe.

And then I got married and we had kids and they got involved and we all became crazy fans, and the rest is history.

SA: Is the fact that soccer is such a global sport a part of its appeal?

Our 15-year-old plays on a club team and I think he’s the only non-Latino on the team, which I think makes it an enriching experience for him well beyond the sport.

And in many respects, it’s the most accessible sport. All you need is a ball, and in some places around the world, they don’t even use a ball, they use a bunch of rags tied together. Unlike other sports where you need a particular type of field or particular equipment, all you need is the ball. Soccer is the most accessible sport. That makes it a particularly unique sport. And that furthers the diversity of the sport.

SA: Having lived in Europe for so many years, how would you compare the popularity of soccer in the USA to Europe?

PHIL MURPHY: I think Europeans would be surprised by how intensely the World Cup is being followed in the USA, even without the U.S. team in it … We are the most diverse nation on the planet. And all of the 32 teams have strong communities somewhere in our country.

It's also remarkable that the USA was the biggest non-Russian group of ticket buyers for the World Cup.

The big difference between Germany and the USA is that the Bundesliga is the No. 1 professional sport in Germany. MLS is growing, but still not nearly as big as the NBA or NFL. That’s not to say MLS someday can’t get there and I’m a women’s team owner, that some day they can’t get there. But the fact of the matter is that soccer is the No. 1 professional sport in Germany, in England, in France, in Spain, in Italy …

SA: Americans who aren’t yet soccer fans do pay of attention to the sport during a World Cup …

PHIL MURPHY: Right. How to you sustain and nurture the sport in the 47 months between World Cups?

SA: You were on the U.S. bid committee for 2018 and 2022 World Cups, which went to Russia and Qatar. How involved were you in the successful 2026 World Cup bid?

PHIL MURPHY: I was on the 2018 and 2022 bid committee, although I had to come off because I became the U.S. Ambassador to Germany, so I was not there at the end for the frustration for how that came down, ultimately.

My role this time was much more informal. I hosted the FIFA Technical Committee visit to New Jersey to MetLife Stadium [in East Rutherford, N.J.] and I’m a big soccer guy. I own a women’s team. I also wanted to make the point that not only would this be a transformational reality for New Jersey, and for America -- and MetLife Stadium is I believe one of the prime venues.

I also wanted to make the point that we have a lot of political division in this country, but when it comes to the World Cup we’re going to put that division to the side, and I’m happy to say the Trump administration, to their credit, did what was needed to get the bid. To put the governmental backstop into the bid that they needed to do, and it came out where I expected it would.

[Editor’s note: President Trump wrote three letters to FIFA to guarantee that players, officials and fans would be able to enter the United States without discrimination, and those letters were successfully used by United 2026 officials to allay fears of FIFA members about Trump's position on travel into the United States.]

SA: Speaking of the Trump administration, we are now living in a climate in which immigrants are being demonized. How I see it, the immigrant-bashing is something that affects American soccer, because recent immigrants are very often part our soccer community. What’s your view on that?

PHIL MURPHY: I’ll try not to get too political, but it’s awful. To give you a story that’s really striking. After [Donald] Trump became President, and all of the ICE raids started happening … As I mentioned, my youngest son is on a team I think he’s the only non-Latino. A lot of the parents stopped showing up at the games, because the games were a public schedule. And I just think that’s an incredible tragedy.

That’s a sad story, but the glass half-full story is that the sport can prove, through the richness of its diversity, a big lesson we should be learning right now, as a country, beyond the sport. And I think it has a powerful voice in that respect. 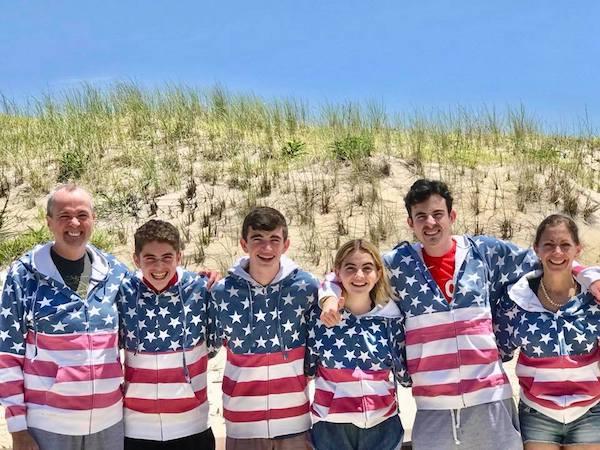 Gov. Phil Murphy and family on the Fourth of July. (Photo courtesy of N.J. Governor's office)

SA: New Jersey is home to two first division professional teams, the MLS’s Red Bulls, and the NWSL’s Sky Blue FC, of which you're majority owner. Sky Blue has been struggling a little bit …

PHIL MURPHY: More than a little bit. It’s a very disappointing season. Disappointing year, not for lack of effort. We have some really talented women, led by Carli Lloyd. A high-quality group trying their hardest. A lot of bad breaks, but clearly not the results that we had expected or hoped for.

SA: How involved are you in the running of the team?

PHIL MURPHY: Not deeply. I’m the majority owner but my principal co-owner is much more actively involved and obviously we have a professional staff at the general manager and business side as well as the coaching staff. I’m intensely involved on the capital side, but less so on operations.

SA: What’s your view on the state of men’s and women’s soccer in the USA?

PHIL MURPHY: The women obviously remain one of the top two or three in the world. A badge of honor for our country. Great, not without a lot of hard work, a lot of dreams coming true. One of the great products of Title IX, which continues to be one of the more important policy moves in the past several decades in terms of sport in America.

The men, very disappointing obviously on the World Cup qualification front. But MLS is developing nicely. Both on the field and off.

I like what I see of the youth squads and the talent we put out for the friendlies in the last six months. There’s a lot of really attractive young talent coming through the pipeline.

The big question there is, who will be the coach? How do we bottle that talent?

SA: Among the long list of soccer talent that has come out of New Jersey is U.S. National Hall of Famer Tab Ramos, who is currently the U.S. men’s U-20 national team coach and U.S. Soccer Youth Technical Director …

PHIL MURPHY: You betcha. My son played a game at his soccer facility last night.

SA: Do you think Ramos should be the next U.S. men’s national team coach?

PHIL MURPHY: No offense one way or the other, but I’m not qualified to know. I’ll take a pass on that. I liked the idea of hiring the general manager position, Earnie Stewart, first, and then giving him the principal task of finding that coach. I think that’s the right order, the right way to do it.

SA: What do you think about the new U.S. Soccer President Carlos Cordeiro, elected in February, and his task?

PHIL MURPHY: I know him very well. I used to work with him [at Goldman Sachs]. I’ve known him for going on 30 years.

I’m a very close friend. I was a close friend of Sunil Gulati as well. I have respect for both of them. I’m very happy Carlos won. Sky Blue had a vote and we voted for him.

On our women’s game, other countries have ripped pages out of our playbook. The key there will be to preserve the lead in girls and women’s soccer culture that we have and stay out ahead.

On the men’s side, in the immediate term: Getting the right coaching and management staff around the national team. Take advantage and bottle that talent. In the longer term it’s going to be figuring out the riddle: where the principal development channel for young talent on the boys to men side is. We’ve been able to figure it out on the girls to women’s side. We’ve been inconsistent on the boys to men’s side. How will that play out next eight to 10 years? That’s big challenge.

PHIL MURPHY: Hertha Berlin, I’d say would be our principal affection. But they’re not -- at least not yet, I think they’ve got the makings of it -- a perennial Europa or Champions League team.

Our family has a broad range. We’re into the sport in such a way, if there’s a good game on between two quality teams, whether we root for them or not, we’re more often than not going to watch.

mls, nwsl, world cup 2026, youth
1 comment about "Phil Murphy, Governor of New Jersey, on his love for soccer and the richness of its diversity".
Next story loading