How do referees improve?

For me, there are five ways that refs can improve and I will describe each way here in order of importance. 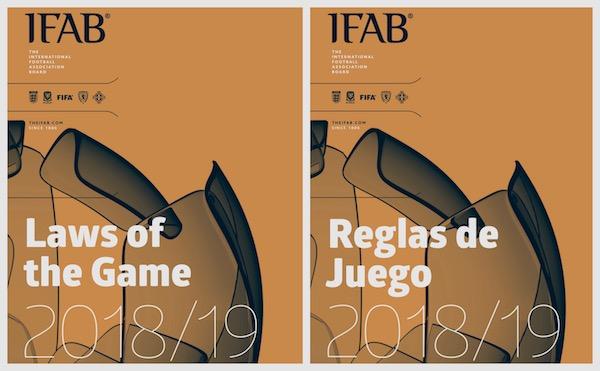 Rulebook can be downloaded HERE or HERE.

1) Read the Rulebook. Refs enforce the rules so it’s obviously vitally important to know what the rules are and all it takes is a couple of hours to read the rulebook. I agree with Mike Woitalla,  that U.S. Soccer should go back to providing a rulebook  when we recertify every year. Without one provided anymore, I purchase a current rulebook and keep it in my ref case. It’s much easier to find the rule in the book than trying to find what it is on my smart phone.

2) Referee Games -- and critique yourself. The game can be a great teacher. A ref should, after every day of games, give a critical and honest assessment on what he or she did right and wrong that day with a game plan on how to not make the same mistakes (or less of them) in the future.

It’s great if an assessor is watching you and you need to understand his/her critique and act on the assessor’s recommendations, particularly if you would like to advance up the referee ladder.

But for most refs, a very small number of their games are being assessed. Yet they are being informally assessed by players, coaches and spectators every game. Please act on these critiques if you hear a pattern of the same complaints. I heard criticism in some of my matches when I was a kid that I was calling the game too tight so I acted and learned to whistle less fouls while still maintaining game control.

3) Be Fit. If you believe that refereeing one or two days per week will make you fit without physically training for it, you are sadly mistaken. Soccer is played at its own pace -- some games are fast, others are slow-moving. With relatively unskilled players, there is even some acceleration of play in spurts. Games will be played at a given pace whether the officials can keep up with play or not. If you are properly prepared for the physical demands of soccer, you will enjoy it much more.

If you have led a sedentary lifestyle, please get the approval of your doctor before becoming a soccer referee and taking on all the physical training that goes with it. The fartlek training method works best for me, as it mimics a soccer game. Rather than just jogging, you jog, sprint, jog ... with an all-out sprint at the end. If you are currently out of shape, start slowly and gradually work up to a mile.

As officials need to run backward and sidestep during the course of a match, try to incorporate both of these moves in your training.

I live in New York where it can be challenging to run outside in the winter. If you cannot do that, using an exercise bike or a treadmill indoors works as a great substitute and you should go quicker and slower while working out just as if you were training outdoors.

4) Attend Clinics. I’ve learned a good deal from clinics and they often bring a different way of thinking and something I never thought of before. With all my experience today, I now understand points clinicians made years ago that I did not comprehend at the time.

5) 'Ref' Games on TV or at a Stadium. When I watch a game, I’m actually officiating it in my mind plus watching the positioning and signals of the officials. Sometimes, the instant replay confirms that I was correct and sometimes not so much. I listen to what the commentators say about the officiating but realize that they are not experts as many never officiated a game in their lives or even opened up a rulebook. It’s much more important to listen to the comments of a ref, such as Fox Sports’ Joe Machnik.

FURTHER READING: Joe Machnik on watching every World Cup game and assessing the performances of referees