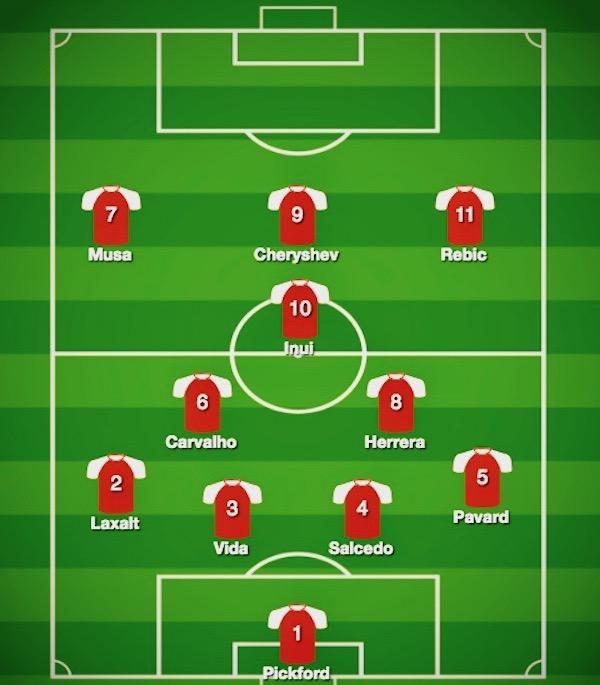 The English goalkeeper, age 24, has only played with The Three Lions’ senior team since November 2017, making just three appearances before the World Cup kicked off. His penalty save denying Carlos Bacca of Colombia made him the only English goalkeeper to save a penalty in the World Cup after David Seaman saved Argentine Hernan Crespo’s penalty in 1998. Perhaps most impressive was his diving save denying Luis Muriel what would’ve been one of the goals of the tournament.

Not much was known of the French center back turned right back when Djibril Sidibe was healthy and Coach Didier Deschamps’ go-to guy for the right back position. But that changed when he was unfit to play. And then, in France’s quarterfinal clash against Argentina, Pavard found himself on the right side of the edge of the box with a miscleared ball bouncing to him.

Maybe remembering Nacho’s strike from a week before against Portugal, Pavard sliced through the ball, his body almost parallel to the ground; after what looked like 100 rotations the ball flung itself into the top left corner of the net. It will go down as one of the strikes of the tournament. Pavard has been excellent on the defensive side too, part of a France team that has only conceded four goals in six games (and three of those were in one game against offensive powerhouse Argentina). 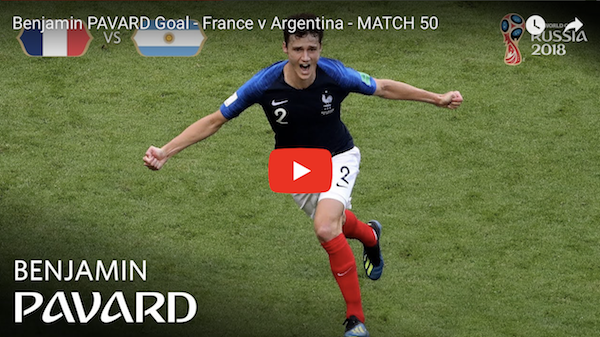 Who would’ve predicted Croatia to make it to the World Cup final? Conceding only four goals, no less? The bookies had Croatia with a 3% chance to win the whole tournament upon kickoff in Russia, but center back Domagoj Vida never saw it that way. A strong-willed center back, if not a hot head –– he was sent off in his Turkish club Besiktas’ round of 16 Champions League clash with Bayern Munich this year after 16 minutes –– Vida has proved invaluable to Croatia, scoring a goal in overtime against Russia in the quarterfinals and being a defensive rock in the back alongside mistake-prone Dejan Lovren.

Dubbed Mexico’s best defender this World Cup, and for good reason. The MLS Real Salt Lake academy product who made his pro debut in MLS had stints in Mexico at Chivas Guadalajara, in Italy at Fiorentina, and in Germany at Eintracht Frankfurt. He was phenomenal in his team’s 1-0 win over Germany and was key to Osorio’s defensive schemes going into the tournament. His size (6-foot-2), youth (24), and technical ability make him a particularly intriguing asset for many European clubs. He’s currently valued at $6.3 million according to Transfermarkt, a career high. He cast doubts on whether he would return to the national team fold upon Mexico’s 2-0 loss to Brazil in the round of 16.

Laxalt was the only player able to keep French superstar Kylian Mbappe in his tracks this whole tournament. He was never beaten down the line and did well to link up play between defense and attack. A midfielder by trade at Serie A side Genoa, his endurance and speed were on display all tournament long. It wouldn’t be a surprise if he finds himself with opportunities to play on teams competing for European club tournaments in the near future (Genoa placed 12th last year.)

Another product of the esteemed Pachuca academy in Mexico –– the same one that produced Hirving Lozano –– Herrera, 28, was superb in all of Mexico’s games, clogging up the midfield on defense and opening up his opponents on offense. The Porto man has been linked to Roma, Lyon, and Arsenal after his impressive string of appearances for El Tri. It was his tackle on Sami Khedira that kick-started Mexico’s attack that led to Lozano’s goal against Germany. He won the most tackles and had the highest passing accuracy for Mexico, seemingly always ahead of his opponents.

Carvalho was invisible on the highlight reel in Russia, but for all the right reasons. On the defensive end, he was the mop in front of a pragmatic Portuguese defense who seemingly was always at the right place at the right time, ready to steer an oncoming attacker to the sideline, endline, or one of his teammates. On the attacking end, he was the glue the brought the ball defense to offense again and again. Similar to N'Golo Kante and Real Madrid legend Claudio Makelele. After his impressive performance in Russia, he has been linked to Premier League side Everton.

Inui performed so well at Russia that La Liga club Real Betis signed the Japanese midfielder from fellow La Liga side Eibar. He scored two goals for Japan and was vital to its round of 16 run; his clever passing and excellent technique made Japan a joy to watch, especially considering Japan was considered the worst out of its fellow teams in Group H. His technique was especially on display when he scored against Belgium: he hit the ball from 20 or so yards out so

The main source of Russia’s attack all tournament long, Cheryshev not only scored goals, but golazos, whether they were with the outside of the foot -– like his strike against Saudi Arabia in the tournament opener –– or a long-range strike, like his ferocious shot against Croatia that left Danijel Subasic with no chance. Cheryshev finished with four goals, and probably wouldn’t have even seen the field had Alan Dzagoev not pulled up with a hamstring injury in the opening 20 minutes of the tournament.

The Eintracht Frankfurt winger has dazzled for Croatia and has been key for its Cinderella road to the World Cup final. He took advantage of Willy Caballero’s mistake, volleying home an errant pass, and was fouled in the Denmark round of 16 match only to have Luka Modric to see his the penalty kick saved. On May 19, he scored two goals in the DFB Pokal final against Bayern Munich, stopping them from completing their double. His tireless work ethic and smooth technique have been on display all tournament long.