Watch: The six goals from highest-scoring World Cup final since 1966

The 2018 World Cup final served up as many goals as the last four World Cup finals combined, and the most in a final since 1966, when England beat West Germany, 4-2, in overtime. The final in Moscow was also the first since 2002 that didn't got into overtime. 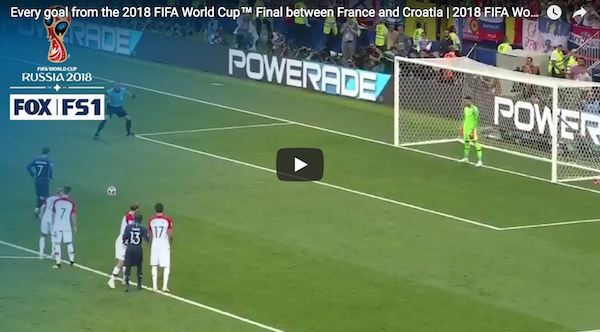