In mid-July, the New York Times published an article headlined, "Youth Soccer Participation Has Fallen Significantly in America." We’ve asked for a reaction from Mike Hoyer, the National Executive Director of the American Youth Soccer Organization (AYSO), which was founded in 1964 and is among U.S. Soccer-sanctioned youth organizations that include U.S. Youth Soccer and U.S. Club Soccer. 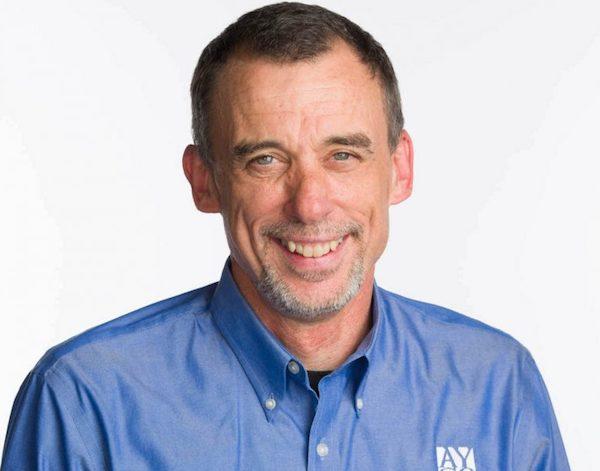 SOCCER AMERICA: What's your opinion on the accuracy of the New York Times' report on youth soccer participation? For example, Tom Farrey, executive director of the Aspen Institute Sports & Society Program, is quoted as saying: “It’s lost more child participants than any other sport — about 600,000 of them.”

U.S. Soccer member-affiliated organizations show a total registration over the last few years that is flat.

SA: Do you believe there is indeed a problem with fewer children playing soccer?

We are aligning with various organizations to promote sports participation. As a low barrier of entry for costs for the program and equipment, soccer will naturally benefit from these efforts.

SA: What changes would you recommend for American youth soccer to decrease the dropout rate of young players -- and/or increase participation?

MIKE HOYER: U.S. Soccer’s participation study indicates what many others have found and what soccer program operators know anecdotally: we are competing to get on the calendar.

Homework dominates the schedule more than sports, video games, playing with friends and other activities. Their study shows that there is a need for a progression in programming for player development that includes options between the entry level and the full travel/club commitment.

This is where AYSO’s EXTRA and AYSO United programs have been successful by offering a player development pathway that includes intermediate to advanced levels of play at a reasonable price and, more importantly, a respect for the holistic youth development by leaving time in the week for non-soccer activities.

We also must consider the market expectations of our new parents who are digital natives. Most have grown up with a la carte options.

Soccer and other organized sports have successful programs that offer soccer play opportunities that are not strictly conformed to the team and league structure. Free play, pick-up, soccer classes are growing in popularity and are relatively simple to deliver. These offer families the opportunity to sample a sport in a more relaxed environment focused on learning the game and to play for fun.

MIKE HOYER: I spoke with Joe Drape in advance of the article being published. It was offered to him that there are many data points to consider. We use surveys and data to identify consistent themes from different sources as an indicator. Relying on one study or one data point, even with an effort to relay the context, may not represent the full picture.

SA: What’s your view on the U.S. Soccer Federation’s role? (Drape writes that, “Although the federation has installed an academy system to standardize coaching and culture, many believe it chokes off a pathway for young players.)

MIKE HOYER: There is more collaboration among U.S. Soccer association members than ever before. This has been confirmed from USYS, SAY, USSSA, USASA, and U.S. Club.

We’ve been meeting on an intermittent basis since December 2015. There is a recognition that in one realm we are competing businesses. In another, a collaborative effort on common elements to increase participation will benefit all involved.

Let’s also acknowledge that U.S. Soccer is involved and invested in the youth game more than ever. This started four years ago, in our view, with the arrival of Nico Romeijn [U.S. Soccer’s chief sport development officer], and the reconfiguration of the coaching licenses and, more importantly an educational philosophy suited to the grassroots soccer coach.

To address the broadest point of participation, the Grassroots licenses will provide consistency of messaging and age-appropriate training. AYSO has been advocating and practicing these tenets since 1988 with small-sided games and our 2011 mandate that coaches have age-appropriate training for the age group and performance environment in which they are to coach.

U.S. Soccer is engaging its members in various focus groups and study groups to evolve or develop programming and education. This is a long process that U.S. Soccer is clearly committed to achieving marked improvements “to make soccer the preeminent sport in the United States.”

The restructuring of departments at Soccer House has fine-tuned the capabilities to deliver the programs and services in their varied departments and be more responsive to the needs of the more than 100 members.

SA: What do you expect from the leadership of new U.S. Soccer President Carlos Cordeiro, who was elected last February?

MIKE HOYER: His first job was to finalize, with our partners from Canada and Mexico, to win the rights to host FIFA World Cup 2026. Job done.

He had several other planks to his campaign that seek to increase participation in an inclusive environment. There have been various discussions about using the target of the 2026 World Cup to promote soccer participation. You are likely to hear more about this in the coming months as Mr. Cordeiro has the opportunity to get to work.