North of Oakland in the San Francisco Bay Area, Richmond is perhaps best known for its Chevron Oil Refinery. It’s also home to a large Hispanic population that has yielded high quality high school soccer teams. Rene Siles has coached the Richmond Oilers since 2000, guided them to North Coast Section playoff berths 18 times, more than 300 wins, and the NCS Division II title in 2015. 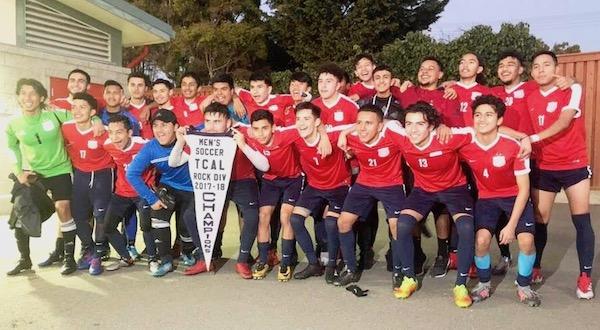 Also having coached youth club soccer, he has seen the pay-to-play issue in American soccer stagnate players’ development. And for Siles, the problem has only gotten worse -- rising costs of club soccer excluding youth players from a pathway that favors more affluent families.

High school soccer is one area that doesn’t exclude players based on socioeconomic status, and it’s no wonder that while Richmond’s high school teams flourish, there isn’t the same success at the club level in the same area.

Siles’ teams have always been majority Hispanic, and his years in coaching at the youth level have given him insight into why Latino talent is so often overlooked in this country.

A native of France, Siles moved to California in the mid-1980s for post-doc work at UC Berkeley. He is also a Software Development Expert at SAP.

SOCCER AMERICA: How did you get into coaching?

RENE SILES: I played intramurals at Cal. My friend asked me if I would coach. I hadn’t ever done it before, so I said yes. Then again, he kind of pushed me to do it, so I said yeah. I coached Berkeley Mavericks, which is different from the current Mavericks. I was with them from 1987 to about 2002. I coached boys 14 to 18. At that time, anybody who could play, played. It didn't matter. If you couldn't pay, you could still play. Most of the players on the boys’ side didn’t pay or didn’t pay much.

RENE SILES: It has changed a lot. I’m trying to get some kids from [Richmond High] to play club, but it’s too expensive. One half to one third of the kids didn't play club or played for a club team without much coaching or not at a competitive level. It’s what we see more and more.

It's not simple, but I mean there's a big problem. Soccer and sports are good no matter what. I can see the benefit. The only time they can play [competitive youth soccer] is high school, because of pay-to-play.

SA: You think it's gotten worse?

RENE SILES: Oh yeah, it's getting worse. Even in 2015 when we won Division II [North Coast Section] a good number of the kids didn’t have a club. They play in adult leagues because it’s cheap and their father or uncle can pay for it. At the school, we have what we call open fields where the kids can come, not during the season, but in the summer they can come. We can’t coach them, but they can come for free.

SA: What does soccer provide for kids?

RENE SILES: In the past, I’ve seen it tends to give them a good direction in their life as teens. There are other pressures from different sides and soccer helps them have some focus. They can avoid things that are risky and it also gives them a sense of discipline and responsibility.

I have a couple of kids from the last few years who are in trouble. Just some really stupid stuff. It happened after they got off [of the team]. ... Many people here tend to see things in economic terms. If the kids stay on the right track, it saves other resources in the long run. It’s not my perspective to say that because providing for these kids is just the right thing to do, but that is one way to look at it. 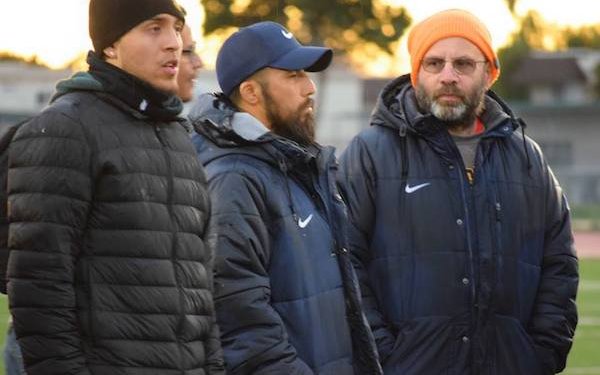 SA: What is unique about the experiences of the kids who are immigrants, or children of immigrants?

RENE SILES: They're caught between the culture here and the culture of their parents. Some are born here, and some are not but were raised here. Maybe their parents don't speak English well. It’s very difficult to live in one culture while being raised in another, completely different life. They can find their way but there is a disconnect.

They use the disconnect to their advantage, too. The parents don't know much about the school system and they're not connected with it. Students can get away with some things, like not telling parents about grades or if they’re failing. And then it’s too late to fix it and they can’t play in the season.

Soccer tends to help you because it really connects you to both cultures in between. When they find the right balance between the two cultures, they really thrive.

SA: Is there a division between foreign-born and domestically born players?

RENE SILES: Yeah, for sure. They come from countries like El Salvador, Honduras, so they've just come here and they don't speak English well. They don't know the culture well. So, there are levels of misunderstanding between the two groups.

When the kids come across borders there is typically a lot of racism to deal with. So, they come here with all of those negative experiences in their head and they don't understand how things work.

The players who immigrate tend to play at recess, they play before and after school. It’s good for their passion of the game but the style of play is a lot different. There is less structure, so it’s more about dribbling, beating players more than once.

That's the game for them because that’s how they played with their friends. This is similar for the kids who grow up here, but not at the same level. And it’s very different from most styles of play in the USA, that usually has more structure. 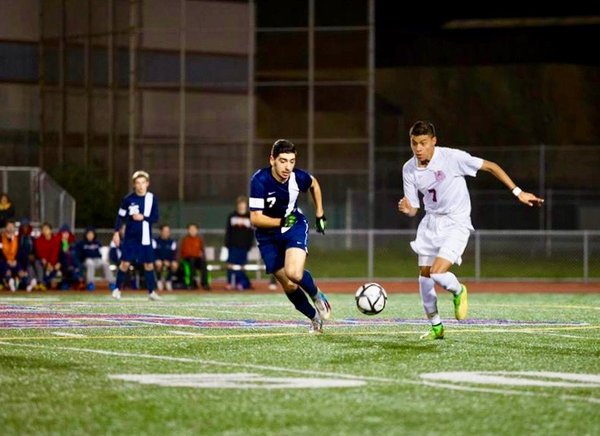 SA: Is there a bias against Latino players?

RENE SILES: I think it’s getting better but it’s still there. Now I think you see it most with the assumptions people make. I remember years ago playing in a high level NCS game. My friend talked to the referees before the game and the referees were worried about diving. We’re against that, I hate that stuff. We had one kid who did it a few times and we got on him. But because someone had seen this kid do that some years before the assumption was that it’s the entire team.

Most of the refs are fine but sometimes there are problems. Some look down upon players, don’t give them much respect.

I remember one NCS final against Monte Vista in 2006. And look, I mean I don't complain about referees. I don't yell at them. But this guy was letting everything play on, there was some really physical play. It was really bad. And then that summer he was an AR at the World Cup. So obviously he was a good referee but made the players wonder at that game. He must be good, they thought. So, the kids tend to internalize this treatment. They feel so helpless.

SA: Why isn’t there a greater presence of Latino players in college soccer?

RENE SILES: I think that's because of pressure on the coach. Typically, you have to keep your job, right? The coach can’t focus on player development or changing how their players play, they need to win. They are paid to win. So, it's just too risky. Sometimes it works out with players; they can change their style of play. But it doesn’t happen right away. They still play with their friends in the same style that they grew up with but when they come to training they adjust to a more structured style, where roles and positions are well defined, which is good.

College coaches probably will think twice because there are safer options. I mean, it's the way that they do their job. … If they have a way of winning by relying on big physical players, that’s what’s going to stay.

SA: Have you seen an increase in Latino players in college soccer?

RENE SILES: We’ve had kids at Saint Mary’s or San Jose State. The way they play is pretty ugly. Long throw-ins, long free kicks, my players don’t like it that much. Adjusting to a four-year university is a big jump for my players.

SA: In light of the USA failing to reach the 2018 World Cup, what should the sports’ leaders be thinking about?

RENE SILAS: How do you make what is middle-class sport here more inclusive like it is in the rest of the world? Because the poorer kids have a fiery passion for the sport. To succeed at this sport you need that passion.