No, it's got nothing to do with Detroit. It's based in Morristown -- Mo-town -- a town of about 20,000 located in New Jersey about 45 minutes west of New York. It's a commuter town with a large Hispanic community, making it a hotbed for soccer.

In eight years, FC Motown has grown from a co-ed team -- No Idea Sports -- to one of the top teams in the National Premier Soccer League, two games away from winning a national championship with a team that includes three former MLS players, Dilly Duka, Julius James and Hunter Freeman.

During that period, FC Motown climbed up the ladder in the Garden State Soccer League and became the top amateur team in New Jersey, reaching the second round of the U.S. Open Cup in 2016 and 2018.

The turning point came in 2017 when FC Motown merged with Clarkstown SC Eagles, one of the NPSL's most successful teams, operated by Oliver Papraniku. In 2018, Clarkstown SC Eagles re-branded as FC Motown, and the team moved to Drew University’s 1,200-seat Ranger Stadium, which will be the venue of Saturday's semifinal against FC Mulhouse Portland, another team with a great name.

Co-founder Dan Karosen tells the FC Motown story and explains what other ambitious players can learn from its success if they want to start their own club. 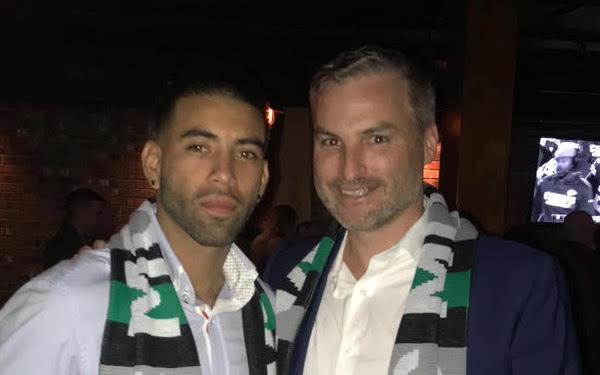 SOCCER AMERICA: Explain the decision to go from co-ed team to the Garden State Soccer League?

DAN KAROSEN: We had a good group of players who wanted to test themselves at a higher level. The Garden State Soccer League provided the promotion and relegation structure to chart our own destiny. The initial key to success was having the core of an all-time team from Montclair State University – a powerhouse Division III program in north Jersey. They were good players and then we added other good players and it just got incrementally better year to year.

SA: And what went into the decision to merge with Clarkstown?

DAN KAROSEN: Clarkstown has a very successful franchise, and Oliver Papraniku thought that our management teams would be a great fit.  We are basically an all-star team of the GSSL and the Cosmopolitan League which Oliver has a dominant team in [Cedar Stars Academy] with the best unsigned talent in a major population area. It really shows how much talent there is in this area.

SA: What did it take to convince players like Duka, James and Freeman to play?

DAN KAROSEN: We are extremely lucky to have Sacir Hot as our coach and he is very wired in the U.S. soccer scene, having played in MLS for the Red Bulls and with the U-20 national team.  Dilly is a friend of Sacir’s and grew up locally in Jersey in Montville and was in a unique circumstance this spring-summer coming off ankle surgery and having his wife pregnant with twins. Dilly brought in Julius after another NPSL side had some growing pains getting started. Hunter was a guy that Oliver, Dilly and Saci knew. It really has been a group effort to build the spine of this team.

SA: What is the background of the other players?

DAN KAROSEN: The background of the other players are varied and reflects our vision of building a club that develops young players.  We have guys like Danny Cordeiro and Dave Nigro, who are only 21 and had brilliant college careers. Lucas Terci was deep in Red Bulls' camp the last two years and is one of the most talented players to come out of Montclair State the past decade. Matt Nigro was dominant playing club ball in Iceland and scored twice against USL side Bethlehem in a friendly, a match we won 4-3 earlier this year. He is a pro who just needs a chance.  We have other guys like Hani Nasr, who is in medical school, and Emerson Lawrence, who has a fast-paced New York City job. Mike Olla, Marcus Hackett and Kene Eze are pro level athletes, all in their prime.  We also have older guys like Chris Riordan and Daryl Kavanaugh, who played professionally in Ireland and Paraguay. 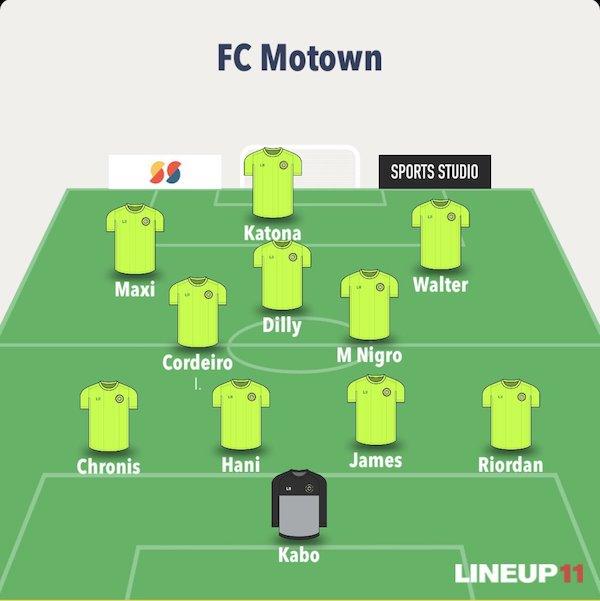 SA: How do you retain your MLS veterans or attract more players like them?

DAN KAROSEN: Dilly had a unique circumstance and Julius has had a great experience with us and loves the area.  We will see what happens after the season. There will always be opportunities, given the hot soccer bed our club is located in and our proximity to two MLS clubs and several USL clubs as well. We are focused, though, on growing and developing players.

SA: What are the growth opportunities for FC Motown?

DAN KAROSEN: We are located in Morris County, a growing area with a population of roughly 600,000 and some large Hispanic communities.  It also has many great youth teams in area. Our soccer operations have been great, but our marketing is something where we need to focus more -- we are working on it.

Morris County is 40 minutes from New York City and there are a handful of Division 1 programs in this radius, giving us a natural area to recruit. In addition, the area is growing and is home to a number of headquarters for Fortune 500 companies and their subsidiaries. We think FC Motown is positioned in a great place to grow as this area develops even more.

SA: What are the costs in running FC Motown?

None of our staff are paid.  We will cover Sacir’s coaching classes, but he dedicates a ton of time for free. The players respect that. Alan Maclintock is another unpaid volunteer who is invaluable, as is Bujar Gjata.

The biggest expenses are field and stadium rental, referee fees, gear and travel to cup competitions. Our loss is in the five figures, but there is a path to being a self-sustaining club.  We have great sponsors in ColaVita Olive Oil, Precision Electric Motors, Enterprise Fleet Management and Atlantis Water Gardens. We drew over 800 fans for the Red Bulls U-23 Open Cup game and have averaged 200 for the playoffs. A goal of 500 per game is achievable next year as we built awareness and have a fun product. This playoff run won’t hurt, either, and the chance to focus this offseason on fine-tuning things and not just building from scratch will be helpful. 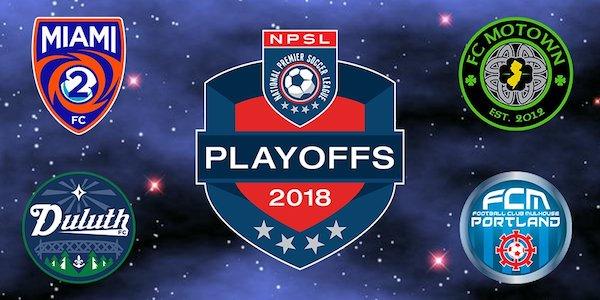 SA: What are the biggest challenges FC Motown will face in the future?

DAN KAROSEN: We will not have Sacir as our head coach and Dilly forever, which is why we went all in this year and tilted older with more of a veteran roster than we historically have. The infrastructure is being built, though, and can survive based on their brilliant work. They know they are keystones to a building of a club.

SA: Everyone thinks they can assemble a winning team on the field but what does it take organizationally? If FC Motown can do it, how can others?

The short answer is that the drive and recruiting capabilities of co-founder Scott Kindzierski led to the rapid rise.  If we were to give advice to build a club, we would recommend getting into a state association league and finding the best field possible at the cheapest price.  It would also be helpful to start with a group of players who are friends as they are more apt to stick with the grind of starting out.  We were lucky enough to start with the core of a bunch of talented Montclair State graduates and build upon the legacy of one of the top Division III programs in our backyard.

We would also recommend getting the best gear possible as that was a differentiator.  We made our way up the food chain incrementally going from co-ed and through the various divisions of the Garden State Soccer League.  The rise is easier if you take it one step at a time.

SA: Any other advice?

DAN KAROSEN: Also, be flexible with players' lives as anyone running a non-professional club knows that players' fitness and lives vary depending on what is going on