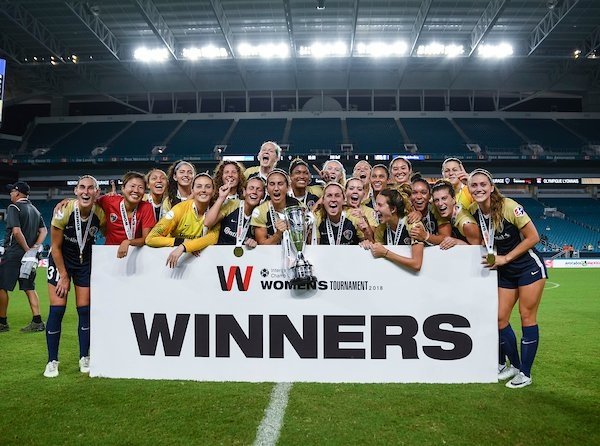 The victory crowned the Courage as winners of the inaugural Women’s International Champions Cup, a four-team competition in which the Courage beat Paris Saint-Germain, 2-1, and Lyon beat Manchester City, 3-0, on Thursday to earn final berths.

The 33-year-old O'Reilly, a three-time USA gold medalist and 2015 World Cup champ, joined the Courage earlier this month from Arsenal, for which she made 38 appearances in 2017-18. She stabbed home a pass from Lynn Williams to give the Courage only goal it needed against a Lyon team that dominated the second half, in which it the crossbar, the post, and was repeatedly thwarted by goalkeeper Sabrina D'Angelo.

Lyon will feel hard done by the result, but the Courage's victory was impressive considering that it fielded a depleted squad.

The Courage, which leads this season's NWSL standings by 16 points, was 2017 NWSL regular-season champ before falling to the Portland Thorns in the final.

The ICC tournament gave the Courage a chance to face off against a Lyon club that dominates Europe -- it has won five of the last eight UEFA Champions Leagues -- and has six players on the 10-women FIFA short-list for 2018 Best Women's Player, including England's Lucy Bronze, Norway's Ada Hegerberg, Japan's Saki Kumagai, and Frenchwomen Wendie Renard and Amandine Henry, who started on Sunday.

The final was televised live by ESPN2, but its 9 p.m. kickoff at Hard Rock Stadium in Miami drew only 2,826 fans. It was, however, a first step at creating a type of World Club Cup that FIFA organizes for the men.

"We relished the chance to come to America and play in such a competition," said Marino Faccioli, the director of Lyon's women's and girls program. "The event was very well-organized, with excellent training fields, an excellent stadium and wonderful hospitality. We were received the same as a men's professional team would expect to be treated. The only thing lacking was enthusiasm from the fans." 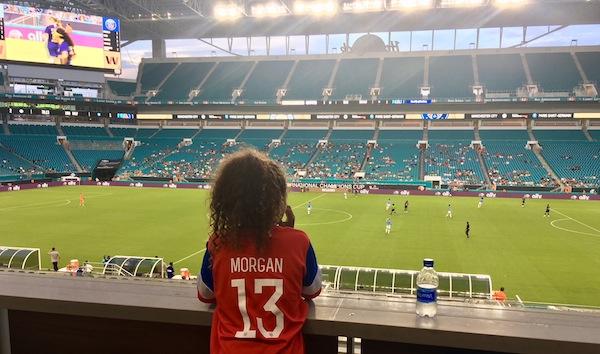 THIRD-PLACE GAME: Manchester City won the consolation game over Paris Saint-Germain, 2-1, on late first-half goals by Jill Scott and Mie Jans after PSG took a lead in the first minute with a goal by Melike Pekel. Caroline Weir set up both Man City goals.