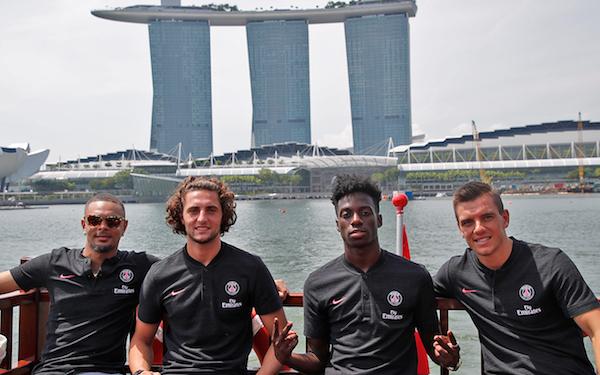 There's no chance Tim Weah will break into the Paris St. Germain frontline, where Neymar, Kylian Mbappe and Edinson Cavani start, but the 18-year-old U.S. international is making a case that he's ready to go in case one of them is unavailable or needs a rest.

That's the case right now with all three of them on vacation after the World Cup, and Weah has been perhaps the most impressive of the young PSG players who have had to fill in for the last three games in the International Champions Cup.

Weah scored in the 3-1 loss to Bayern Munich and was take down for the penalty that led to the PSG goal in the 5-1 defeat to Arsenal. On Monday, he assisted on the second goal in the 3-2 win over Atletico Madrid.

Tim Weah with an assist. This has turned into a fantastic preseason from him. pic.twitter.com/56dec6bz3c

"It's too early to say he's made it," Tuchel said before the Arsenal match in Singapore, "but for the moment he's grabbed his chance. It's a great opportunity for him to be here so soon. Some big players aren't here, so he's getting playing time. He's fast with lots of endurance. He can run a lot, rest a little and still be one of the fastest players. That's pretty incredible. He's got to use his talents not just for him, but for the team."

Tuchel, who was hired by this summer to replace Unai Emery, likes that Weah is willing to learn.

"He has to be a constant danger," he added. "He has to be consistent and always be a professional. Those are the next steps. He has a lot to learn, but he's open, he listens, smiling, intelligent and ready. That's a good beginning. The rest is in his hands." 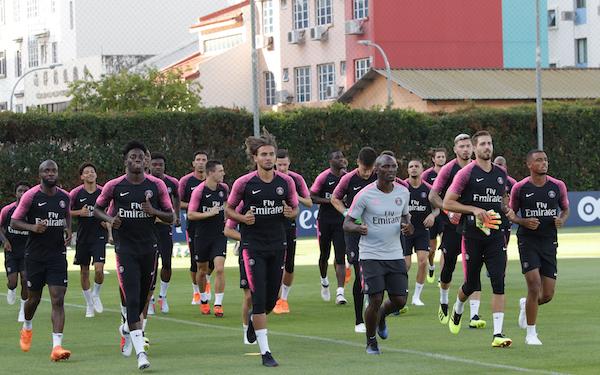 The pressure for Weah is being compared to his father, George, the Liberian president who played at PSG among other clubs.

“I don’t see that name on my back," he said after the Arsenal match. "It is the fans who see it, so there is no pressure. I just try and play my own game and every single time I get out there, the plan is to leave it all behind and leave my name on the pitch."

Weah, who made three first-team appearances at the end of the 2017-18 season, said he isn't rushing anything and doesn't mind spending the season on the bench behind Neymar, Mbappe and Cavani.

“I don’t have a problem with that because it’s all part of learning," he added. "I’m still young and have a whole career ahead of me.”