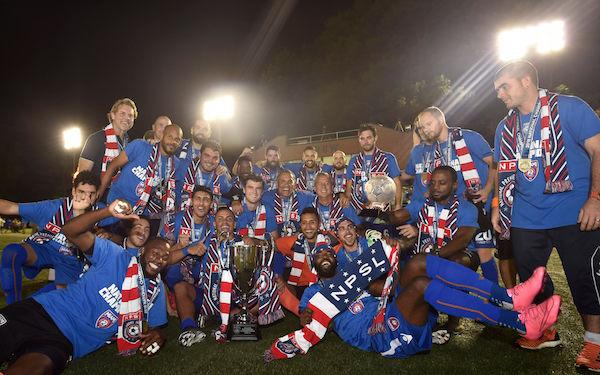 A year after winning both halves of the NASL regular season, a slimmed down version of Miami FC -- Miami FC 2 -- won the NPSL championship by beating New Jersey's FC Motown, 3-1, in front of a sellout crowd of 2,143 at Drew University.

Mares had the winning goal in the 59th minute in the final, two minutes after FC Motown's Chris Riordan was sent off for receiving his second yellow card.

Jonny Steele, who has been with the FC Miami organization since 2016, scored in the 33rd minute and midfielder Jeff Michaud put the game away in the 82nd minute. Dilly Duka, one of three MLS veterans on the FC Motown roster, evened the scored three minutes after Steele's opening goal.

“We have done it the right way and I couldn’t be more proud of them,” said Dalglish. “There’s not anything that these guys can’t overcome when we work together. We didn’t play great at times tonight, but the mentality was always great. That is what you need. You need players that want to win. Finals aren’t for playing. They’re for winning and we did that.”
nasl, npsl
Next story loading