Efrain Alvarez, the Californian who plays for the L.A. Galaxy's USL and academy teams, scored for Mexico's U-17s in a 2-1 win over the USA in Costa Rica.

The game was the USA's fourth of a Aug. 2-13 trip to Costa Rica. It also marked the farewell of Coach John Hackworth, who is leaving U.S. Soccer for the USL's Louisville City.

The USA opened with a 1-0 win over Mexico on a goal by Alfonso Ocampo Chavez, who plays for the Sounders FC 2 in the USL and was part of the Sounders' academy team that won the 2018 Development Academy U-16/17 championship, scored the winning goal.

Californian Diego Lopez, signed by Atlanta United to a USL pro contract earlier this year, scored twice in the USA's 2-1 comeback win over host Costa Rica in in the third game.

The California-born Alvarez, who turned 16 on June 19, switched national teams in 2016, moving from the USA's U-15s to Mexico's U-15s. He signed with LA Galaxy II of the USL in 2017, and signed an MLS Homegrown contract with the Galaxy last March. This year, while doing double-duty with the Galaxy's Development Academy team, he has scored eight USL goals in eight appearances. 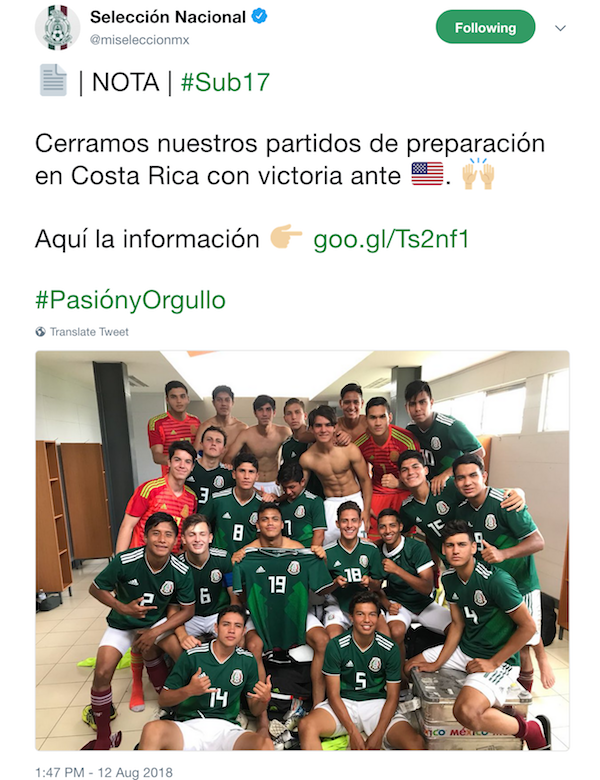