The Hawaii Bulls striker Sunshine Fontes  became the second all-time leading U.S. U-17 women's scorer with her 20th strike in a 2-2 tie with South Korea. Fontes scored her 19th in the USA's first friendly against the host, a 4-4 tie, during the USA's South Korea trip, part of preparations for the 2018 U-17 World Cup in Uruguay in November. 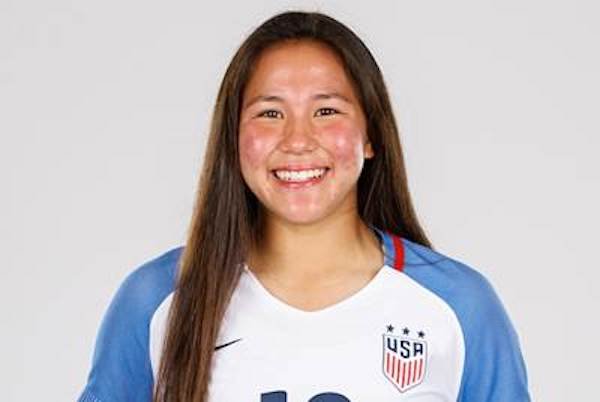 Maya Doms, who also scored in the 4-4 tie, scored the other goal in the 2-2 tie against the South Koreans, who qualified for the 2018 U-17 World Cup as Asian runner-up to North Korea, ahead of third-place finisher Japan. 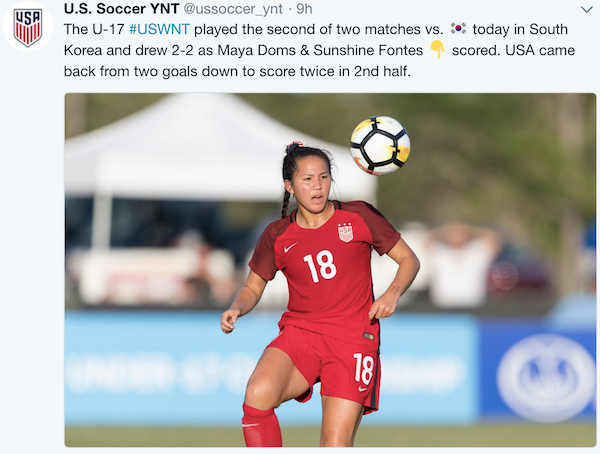