As the rebuilding of the U.S. men's national team begins in earnest this fall with matches against Brazil, Mexico, Colombia, Italy and England, there's a lot of excitement about a corps of young players in Europe.

Deadspin heralded their arrival this week with the headline "European Soccer Is Loaded With American Kids Ready To Tear Shit Up."

Certainly, Christian Pulisic's success at Borussia Dortmund has caught the attention of European clubs who have increased their recruitment of young Americans and taken advantage of mostly free young talent willing to forego opportunities at home.

But the reality is that Americans face a tough road ahead if they want to succeed in Europe.

Of the 19 European-based players who played for the USA in 2018, just five began the 2018-19 season on the first team of the first division club that owns their contract. Of the seven European-based players who started in the USA's 1-1 tie with France on the eve of the World Cup, only one -- Weston McKennie at Schalke 04 -- will likely spend the season on the first team of his first division club. 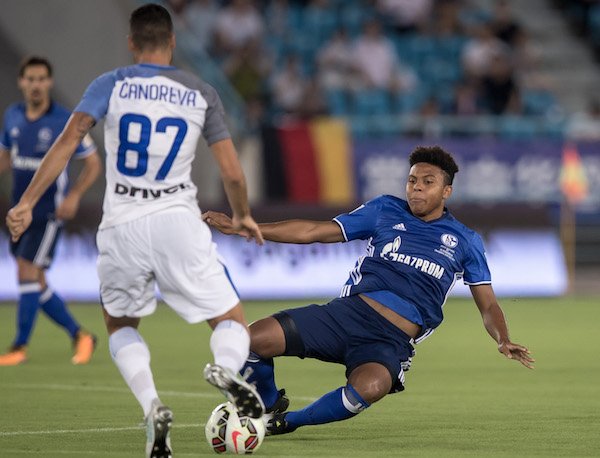 Most of the rest were either loaned out or likely to be loaned out without an immediate future at the club that owns their contract or playing for their club's second or under-23 team.

Finally, a few are playing on first teams in the second or third division.

What is different about this group of national team players is how young they are.

McKennie and Pulisic are still 19. Tim Weah, who has already scored two goals in three official games for Paris St. Germain, and Josh Sargent, who has started out at Werder Bremen's Regionalliga team but should get a shot on the first team, are just 18. 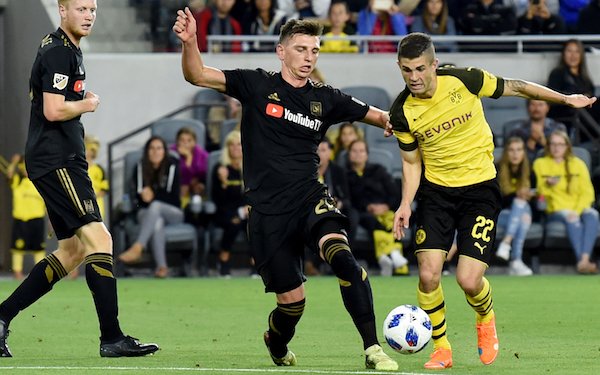 Ten or 20 years ago, the top Americans in Europe were mostly seasoned pros who began their careers in MLS (Brian McBride, Clint Dempsey or DaMarcus Beasley) or college stars (Claudio Reyna or Kasey Keller).

The current generation consists mostly of players who went straight to Europe out of high school if they weren't already living there. Just two the 19 European-based players Dave Sarachan used in 2018 ever played college soccer: DeAndre Yedlin (two years at Akron) and Eric Lichaj (one year at North Carolina),

Twelve headed to Europe almost as soon as they were eligible to make the move, at the age of 18 for most, and four were raised there. Of the remaining three players, Matt Miazga and Yedlin moved from MLS clubs for transfer fees while Erik Palmer-Brown left Sporting Kansas City after last season as a free agent.

We are already seeing the pipeline of American talent expand as European clubs hook up with agents and take advantage of the talent being produced by MLS academies.

But it will always be a numbers game with only a fraction of the prospects ever making it.

Some like Rubio Rubin and Russell Canouse have come and gone, leaving Europe in the last year from clubs in Liga MX and MLS, respectively. Rubin, now at Tijuana, is back in the national team picture. Canouse could be soon, given his play in recent weeks for D.C. United.

For every Pulisic at Dortmund there's a Junior Flores, who never made the first team, or for every McKennie at Schalke 04 there's Haji Wright, who dressed once two seasons ago and may never get another chance.