It’s impossible to put a number on how many people Ron Newman inspired in American soccer, but I’m one of them. Newman coached the first professional soccer game I saw in person and ran the first soccer camp I attended. 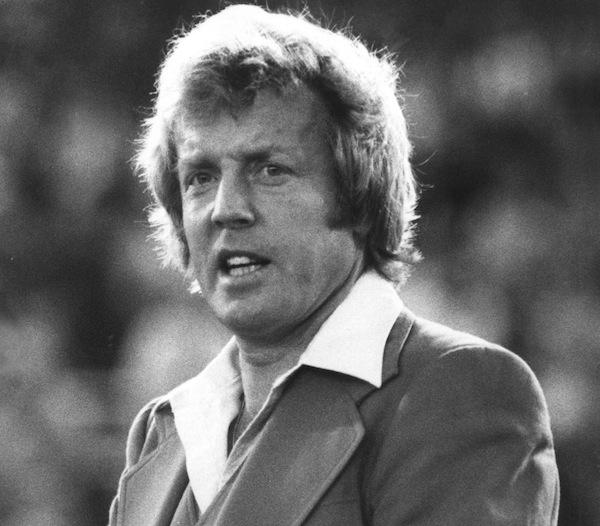 At age 6, living in Dallas in 1970, my parents, who hailed from Berlin, took me to Franklin Field to watch the Dallas Tornado vs. Hertha Berlin friendly. We cheered on the Berliners, who won, 4-2, but afterward we became Tornado fans and attended every home game, until in 1974 when we moved to Hawaii.

When I got a Kodak Instamatic camera for my 7th birthday, I took it to Franklin Field. It may have been a high school stadium, but it was Maracana for me.

Upon the news that Ron Newman died, at age 84, I started searching for the photos. They didn’t come out as well as I remembered, but there in my album, next to a photo of our dachshund, Waldi, I found the picture of Newman walking toward the locker room with a player – who I believe is defender Gabbo Gavric.

Back then, I revered the Dallas Tornado as only a very young sports fan can love a team. You can imagine how delighted I was when I got to attend a sleepover Dallas Tornado camp at the Greenhill School. I thought these guys were superstars.

I didn’t know then that professional soccer was so new to the USA or that the Tornado players had other jobs to make ends meet. Bobby Moffatt and Oreco, part of Brazil’s 1958 World Cup-winning squad, worked as groundskeepers at the Greenhill School, mowing the grass we played on.

I don’t remember what drills or exercises we may have done. But I remember how Newman made us laugh.

To demonstrate the difference between a short and long pass, Newman started acting like a golfer. Preparing a pretend putt, he plopped to ground, and while prone, tore out blades grass and threw them in the air to judge the wind direction. I’m not sure the analogy had an impact, but the fun we had certainly did.

Newman came to the USA from England in 1967 to play in the fledgling professional soccer league and quickly moved into coaching. He’s the only coach to win the NASL Coach of the Year award more than once: in 1971 (Dallas), 1977 (Fort Lauderdale) and 1984 (San Diego). 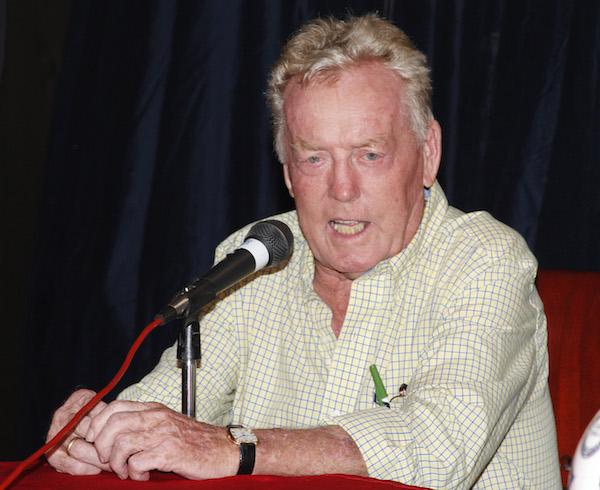 When the NASL folded after the 1984 season -- Newman said he sat in his office and cried his eyes out -- he coached indoor soccer, winning 10 championships in 11 years with the San Diego Sockers. When MLS started in 1996, he took the helm at Kansas City.

In 1997, I attended the Kansas City vs. New England Revolution game at Foxboro Stadium with Soccer America columnist Paul Gardner. After the press conference, we met Newman outside the locker room. Gardner and Newman engaged in an argument the topic of which I vaguely remember having something to do with Kansas City’s central defense.

The back and forth attracted a crowd, and became heated enough for a security guard to approach and ask if everything was OK. I said, “No problem, they’re friends.”

Newman and Gardner continued with no resolution in sight. I hadn’t gotten involved in the argument at all. But Newman suddenly stopped speaking to Gardner, looked up at me, and snapped, “I’ve had just about enough out of you!”

I laughed the way I did back when he was pretending to be a golfer.

When Newman’s coaching career ended, in 1999, early into his fourth season with Kansas City, Gardner wrote: “Above all, Ron Newman has known how to keep soccer light-hearted, how to make it fun and enjoyable without ever belittling it.”

Soccer the Newman way, Gardner wrote, “Comes over for what it is, nothing more, nothing less: an enjoyable, richly human mixture of fun and frustration.”

Not only does Newman rank among the USA’s most successful soccer coaches ever, the importance of his pioneer work for American soccer cannot be underestimated.

It started when he arrived to play for the Atlanta Chiefs of the NPSL in 1967. As Ian Plenderleith describes in his excellent NASL book, “Rock ‘N’ Roll Soccer”: “In 1967, 12,000 schoolchildren went through the Chiefs soccer clinics, while 42 area high schools had begun to play the game.”

When he left Atlanta for Dallas, Newman handed over the youth league he created to the YMCA, whose pre-teen soccer league remains the largest in Atlanta.

Newman, who had been a carpenter’s apprentice while launching his pro soccer career, even built goalposts. When one of the goals he built with unused lumber from construction sites didn’t hold up, he stood rigid for the final half of the kids' game holding the crossbar up.

"Everybody knows me as someone who won all these championships," said Newman. "But then, I was just a goalpost." 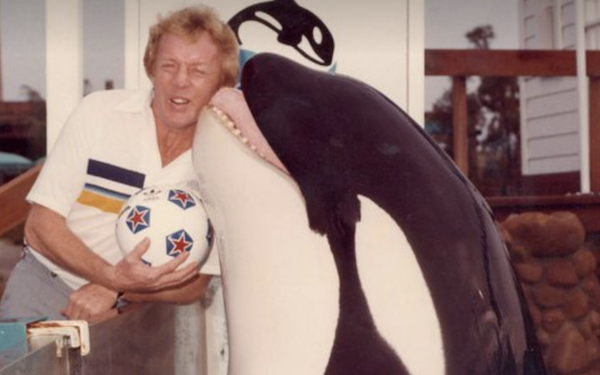 Ron Newman never shied away from an opportunity to promote his teams, the NASL, and the sport of soccer.

Newman and the Tornado players -- – fellow Brits like Kenny Cooper, John Best, Roy Turner, Dick Hall, Moffat and Mike Renshaw -- spread the game throughout the Dallas-Fort Worth Metroplex, which became one of the nation's first youth soccer hotbeds.

"I'd go to a school, juggle a few balls and kick a few balls, and they'd be fascinated," said Newman. "Then I would get them to fill out a few forms and start looking for volunteers."

"When we started in 1967 with the NPSL and the NASL the next year," said Toye, "there were a number of people who really if they had any sense at all would not have been there because it was a helpless task. I count myself among those, with Phil Woosnam, Gordon Bradley and certainly Ron Newman was in that group that believed what we were doing with pennies and a few people would eventually lead American soccer to where it is today.

And the way that Newman did it, soccer always sounded like irresistible fun.