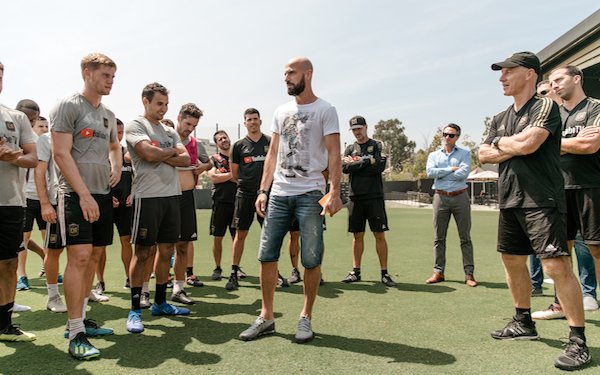 The move comes after MLS's secondary transfer window closed and three days before the French primary window closes. Ciman will be a free agent at the end of the year, so the reported $500,000 transfer fee is a good deal, considering Ciman's age (33) and time left on his contract (four months).

Ciman, a 2018 MLS all-star, started all 22 regular-season contests he played for LAFC and scored three goals, including the first goal in Banc of California Stadium history when his free kick with seconds remaining gave the LAFC a 1-0 win over Seattle on April 26.

Ciman, who has been very public about how important is the care of his daughter, who has autism, signed a two-year contract with Dijon, which has started the 2018-19 season with three wins.

“These decisions are never easy,"said LAFC general manager John Thorrington said, "but we succeeded in finding the right deal for both the club and Laurent. We thank Laurent for his commitment and contribution to LAFC and wish him, his wife Diana, and their family nothing but the best in the next phase of his career.”

Ciman, was named the 2015 MLS Defender of the Year, in his first MLS season with Montreal. He was  acquired by LAFC in a trade with the Impact for Expansion Draft picks Jukka Raitala and Raheem Edwards.