Deuce at his greatest: The Fulham years 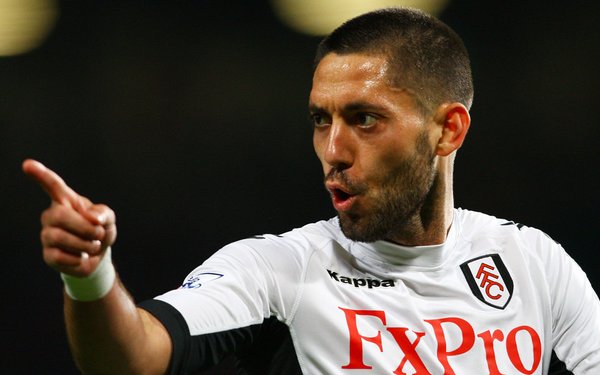 The number that stands out in Clint Dempsey's career is 57.

Every U.S. fan should know that Dempsey's 57 goals are tied with Landon Donovan for the most goals in men's national team history, but it's the 57 goals he scored in the Premier League -- and a club-record 50 for Fulham -- that stand out.

As more and more young Americans seek to make the jump to Europe, they can only dream of having the career that Dempsey had in England. No other American-bred forward has come close to having the career in a big five European league that he had.

After three seasons in MLS with the New England Revolution, Dempsey signed with Fulham in 2007, and his first goal on the final day of the season against Liverpool saved the Cottagers from relegation.

In 2010, Dempsey helped Fulham reach the final of the Europa League, the farthest it has ever advanced in Europe. His goal against Juventus in the second leg of their quarterfinal series is the greatest goal an American has arguably ever scored in Europe, as stunning as it was dramatic. He chipped Juve keeper Antonio Chimenti from the edge of the penalty area into the far corner of the goal. The goal completed a comeback from 4-1 down and gave Fulham an aggregate 5-4 victory.

In 2012, Dempsey finished fourth in voting for the Football Writers’ Association Footballer of the Year behind only Robin van Persie, Wayne Rooney and Paul Scholes after scoring 16 goals in the EPL for Fulham and 22 in all competitions.

Dempsey left for Tottenham the next season having scored a club-record 43 EPL goals for Fulham.