Ron Newman, dead at 84. He’d been out of soccer for a while -- since 1999 when he ceased to be coach of the Kansas City Wizards -- as I wrote at the time: “‘resigned’ if you read the press releases, ‘fired’ if you’re not a halfwit.”

That was it for Newman. He didn’t fancy an office job -- “I want to be on the field interacting with the players” was his feeling. Off he went, quietly you might think. Not really. Not at all, in fact. Newman left behind some wonderful memories for the rest of us to treasure. Towering above all his other positive attributes was his eternal optimism and the irrepressible sense of humor that supported it.

Ron Newman, without any doubt, was the Bill Veeck, or maybe it was the Casey Stengel -- of pro soccer, a mischievous spirit who understood that if soccer was to be popular in the USA, it had to be entertaining too.

That 1999 firing was not his first. Back in 1975 he was coach of the NASL’s Dallas Tornado when his boss, Lamar Hunt, informed him that his services were no longer required. The Tornado, said Hunt, wanted to really go places, was now looking to hire the best coach in the world. “Well, you can’t do that,” said Newman. Why not, Hunt wanted to know. “Because you just fired him,” replied Newman.

A typical Newman memory, short, sharp, crackling with life and good humor. The sort of memory that stays with you, seared into your mind by that warm, genial humor. 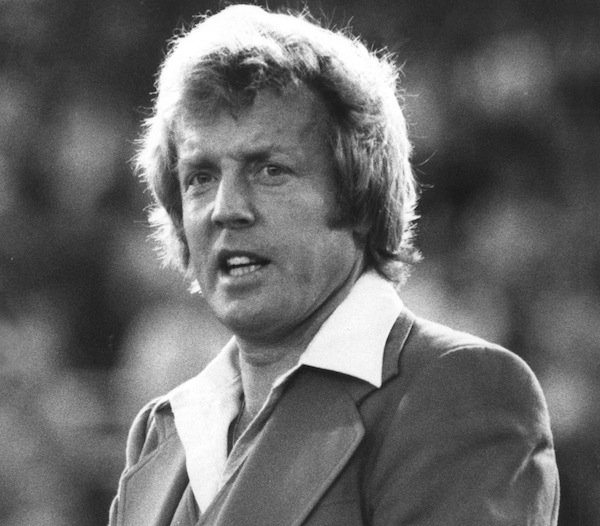 Newman then took the coaching job at the Fort Lauderdale Strikers until 1979. When the NASL collapsed in 1984, he seized what was by then the only way to make a living in pro soccer in the USA: he turned to the indoor game. With what can only be called amazing success. He led the San Diego Sockers to 11 championship finals, and won 10 of them. His coaching record for the outdoor game in NASL wasn’t exactly shoddy either -- three Coach of the Year awards, and a championship win with the Tornado in 1971.

When the professional outdoor game returned in 1996, with the launch of Major League Soccer, Newman was the first coach to be hired - by the Kansas City Wizards.

Virtually every memory of Newman is a cheerful one, they all come gift-wrapped with a joke and a smile. See if you can suppress a laugh or a chuckle when you run through these:

• In the early 1980s, as I prepared for a telecast featuring Newman’s Sockers, I noticed the name of one his players: Gert Wieczorkowski. I got in touch with Ron and asked him for the correct pronunciation. “No idea,” he cheerfully told me, “I call him Whizzer.”

• During his early years at San Diego, increasingly irritated by the lack of media coverage, Newman decided that the press was only interested in baseball. The next time the Sockers took the field, each player was waving a baseball bat.

• The hearse incident sounds morbid. But not with Newman it wasn’t. It was during his years with the Fort Lauderdale Strikers. Newman explains: “We’d got a losing streak going, and we took the field in a funeral procession. I was in the hearse. Everyone says I was in a coffin, but I refused to do that. I told them, if I get into a coffin, my players will nail it shut in a flash. So, I was on the trolley, covered with a sheet. They drove the hearse to midfield, wheeled me out, ripped off the cloth, and I sprung up and yelled into a microphone ‘We’re not dead yet!’ We weren’t, but the microphone was, so nobody heard.”

• April 1 was a date that seemed made for Ron Newman. When the indoor Sockers played on that day, Newman gave the assistant referee a pre-game lineup sheet that featured only Disney characters, Donald Duck and Micky Mouse at fullback, and so on. The assistant took it to the head referee. He nodded, and the assistant returned to Newman with the list. “Here we go, I thought,” says Newman, “But all he said was that I hadn’t designated a goalkeeper. So I ticked off Goofy’s name. He took it back to the boss, more nodding ... in the end I had to tell them!”

• The day the circus came to town in San Diego: “They asked me to lead the parade, so I’m up on this huge elephant, and I’ve never been more scared in my life. You’re tucked up behind his ears, there’s no real place to sit, nothing to hold on to -- I don’t know how Sabu managed it -- and every so often the elephant lowered his head, and I could see myself sliding off and being trampled to death. 'Throw yourself to the side’ I kept thinking. That and 'What am I doing here?’ Right at the end, a dog barked the elephant turned his head, and I thought I was gone.”

Gone? Ron Newman? No chance. Ron was the sort of guy you not only remember clearly, he was the sort of guy you want to remember. The cheerfulness was exhilarating and infectious: “I always had a good rapport with the players, I always wanted a lively atmosphere. It was part of my training methods that the boys have a good time, so they look forward to it. If it gets gruff, if guys start growling at each other, if they wake up thinking 'Oh shit, training again today’, well, you don’t get the best out of them.”

A couple of hours ago I was watching various coaches in the English Premier League giving their post-game comments. A serious business. A dour Jose Mourinho, a few shallow smiles from Pep Guardiola but, really, do any of these guys actually enjoy what they’re doing?

They could all learn a lot from Ron Newman, who sure as hell did enjoy himself and made things enjoyable for everyone else. No, Ron. You’re not gone. And assuredly not forgotten.