Nashville's MLS expansion team won passage of key aspects of the deal for the soccer-specific stadium at Nashville's fairgrounds with the Metro Council -- Nashville's city council -- on Tuesday night.

It passed measures to demolish fairgrounds buildings, institute a stadium ticket tax to help pay off the stadium debt and execute a lease allowing for private development on 10 acres of fairgrounds land.

Tuesday's key vote concerned the demolition work at the fairgrounds and $1.75 ticket tax, which required a two-thirds vote -- 27 votes -- in the 40-member Metro Council. It passed 31-8.

The other votes only required majority support and passed easily. A resolution to have voters to decide whether to issue $50 million in general obligation bonds to pay for work at the fairgrounds was rejected by a vote of 25-12. 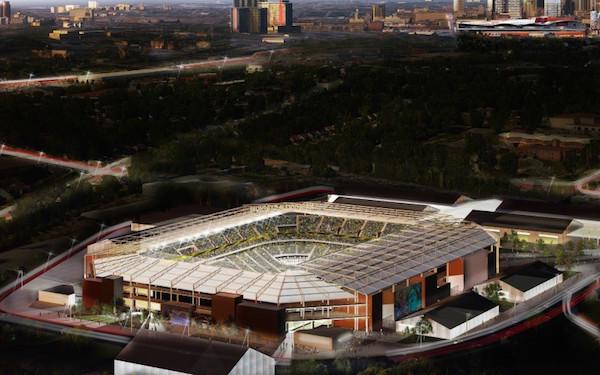 In November 2017, the Metro Council voted overwhelmingly (31-6) in support of a plan for the soccer-specific stadium at Nashville's fairgrounds. It agreed to finance the deal to the tune of $275 million in bonds -- $225 million in revenue improvement bonds to build the stadium and the $50 million in general obligation bonds.

To repay the bonds, the MLS group will pay $9 million a year over 30 years. Sales tax revenue from stadium events and the ticket tax will go toward covering the remaining $4 million a year in debt.

Wavering support. There was concern that the MLS project had lost momentum after Mayor Megan Barry, who championed the stadium deal in 2017, resigned in March, after admitting to having an affair with the police officer who headed her security detail and pleading guilty to charges of felony theft tied to the affair.

In August, the Budget and Finance Committee rejected key aspects of the deal. The vote wasn't binding but reflected significant opposition within the Metro Council.

Turning point. The turning point in the lead-up to Tuesday's vote came when the Nashville MLS group worked out a community benefits agreement -- covering, among other things, pay for those working on the project, contracts for minority- or women-owned companies and affordable housing on the fairgrounds development -- with key community stakeholders, winning over several undecided member of the Metro Council.

Separately, Save Our Fairgrounds, which is opposed to private development that will interfere with other activities at the fairgrounds, sued the Metro Council for the second time. The first suit was thrown out last year, on the eve of MLS's decision to award a team to Nashville, on the grounds that it hadn’t demonstrated any harm or injury -- in essence, it was premature.