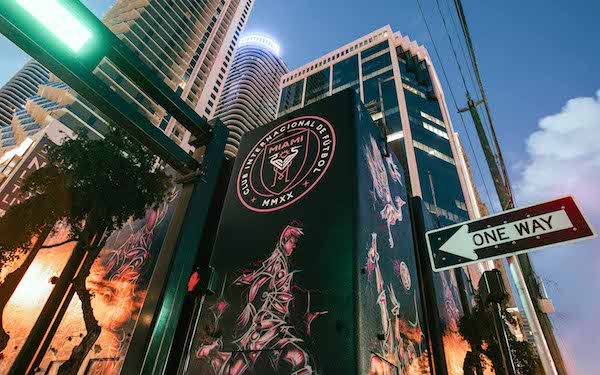 The Miami team co-owned by David Beckham that will begin play in 2020 will be named Club Internacional de Fútbol Miami -- Inter Miami CF, for short.

“Our city and our fans draw their strength from the dreams of a global population that calls Miami home," said managing owner Jorge Mas. "It is only fitting that our name pays tribute to the inclusiveness that makes us who we are.”

Four years ago, we dreamt of a soccer club.
Today, we’re proud to announce the official crest of that club.
Join us on a journey that has only just begun.
THIS IS US. THIS IS MIAMI.#InterMiamiCF #ThisIsMiami #MLS pic.twitter.com/uw8QOA2lfG


The team also unveiled its black, white and pink logo that includes two great white herons topped with "Miami." The roman numeral MMXX represents 2020, the year the team will launch at a venue to be determined.

Plans for a soccer stadium are still up in the air four years after Beckham was introduced as the team owner. After the Mas brothers, Jose and Jorge, came on board as co-owners, the team dropped plans to build a stadium in Overtown and turned its attention to the city-owned Melreese Country Club municipal golf course, where it wants to build a  $1 billion commercial development and stadium.