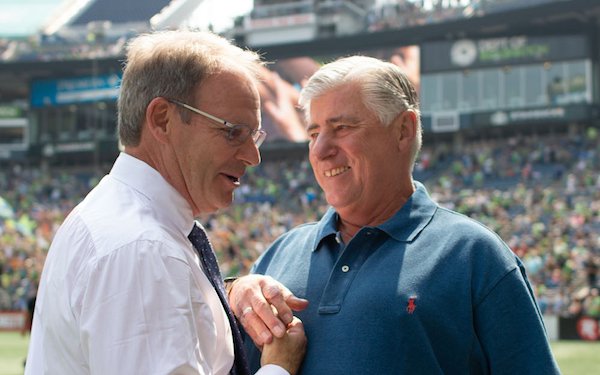 For the second season in a row, the LA Galaxy's head coach is gone before the end of the regular season.

In just MLS's second performance-related coaching change in 2018, Sigi Schmid, the winningest coach in league history, stepped down as head coach on Monday. The move comes 13 months after he replaced Curt Onalfo, who was fired 20 games into his first season as head coach.

Dominic Kinnear, who lead the Houston Dynamo to MLS titles in 2006 and 2007 and has been an assistant at the Galaxy since losing his job as head coach at San Jose last season, will finish the 2018 season as interim head coach.

The Galaxy seemed to have turned a corner after a last-place finish in 2017.  It headed into the MLS All-Star Game with a nine-game unbeaten streak and was just one point behind second-place LAFC after a wild 4-3 win over Orlando City on July 29 in a match that featured a hat trick from Zlatan Ibrahimovic.

But even that game exposed the Galaxy's deficiencies. Its defense has continuously leaked soft goals -- its 54 goals allowed are the second most in MLS -- and it could not rely on Ibra to always rescue it.

Ibra did not go to the All-Star Game, serving a mandatory one-game suspension in the next game. The Galaxy lost, 2-1, at Colorado and has not won since. It is still at .500 with a 10-10-8 record, but it has dropped to eighth place, three points behind the surging Seattle Sounders in sixth place.

Two years ago, Schmid was dismissed as the Seattle head coach in late July, and Sounders, who had a 6-12-2 record at the time, came back to make the MLS playoffs and win their first MLS Cup, under Brian Schmetzer.

With only six games left, the Galaxy's chances of making the 2018 playoffs are slim. It has played two more games than the Sounders, winners of an MLS-record eight games in a row.

The Galaxy was 6-10-4 when Onalfo was fired in 2017, and it went 2-8-4 under Schmid to finish last in the overall MLS standings and miss the playoffs for the first time since 2008, David Beckham's first full season with the Galaxy.

Schmid, 65, was coaching the Galaxy for the second time. After a stellar career at UCLA, he became the Galaxy coach in 1999. He won MLS Cup 2002 with the Galaxy and MLS Cup 2008 with Columbus, and leaves the Galaxy with 266 wins across MLS regular and post-season play.