Landon Donovan on a U.S. style of play, what worked in the past, and who should coach the USA

Upon hiring Earnie Stewart  as general manager for the men's national team, U.S. Soccer announced that Stewart would be in charge of instilling and supervising a style of play vision. Stewart recently described his style of play vision as: "It has everything to do with the values that we have as Americans. What we think is important. We have great athletes that are always on their front foot, that are aggressive, we're are kind of like in your face. And that's what we want to see from our players as well." 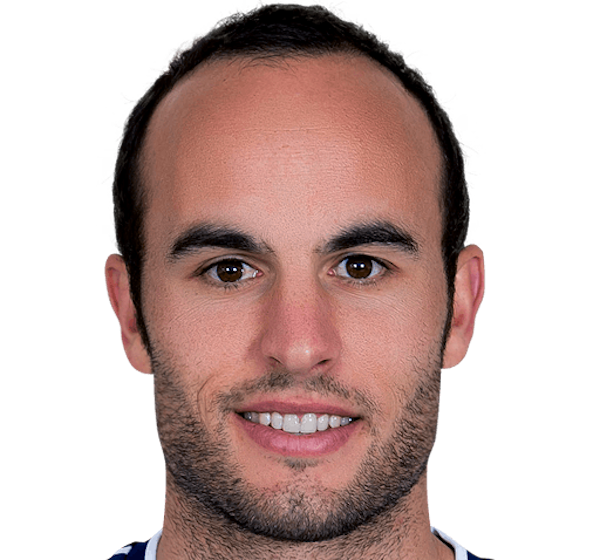 Landon Donovan, the USA's all-time leading scoring (57 goals, 58 assists), during his 2000-2014 national team career twice helped the USA reach the second round of the World Cup, won four Gold Cups, and starred on the 2009 Confederations Cup runner-up team that beat European champion Spain in the semifinals.

SOCCER AMERICA: What do you think the ideal style of play would be for the U.S. national team?

A lot of times national teams play a style of play that in some way meshes with their culture. The Germans, for instance, for many years were rigid in the system and the way they moved, and everybody knew where the ball was supposed to go next. It was kind of reflective of their society. They've gotten away from that a little bit with much success over the last few years. The French are more flamboyant. It always sort of reflects your culture and the "problem" with us is that we have so many different ideas of what we should be or what we might want to be based on where we came from or the type of soccer we grew up learning.

I grew up playing with Latin players. My style sort of fit in with that mix of typical American athleticism.

All that is a long way of saying it's difficult to pinpoint an ideal style of play and it might be difficult to implement not only because of the diversity, but because of all the different types of soccer you can play: club soccer, many versions of club soccer, rec soccer, AYSO, high school soccer, ODP. And you have people with all different ideas of how the game should be played. To implement it at the national team level and youth national team level is possible, but you're going to fall behind many countries where the players have been doing it since they were 5 years old.

SA: Other nations have a history of style of play attributes ...

LANDON DONOVAN: In Spain, every 5-year-old who plays in the midfield is thinking I'm going to be like Xavi or Andres Iniesta or Sergio Busquets and they're learning to play that way. We don't have that advantage. I know I'm not giving you the answer you want, but it's always been a difficult question to answer.

The one thing that we have always been when we've been successful is, and Earnie alluded to it, is we've had a spirit that has kind of defined our style and it's the one thing countries have always said about us, that they hate playing the Americans because of that spirit, and that ability to keep going. We don't get down when we get scored on. Mentally, we're very tough. From a psychological standpoint, that's a style that we should in my opinion always carry with us. As far as technically on the field, I think that's going to be based on probably coach to coach unless there's a broad sort of 10-year-plus plan to implement a certain style of play.

SA: But couldn't U.S. Soccer emphasize certain aspects of the game that are a part of successful styles of play -- for example focus on developing highly skilled defenders who enable teams to play a possession game?

LANDON DONOVAN: No question. And the whole world has gone that way. Now, if you aren't able to make good passes as a defender you're certainly not going to sign for a big club. And even at smaller clubs around the world you're expected to do that. I don't know if I'd classify that under style of play, but perhaps it is, and it should be mandatory so that that is never a question any more -- and we're getting there slowly. You watch Cameron Carter-Vickers and Matt Miazga the other night and they look very comfortable on the ball. That didn't happen even 10 years ago with most our defenders. You had a few who were good like that, but most of our defenders were not that comfortable on the ball. That's changing as we get better coaching and coaches understand that's a vital piece of it.

SA: If we look back at the U.S. men's national teams since 1990, when it returned to the World Cup for the first time in 40 years, I'd say the most successful eras were: The 1994-95 teams Bora Milutinovic coached at the 1994 World Cup and his assistant Steve Sampson took over and finished fourth at the 1995 Copa America. And then two teams you were a part of: The Bruce Arena-coached team that reached the quarterfinals of the 2002 World Cup and the Bob Bradley-coached team that finished runner-up at the 2009 Confederations Cup, a year before winning its group at the 2010 World Cup.

LANDON DONOVAN: As a starting point, the reason in my opinion that those two teams were the two best in the last couple decades was because we knew exactly what we wanted to do and what we were supposed to do. There was no guessing. I'll get to the style of play in a minute ...

But with Bruce you knew exactly what your role was. Everybody on the team felt comfortable around each other. A core group of guys were together for a long time. So all the expectations of what to do and where to go, where to be in certain moments, were very clear.

With Bob it was the same thing, and maybe even to a higher level. Bruce gave us a little more freedom. Bob was very specific in how he wanted us to play. And because of that, whether you were a starter or came in as a sub, or the No. 30 guy on the roster, when you came into the team you knew exactly what was expected of you in certain positions.

That is, in my opinion, just as important as having a technical style of play. The styles were is different in a couple ways. 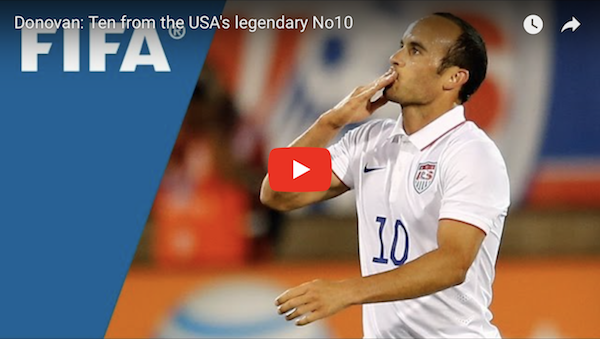 And we coupled that with the ability against weaker teams -- playing some of the smaller Concacaf teams -- to physically overpower them. So, in those games when you had Brian McBride, you had Josh Wolff, all of our defenders, we were just physically dominant over lesser teams and would use that to our advantage, whether it was size-wise or just athletically, with speed, etc. And against the bigger teams we could hang with them physically because we were athletic and physical and we had the ability to sit in and counter really, really well. And that's why that team was so successful.

SA: And the Bradley teams?

LANDON DONOVAN: Now with Bob's team we had a lot of veterans who were still in their prime and very smart players and because of that we always played out of a 4-4-2, so you knew your role very clearly. If you were a central midfielder -- mostly Michael Bradley, Ricardo Clark, and some other guys in there -- the aim was to move together and more of your role was to be defensive, and once in a while take chances getting forward. The wide midfielders, who were a lot of times Clint Dempsey and me, would play way inside. We would tuck in and let our outside backs go forward when that presented itself.

And we combined some of the same principles. Against the better teams, we were able to absorb pressure and counter, but we were also able to play and pass. And when you had two goalscorers -- the all-time U.S. leading scorers [Donovan and Dempsey] -- playing in the midfield, and two forwards ahead of you, whether it was Jozy Altidore, Charlie Davies or whoever, it gave you four real goalscorers on the field. And you throw in Michael Bradley, who from time to time gets forward and scores, too, and it made us really dangerous offensively.

That was a distinct style and that was for me personally the easiest time in my career to play because I knew exactly where I was going to play every time I came in and I knew exactly what my role was.

SA: What's your view on who should be the new U.S. national team coach?

LANDON DONOVAN: I've always said my preference is someone who knows the league [MLS] and knows American players -- so an American coach in the league or coach who's coached in the league would be the preference. You want guys to get rewarded. Oscar Pareja in Dallas has been very successful wherever he's gone. Greg Vanney winning with Toronto last year even though they've struggled this year. Gregg Berhalter I think has been really good [with the Columbus Crew] on a limited budget with limited resources. What Peter Vermes has done has been really impressive and he's done it year after year after year in a smaller market with less resources. I don't know if I'm missing anybody.

LANDON DONOVAN: Yeah. It might be early for him because he doesn't have quite the experience in MLS, but he's done well too. I would like to see someone who's put in time in this league get a chance. I don't have any say in the matter, but that would be my personal preference.

I also think from a cost-benefit perspective, you don't need to spend or $8 million or $10 million or $12 million a year on a big-name coach. I don't think you're going to get that much more than you would out of one of these coaches, who really understand the league and the players, and how it all functions here. Because it is a lot different than the rest of the world and that's an important piece.

SA: Do you having coaching ambitions?

LANADON DONOVAN: I'm intrigued by it but the problem is I'm very happy and I don't want go around the country and world chasing a job, so it's unlikely. Maybe when my kids leave the house.

international, men's national team
43 comments about "Landon Donovan on a U.S. style of play, what worked in the past, and who should coach the USA".
Read more comments >
Next story loading