Hugo Perez on style of play: 'The USA has the players to play possession-oriented, offensive soccer'

Hall of Famer Hugo Perez, undoubtedly one of the most skillful players ever to have played for the U.S. national team, coached U.S. U-14 and U-15 national teams with players, including Christian Pulisic, Jonathan Gonzalez, Weston McKennie and Tyler Adams. We checked in with Perez as new U.S. men’s national team General Manager Earnie Stewart  is in the process of hiring a new head coach while charged with “instilling and supervising a style of play vision” for the USA. 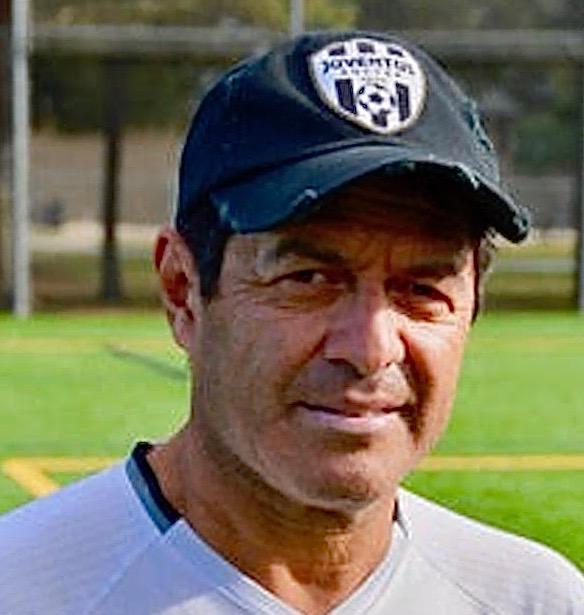 SOCCER AMERICA: What did you think about Earnie Stewart’s description of a style of play for the USA being one that is aggressive, “in your face”?

SA: What style of play to you think the USA should pursue?

HUGO PEREZ: I'll tell you what style not to choose -- the one we've had for the last 20 years. That's hustle, counterattack soccer. Tentative. Little risk-taking.

Obviously, some people have been happy because we qualified for the World Cups -- except for the last one. But I don't think it's gotten us to where we can say we’ve made strides. I hope I don't keep seeing it.

SA: When we spoke one year ago, I think you put it rather well when you said we should be embrace “creative, entertaining, total soccer” …

HUGO PEREZ: This country has the players to be able to play a more possession-oriented, offensive style. But at the end, because we don't have a structure here that we follow, whoever they hire, he's going to implement his style regardless of the players.

SA: If we agree that we want to play creative, entertaining, possession-oriented, total soccer – some may say that our soccer culture doesn’t produce players for that style.

HUGO PEREZ: Again, I say we do have the players. When I coached the youth national teams, nobody imposed that style on me. The people who worked with me, because I as the head coach, agreed this would be our style and how we play. And I told the scouts, find me these types of players.

I was open to every type of player, whether it was Caucasian, Hispanic, Asian, African-American. But we looked for certain attributes: technical ability, soccer IQ, creativity.

If Earnie likes a possession-oriented, offensive style, he would have to look at coaches like Pep Guardiola, Marcelo Bielsa, Mauricio Pochettino, Maurizio Sarri -- who play that type of soccer.

Tyler Adams is an example.

HUGO PEREZ: Tyler Adams is a defensive midfielder. When I had him in the youth national team, I played him as a center back most of the time. Not because he was aggressive. I picked him because he had some technical skill, and I wanted somebody with technical skill in the back to play out of the back. And I put him with other guys with similarities in technique and with different visions, and we were able to complement that.

And you can do that with the older team.

HUGO PEREZ: If I were coaching Michael Bradley ... Bradley is a good technical player for me. Now, how can we use Bradley better than how they've used him? Because he's got technical abilities, he can pass the ball. I need to surround him with players who have not only technical skills but the same ideas of how to play -- and Bradley would look better.

He can still fit in my system because technically he's good and I'd surround him with people who understand the kind of soccer that I want.

We haven't been able to that with Bradley, because the soccer was always different and so he has to adjust to that type of soccer. But Bradley is the type of footballer I would have in my team surrounded by the right type of players and he would play good for me.

For years, people have been saying, where's Michael Bradley playing? Is he a 6, is he an 8, is he a 10? Nobody figures it out.

For me, if I surround him well, he's not a 6, he's an 8. An Andres Iniesta, Xavi. He's not a dribbler, but he can play and he gets into the final third well -- like very few.

I have to surround him with a good No. 6 who is technical and can win balls. A Casemiro or Sergio Busquets type. Players who are technical but also know their roles.

SA: When I watched the last few Boys Development Academy championships, I saw a good amount of Latin-style soccer from some of the most successful teams. Do you think that because of the growing presence of Latino players at the grass-roots, we could be headed to a tipping point in which the USA will embrace a more Latin type of play? After all, it’s extremely successful in international soccer.

HUGO PEREZ: You and I know whoever they hire, he is going to be the one who chooses what style they're going to play. That's the reality, because we don't have an established style in this country.

If they were interviewing a coach from Barcelona, you know what kind of style they want.

The thing that worries me is that we still focus more on the physical, athletic aspect than we think about the quality technical intelligent players.

I have nothing against athleticism. I recently watched Brazil beat El Salvador, and the Brazilians had some big boys. There are big boys in there, but they're skillful, they're technical.

HUGO PEREZ: Tab was one of the best players who we ever had in the national team. No question.

I was also assistant with him with the U-20s. I would have to say we both believe in the same soccer, because we love it, it's inside of us. But I think the difference is how much we believe in it, to pursue it, and really go for it. I don’t really what know what Tab’s situation is. I couldn’t understand why he wasn’t made full national team coach. And I have no idea if he has the power to implement changes.

SA: But you do believe that, whatever else happens in American soccer at the various levels, a national team head coach could lead the USA to play what you consider an ideal style of play?

HUGO PEREZ: If you believe in that style of soccer, and you get hired to coach here in America, you bring in the guys who play in MLS and the ones who play in Europe. And you get a base of players.

The first thing you look at is individually, technically, who they are. The second thing is, to implement, you have to teach a style and with that style you have to convince the players that it's the right style for them.

After that, you're going to have to design sessions and team exercises that complement that style to put it in games.