Campeones Cup: Lousy timing for both Toronto FC and Tigres

Its hopes of returning to the MLS playoffs and defending its league title slim, Toronto FC still has a chance of finishing the 2018 season with two trophies.

It has already won the Canadian Championship and will host Mexico's Tigres for the inaugural Campeones Cup on Wednesday.

Both teams have a recent history of success in domestic and international competition, but the timing of the new MLS-Liga MX cup isn't great. 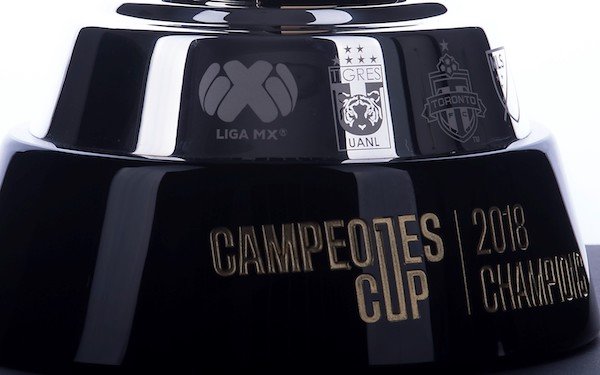 With a must-win MLS game coming up on Saturday at the New York Red Bulls, TFC coach Greg Vanney admitted the timing of the Campeones Cup is lousy but his players are ready.

“It’s one game outside of what’s going on in the league for the moment," he said, "but it’s also a championship, it’s a cup and our guys are motivated for games like this.”

Tigres is currently in seventh place in the Torneo Apertura -- eight teams make the playoffs -- and its biggest game of the regular season is on Sunday: the Clasico Regio against city rival Monterrey.

The Campeones Cup is a rematch of their 2018 Concacaf Champions League quarterfinal showdown, which Toronto FC won in March. The Reds ended up losing to Guadalajara in the final and never got untracked after that in MLS.

Still, Tigres coach Tuca Ferretti, who praised Vanney, said Toronto FC would be a contender if it played in Liga MX.

"I actually think they would be considered among the teams regularly in the Liguilla with a shot at the title," he said.