Ian Barker on a U.S. style of play, producing No. 10s, and coaching schools in the USA

Ian Barker  is the Director of Coaching Education of United Soccer Coaches, formerly known as the NSCAA, which was founded in 1941 and currently has 30,000 members. Barker has also served on the national instructional staff for U.S. Soccer and U.S. Youth Soccer. We check in with him as U.S. men's national team general manager Earnie Stewart searches for a new U.S. national team coach who is supposed to implement a U.S. style of play. Stewart recently described his style of play vision as: "It has everything to do with the values that we have as Americans. What we think is important. We have great athletes that are always on their front foot, that are aggressive, we're are kind of like in your face. And that's what we want to see from our players as well." 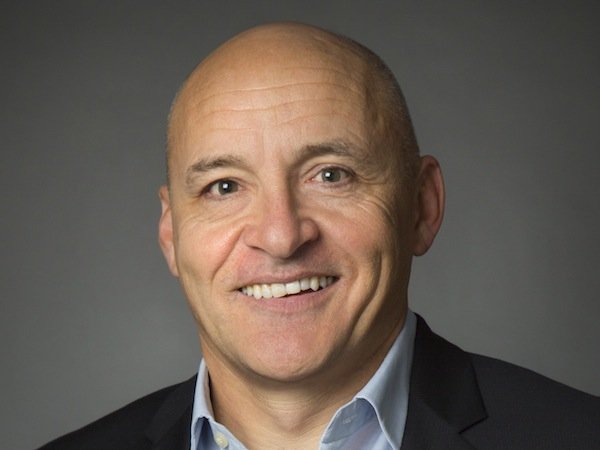 IAN BARKER: Within Concacaf and in major tournaments, we should be a “front foot” nation. With due respect, it is the antithesis of say an Iceland, or perhaps a Costa Rica, two soccer nations I have a ton of respect for, but who have to be more circumspect. That means we would be a national team program that values possession.

We must work to find the true No. 10s, another Claudio Reyna or Tab Ramos, but that cannot always be guaranteed even with the most intentional of programming. So we should also be committed to being a positive, pressing nation valuing athleticism and spirit.

Finding a blend and balance of these somewhat northern European qualities and the massive Latin influence in U.S. soccer is critical, but not something anyone has ever provided a long-term answer to. There also has to be consideration for the conscious outreach and inclusion of African-American players and players within immigrant communities. I think we may look to the successes within MLS where blend and balance occurs that is hard to see sometimes on the U.S. men's national team.

SA: Is there anything that can be done at the grassroots level, a coaching approach for example, that will improve the ability of the USA to produce No. 10s, creative playmakers?

IAN BARKER: It is my opinion that game-based training provided with intentionality and experience offers players more chances to make decisions and provides greater realism than a lot of the more contrived “drill”-based work.

Effective coaching in this model requires the coach to be able to understand the actual challenges presented in the specific game moment, identify the players’ responses and then communicate with the players’ as to their thinking. 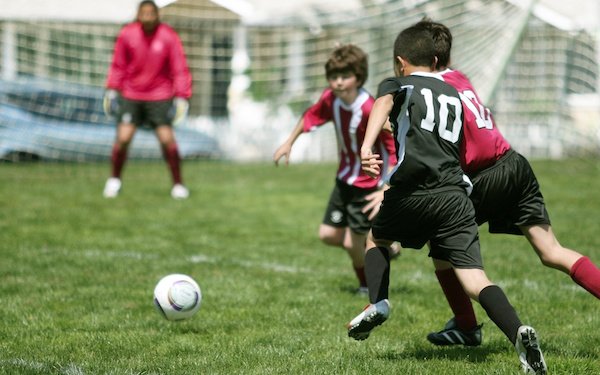 IAN BARKER: In some of the more advanced courses, we look at formations and how formations then become systems based on coach preference, available personnel, the opponent, game situation, etc.

One of the things we have been consistent with is to encourage coaches to use their education to find solutions in their context. That is, much as we want to develop intuitive, thoughtful players who can respond to the ever-changing aspects of a game, we want to empower coaches to make informed decisions as it relates to the style of play they employ.

So that would mean if a coach is asking the players to launch the ball forward and bludgeon the opponent -- rather than immediately critique the instructor, we would want to know why that was their approach.

If the answer is, “it is the most effective way to win,” then the discussion as to, “is there a Plan B, C?” or “what does this mean for long-term player development?” is at least possible. It is easy to judge in the coaching course environment without taking the time to understand the coaches’ contexts and we want our educators to avoid those superficial judgments.

SA: In 2015, U.S. Soccer stopped allowing coaching license candidates to skip lower level U.S. Soccer courses if they had diplomas from the United Soccer Coaches (formerly the NSCAA). When I asked U.S. Soccer why they changed a policy that made it more convenient for coaches to advance on the U.S. Soccer coaching education pathway, Chief Soccer Officer Ryan Mooney said United Soccer Coaches' "curriculum approach isn’t aligned with ours." What do you think about that and his analogy that: "You’re being taught French, and you’re saying, hey, it’s a Romance language, so it should be equivalent to my Italian course"?

IAN BARKER: Personally, I am OK with a sovereign FA/Federation having an exclusive licensing pathway. That is an international standard.

In terms of the 2015 decision, the biggest issue was that it happened with immediate effect. U.S. Soccer reversed their policy of allowing coaches who had done at least 40-120 hours of education, with the then NSCAA, to skip lower levels within U.S. Soccer without warning. In doing so, the rug was pulled from under some really dedicated American coaches.

A simple “grandfather rule,” to give those coaches a window to have their commitment honored would have been the correct decision. However, that boat has sailed. As such we have been able to help many of these coaches, our members, enter UEFA B courses as their continuing education option.

As to the contention that curriculums are not aligned, I cannot speak to what others know or do not know, but I can say no one in the current U.S. Soccer education group has spoken to me about the curriculum we present.

SA: Also in the interview with Mooney and Nico Romeijn (USSF Chief Sport Development Officer), I asked them to address the shortage of U.S. Soccer coaching courses -- for the many coaches who need to get USSF licenses because the USSF has ramped up the requirements. They answered that they depend on member organizations, such as United Soccer Coaches, to give their courses. Could you help me comprehend this: USSF requires coaches get its licenses, it isn't meeting the demand for courses, so it needs United Soccer Coaches, whose courses it says are like a different language, to teach U.S. Soccer coaches …

Previously, U.S. Soccer relied on U.S. Youth Soccer state associations to get coaches through the E, D and sometimes C, before U.S. Soccer conducted the B and A courses.

Now, more member groups such as United Soccer Coaches, U.S. Club, AYSO, SAY, U.S. Adult Soccer can deliver the U.S. Soccer grassroots courses, D and sometimes C. As such, there is more opportunity for those courses to be delivered. Delivery at the B and above level is still the most direct responsibility of U.S. Soccer.

Within the United Soccer Coaches Academy Staff, we have scores of excellent educators to meet any volume of demand. Many of our National and Associate Staff are not only active, highly qualified and experienced coaches -- they are also professors and teachers.

We have an extensive network of educators that allows us to deliver final assessments for our diplomas in each coach’s own setting. This is an important innovation in the experience and learning for our staff and our members alike.

If United Soccer Coaches does deliver the U.S. Soccer grassroots courses or the D, upon the demand of members, we do so in 100% accordance with the U.S. Soccer curriculum.

We believe firmly in the grassroots education United Soccer Coaches presents in our diplomas. We believe it fits the needs of the American grassroots coach, which is why we wrote it as we did.

The U.S. Soccer grassroots content is not so radically different that it is a contradiction for a good instructor to present the material from either curriculum, or indeed that of other well-conceived coach education programs. Very often the difference is more a point of emphasis than a philosophical or educational misalignment

IAN BARKER: United Soccer Coaches education from the 4v4 Diploma to the Master Degree we support with Ohio University is very much grounded in the solid history of U.S. soccer coaching education, initially inspired by UEFA content and then developed and molded by American coaches working in the American environment.

It has to evolve on an ongoing basis and it must be open to global trends and embrace new ideas. Coaching education must be subject to the concept of “dynamic change.”

In the space of coaching education, like that of youth soccer, or college and high school soccer, programming in the U.S. is unique and unlike that of other top FAs/Federations. That can be confusing and it can create conflict, but it also provides opportunity and choice to our community.

Our soccer community needs to find the areas of common ground, of shared values, of a vision for soccer in the country, while allowing for different ideas and actions.

FURTHER READING
• Hugo Perez on style of play: 'The USA has the players to play possession-oriented, offensive soccer'
• Landon Donovan on a U.S. style of play, what worked in the past, and who should coach the USA
• Nico Romeijn and Ryan Mooney on U.S. Soccer coaching education: the Federation's intentions and its capabilities and capacity

united soccer coaches, youth
23 comments about "Ian Barker on a U.S. style of play, producing No. 10s, and coaching schools in the USA".
Read more comments >
Next story loading