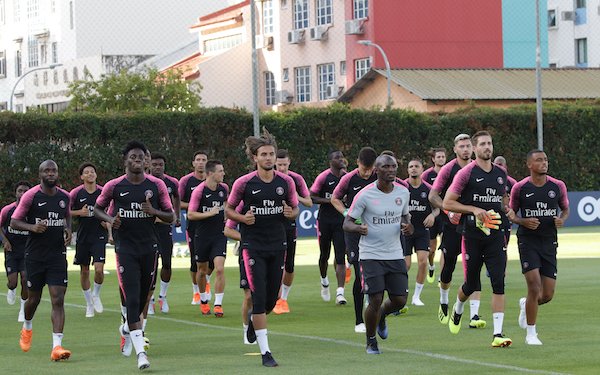 The issue of MLS teams losing their brightest prospects from their academy programs to European clubs without a transfer fee is becoming a bigger problem, but they aren't alone.

It is a particular problem for French clubs, considered the top producers of young talent in Europe. While there was for many years a non-aggression pact among French clubs not to swipe young players from rival academies, French youth stars have for years been targeted by clubs in other European countries.

In a famous case, Paul Pogba left Le Havre for Manchester United (for his first stay) when he was 16. Le Havre sued for breach of contract but lost -- the teams later settled.

For Paris St. Germain, which sits on perhaps the greatest goldmine of soccer talent in the city's banlieues, it has been a big problem, but it is starting to fight back.

L'Equipe reported that PSG has introduced a carrot-and-stick approach to lock down players from its loaded youth system that includes U.S. international Tim Weah.

PSG is offering players long-term contracts -- three years guaranteed, plus two option years -- to sign. Contracts -- salary and signing bonuses -- begin at about $500,000 over the term of the agreement. Defender Stanley Nsoki, 19, was signed to his first pro contract in a deal worth 3 million euros ($3.5 million).

To keep out agents, PSG has tightened access to the academy fields at its Camp des Loges. And it has established a blacklist, according to the French sports daily, of agents who have moved players abroad and whom it won't deal with.