Andres Cantor on the U.S. national teams of the past, the next coach and countries U.S. should (or shouldn't) emulate

Play-by-play man Andres Cantor has broadcast more than 6,000 games from myriad leagues and national team competitions in the last three decades. The nine World Cups he's covered, for TV, radio and print, included calling all 52 games at the USA-hosted 1994 World Cup for Spanish-language Univision. He helped, at that time, to popularize the U.S. national team in the Latino community, coining the term La Seleccion de Todos  ("Everyone’s national team”). We checked in with Cantor in the midst of General Manager Earnie Stewart's search for a new U.S. national team coach who is supposed to implement a U.S. style of play. 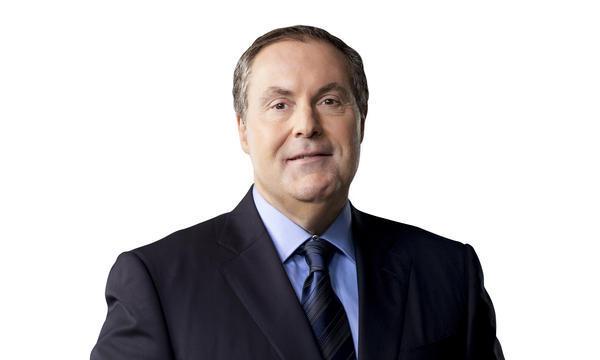 SOCCER AMERICA: What style of soccer do you think the USA should play?

ANDRES CANTOR: My answer is as broad and general as the question is because the style of play will be dictated by the kind of coach they bring -- and the players they have at hand for national team call-ups.

There are a few coaches, like Pep Guardiola and Marcelo Bielsa, you can identify with a style of play, and others who have copied Guardiola's possession-minded style of play. But Guardiola has great players to execute his style. He spends over 300, 400 million dollars a year to get the best players in every transfer market.

SA: But there are teams that play attractive and successful soccer not coached by Guardiola and Bielsa ...

ANDRES CANTOR: Tata Martino in Atlanta has a style of play, but he made sure the team did a great job acquiring the players he wanted for that style of play.

SA: What do think of the head coach hiring process?

If you bring a foreign coach, of course he can adapt, but he will have to learn by trial and error.

What I don’t understand, is what are they waiting for to make a hire? The sooner they hire someone the sooner they can get started on molding a future style of play.

SA: OK, let's forget about the coaches for now. How would you like the USA to play?

ANDRES CANTOR: I'd like to see a U.S. team hold the ball, have possession, be an attacking-minded team, taking risks. I think with the speed, athleticism, with a great athletic mindset of the players, and I'm sure they can find 23 players skillful enough to play that style, and the U.S. could be have an attractive style of play.

But a coach needs to adjust, of course, if you're playing Honduras in a Concacaf qualifier in San Pedro Sula heat at 3 p.m. …

SA: Is it important to you that the USA plays entertaining soccer?

Every team should aim to play attractive soccer. That doesn’t mean they can do so against every opponent.

SA: You’ve been covering and watching the U.S. national team since the 1980s. What do you think of how it has played?

ANDRES CANTOR: The U.S. has proven themselves with whatever style has taken them there. Mostly defend and counter. They have proven they can compete with anybody in the world. What happened in this last World Cup qualifying was a disaster. It happens in soccer.

SA: Let’s go back to when the USA qualified for the World Cup for the first time in 40 years when they reached Italia 90 [under Coach Bob Gansler] …

ANDRES CANTOR: I was in Trinidad & Tobago when Paul Caligiuri scored the shot hear around the world. In 1989, when they qualified for Italy they were barely professionals. The team was made up of semi-pro players.

Then Bora Milutinovic came about and he really helped professionalize their game in the sense they played like a team -- Bora-style, knowing how to play, how to defend well, and how to counter and win games. He instilled in them the attitude that they could compete against anybody.

Was it fun to watch? I think so in terms of, instead of expecting them to get blown out, they beat Colombia and played Brazil toe-to-toe in Palo Alto. That was unheard of.

SA: Steve Sampson took over in 1995. The USA beat Mexico, 4-0, in the U.S. Cup and beat Argentina on the way to finishing fourth at the Copa America …

ANDRES CANTOR: Obviously, Steve had a great Copa America with a generation of players when the pool was thinner than it is now. There weren't that many players to choose from. And that generation turned out to be one of the best. Those from the early 1990s who carried over to 1994 and 1995.

I think Bruce Arena was very effective. He knew how to prepare for games and win games.

And, of course, Landon Donovan came about. And Clint Dempsey came about. As long as any team has good players, that will dictate how to approach the games and how to play.

Landon was the player Bruce was smart enough to make the other players play around him and for him. He knew how to exploit Landon's talent very well.

Now who's the Landon of this generation? Obviously, Christian Pulisic. But Pulisic needs to have good team around him. So how the new coach is going to surround Pulisic will be crucial.

SA: What did you think of the Jurgen Klinsmann era, which included reaching the second round of the 2014 World Cup? Did you find that team satisfying?

ANDRES CANTOR: The USA won only one game at the 2014 World Cup, with an 86th-minute John Brooks goal against Ghana, which didn't make it to the next round. They tied Portugal, which wasn't a great team then.

They lost to Belgium 2-1 – not 7-0, because Tim Howard was heroic and made 16 saves. Was it entertaining to watch the USA against Belgium, or when they lost to Germany [1-0], or when they beat Ghana? Not to me.

They came home and it was called a success because Tim Howard made all those saves. It wasn’t a success to me.

SA: Klinsmann certainly didn’t put us on a path toward a more Latin style of play …

SA: When you look at some of the greatest U.S. national team players ever, you’ve got Hugo Perez, Tab Ramos, Claudio Reyna, Landon Donovan, Clint Dempsey ... Donovan’s early soccer experiences were with a team of Mexican-Americans and Dempsey as a teen played in adult Latin leagues in Texas. Doesn’t that make a case that the USA should embrace a Latin style of play?

ANDRES CANTOR: I can’t remember if Eric Wynalda had a Latin-American influence but he played with some of that style. But I don't think it's about embracing a player by ethnicity, but whether they’re skillful, good players.

SA: That’s my point. It’s not about ethnicity, it’s about a style of play, an emphasis on skill and creativity, which also leads to success. Many MLS champions over recent years, for example, have had a Latin American playmaker.

ANDRES CANTOR: That's true and it took a while. In the beginning, besides some of the marquee players, for some reason it was seen as risk to bring in those type of players and "hispanizing" the league. They slowly figured out it’s not bad.

SA: You’re originally from Argentina, a Boca Juniors and Argentine national team fan. Wouldn’t Argentina be a good model for the USA, in that it plays with Latin and European qualities?

ANDRES CANTOR: Latin because they’re Latin and European because so many of their players play in Europe?

ANDRES CANTOR: Argentina was one of the lowest scoring teams in World Cup qualifying, after Bolivia. Argentina has been a frustrating team to watch lately.

SA: But historically, and still, Argentina keeps producing world-class players, including strikers and playmakers who are sought by the European clubs. It has a history of playmakers, often small players who maybe in a U.S. soccer environment wouldn’t be appreciated because of the emphasis on athleticism. Do you think if there was a 10-year-old Lionel Messi somewhere in the USA he would rise to the top?

ANDRES CANTOR: I do believe that players still fall through the cracks in the USA, whether they’re Hispanic players or otherwise.

Argentina is very well structured. If there’s a player in the provinces, 11, 12 or 13 years old – somebody will see him and recommend him to a farm team of a professional team, whether it’s in the eighth or seventh division.

The minor leagues are very competitive and there’s a system of professional scouting that prevents players from falling through the cracks.

If you’re that skillful at 12 years, even if you’re 2,000 kilometers outside of Buenos Aires, somebody’s going to see you and the Argentine coaches have a good eye for talent.

SA: So, in a country like the USA, where we’re always looking to other countries as a model for our coaching and approach to the game, should we look more to soccer nations such as Argentina?

ANDRES CANTOR: In general terms, I’d rather have the U.S. see themselves in the mirror of the Latin America game than in the English. That’s for sure.

men's national team
10 comments about "Andres Cantor on the U.S. national teams of the past, the next coach and countries U.S. should (or shouldn't) emulate".
Read more comments >
Next story loading