Todd Beane: The USA has an opportunity to astound the world with a new brand of soccer

In the latest in our series on a U.S. style of play, we spoke with Todd Beane, who worked with Johan Cruyff for 14 years. Beane and with his wife, Chantal Cruijff, Johan Cruyff’s daughter, co-founded the TOVO Academy & TOVO Training, “based on total football played and taught by Johan Cruyff." Beane is also senior advisor of the Johan Cruyff Institute. 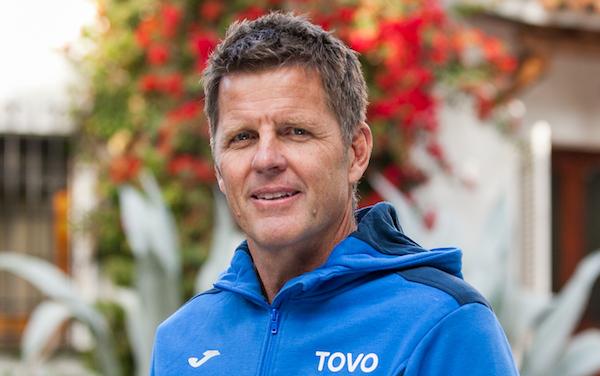 TODD BEANE: In my humble opinion, we have two options going forward regarding a style of play for the U.S. men's national team.

If we seek competence and our objective is merely to return to the World Cup, then we will continue to use words like "athleticism" and "spirit" to guide us. The problem here is that American's define athleticism in exclusively physical terms: strong, fast, powerful. When we speak of spirit, we speak of a will to win. I understand the lure of these terms and nobody should ever question the grit of American athletes.

However, if we aspire to excellence we are going to have to redefine the U.S. player. The word intelligent must take highest priority because it distinguishes the excellent from the competent. All World Cup winners in the past three tournaments have placed a premium on intelligent midfielders dictating the pace and rhythm of play. All three countries, Spain, Germany, and France, have also redefined their style of play in the process.

Do we have the courage to make the leap to the elite of international soccer? If so, we have some soul-searching to do.

We are going to have to rethink and redefine American soccer in ways that will shake the status quo in coaching from youth to senior teams. I believe that we should tap into an alternative quality that has defined America worldwide -- our insatiable desire to innovate. If we do that now, we have an opportunity to astound the world with a new breed of player and a new brand of soccer. I would love to see us embrace an intelligent, attacking and courageous style of soccer. And I would love to see us get to work to recruit and nurture players capable of playing this inspiring style.

SA: Who is someone you would recommend U.S. Soccer hire as men's national team head coach to lead the USA in such a direction?

TODD BEANE: I have to be honest that I am not qualified to choose an American coach having been outside the U.S. for 16 years. I will say that I would seek the intelligent, attacking style of play by choosing a coach who has willingly demonstrated a capacity to produce such a product on the field.

TODD BEANE: I would like say that I do not look to the U.S. Soccer to be an innovative agent of change. Most administrative organizations are too big and burdened to do so. Innovation comes from the fearless, not the bureaucratic. We need a new breed of coach driving a new brand of soccer to step forward and battle the entrenched paradigm -- to prove we can do better, much better. If we are honest, we cling desperately to incoherent and woefully inadequate training programs.

When we begin to prioritize intelligence we will train differently and produce a different type of player. Today, we look for "fast and furious" players and lock out the Xavi's, Modric's and Kante's within the Amercian landscape. We miss out on so much talent because it does not come in a ludicrously labeled "athleticism" package we seek.

SA: What can MLS do to help the progress of the U.S. national team? We have seen MLS clubs invest significantly in youth programs.

TODD BEANE: MLS as a collective entity is not going to do much. It is a socialist organization with a capitalist agenda. I think they are pretty clear about that and fair credit to them for what they have chiseled out over the last 20-plus years.

Having said that, an MLS club autonomously can accomplish so much. First, they need to stop the nonsensical affiliate programs that translate into selling logos and false promises. Second, an MLS club should work cooperatively with the surrounding youth organizations to promote coaching education, to provide access to underserved athletes, and to embrace an intelligent training curriculum. Clubs develop talent on a daily basis in every part of the world: leagues and federations do not. MLS clubs have great potential and I think a few are making honest explorations into new territory.

SA: The USA has a long history of embracing guidance from foreign coaches. Let's talk about Dutch soccer, because I consider you well versed in history of the Dutch game. One of the most influential men in the U.S Soccer Federation is its Chief Sport Development Officer, Nico Romeijn, who ran the Dutch federation (KNVB) coaching education in 2001-2015. The new general manager of the U.S. men's national team is Dutch: former U.S. national team player Earnie Stewart. And two other Dutchmen hold influential positions in U.S. Soccer. Is a Dutch soccer philosophy still a good influence on the USA? Because the current state of the Dutch men's game certainly isn't as inspiring as Dutch soccer has been in the past.

Leaders come in unique packages from many corners of the world. Nico should be judged on the merits of his work in his current post in America. In Earnie's case, he does bring with him a wealth of experience in Holland that warrants respect.

Can he make the right decisions under pressure and exceed expectations? Nobody knows until he gives it an honest go. I am sure Earnie is fully committed to making good decisions based upon the information available to him today. In soccer at the national level, you are only as good as your last tournament. If he chooses a coach who wins, he will be our soccer savior. If he does not, he will be replaced accordingly. This is the reality of high-pressure positions. I may disagree with the curricular direction of U.S. Soccer and still respect the people organizing it. Ideas will need to be challenged from wherever they come while the people espousing them merit our respect. 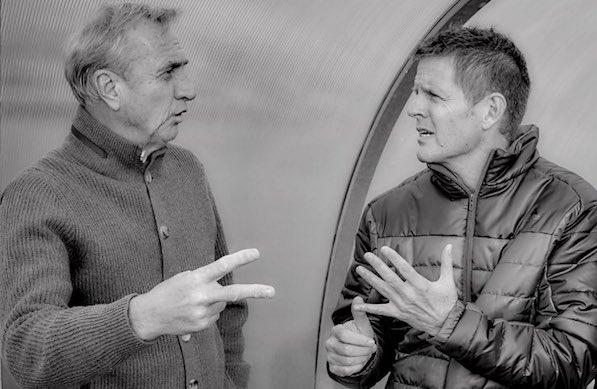 SA: Your soccer philosophy comes from the Cruyff school that blended with the Spanish at Barcelona. That approach has produced winning soccer that most of us enjoy watching. Why shouldn't U.S. Soccer just say, Let's play like Barcelona!

TODD BEANE: I am a fortunate American who stumbled into an opportunity to work with a football visionary. Both FC Barcelona as well as our TOVO Training Methodology are inspired by Johan Cruyff. Those who believe in intelligent, attacking and courageous soccer worldwide will credit Johan for some part of their identity, I am sure.

So many want to "play like Barcelona" but do not commit to the training paradigm that nurtures players capable of executing that brand of football. Trying to "play like Barcelona" by training like Glasgow is not going to get you any closer to Catalonia. I say that because my Scottish friends have such a good sense of humor. Or they used to until I mentioned them here.

We do not need to play like Barcelona. We need to train more intelligently so that we may finally produce a player capable of playing at FC Barcelona.

SA: Do you think that soccer should be entertaining?

TODD BEANE: Undoubtedly yes. Sport loses its courage and power if it is not entertaining. We watch sport so that the best athletes may light a fire within us. If sport is not entertaining, it cannot reach deep into our souls and nurture our competitive spirit. It cannot solve social ills, and it cannot be a springboard to raising healthy children. Yes, undoubtedly yes.

TODD BEANE: I appreciate the opportunity to drive the talent development dialogue forward. I have read the opinion of others in this publication and I must say that varied and sometimes conflicting opinions matter. Innovation always starts with the friction between what is and what might be. Mine is just one voice of many that cares deeply about maximizing the potential of our student-athletes so thank you for this platform to express my thoughts.

men's national team
34 comments about "Todd Beane: The USA has an opportunity to astound the world with a new brand of soccer".
Read more comments >
Next story loading