The USA's 7-0 win over Trinidad & Tobago sends it into the Concacaf Championship semifinal having outscored three foes 18-0. On Sunday, Coach Jill Ellis' team can book a ticket to 2019 World Cup to defend its 2015 title. 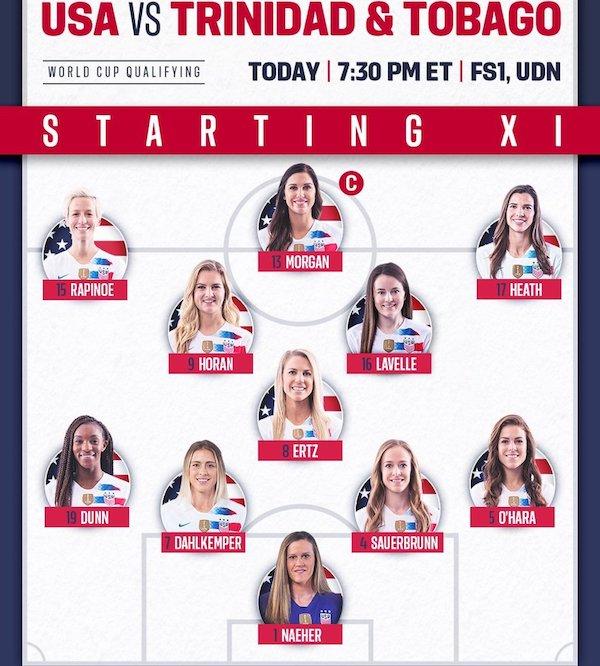 1. Soca Princesses get pummeled while they're down

The USA's victory improved its record against Trinidad & Tobago to 11-0-0. If the close game four years ago in qualifying -- an Abby Wambach goal provided a 1-0 victory -- signaled a rise in T&T women's soccer, that was scuppered by how little support the island team gets.

Its training camp was delayed for lack of funding from T&T's Ministry of Sport. It had no coach -- Jamaal Shabazz quit in July -- until Shawn Cooper was hired six days before T&Ts opener against Panama. Neglecting to purchase plane tickets meant the unpaid Soca Princesses arrived four days late in North Carolina.

The Trinidadians opened with a 3-0 loss to Panama and 4-1 loss to the Mexico, and were already eliminated when they faced the USA, which had already clinched a semifinal spot after wins over Mexico (6-0) and Panama (5-0).

Thus the USA's final Group A resembled a horribly lop-sided scrimmage that frequently prompted pinball in the penalty area, where nine Trinidadian defenders tried to help their goalkeeper block shots. 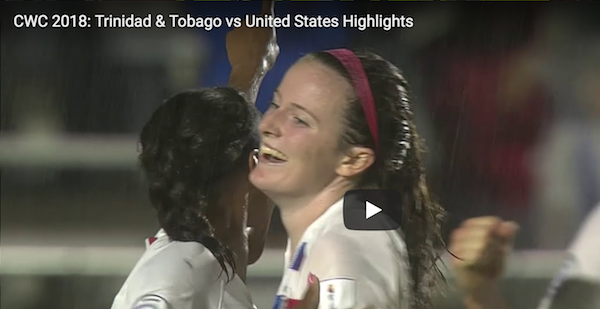 Reasons why the final score didn't go well into double-digits: five shots against the post and crossbar, offside calls, big saves, and the Americans' fatigue from taking so many shots -- 59!

After the win over Mexico, Coach Jill Ellis made nine changes for the Panama clash, after which all 20 players on the U.S. roster saw action. For T&T, Ellis went back to the same starting lineup she used against the Mexicans. After the T&T game, half of the U.S. roster had scored a goal and nine were credited with at least one assist.

The U.S. backline hardly had to defend, but got touches in the relentless buildups. Goalkeeper Alyssa Naeher, however, got more of a workout in the warmup. She wasn't called on to make a single save. Against Mexico, she was called on only once. And Ashlyn Harris, against Panama, needed to save only once.

3. Pity the defense that faces the USA on Sunday

As Group A winner, the USA faces Group C's runner-up on Sunday (8 p.m. ET, FS1, UDN) in Frisco, Texas, in a semifinal from which the winner qualifies for the 2019 World Cup. The USA's semifinal opponent will be determined on Thursday when Group B concludes with Canada (6 points, +14 goal difference) facing Costa Rica (3, +7) and Jamaica (3, -1) meeting already eliminated Cuba (0, -20). The odds are that it will be the Jamaicans.

The Americans will be well rested, having spread their playing time around and getting an extra rest day than their Sunday foe. It's likely to be another game in which the Americans add to their impressive stats.

Alex Morgan, who opened the scoring with deft flick in the ninth minute and added a scrappy one in the 50th, also scored twice against Mexico. She now has 94 goals in 149 career appearances.

NOTABLE: Alex Morgan has scored 21 goals in her last 22 games.