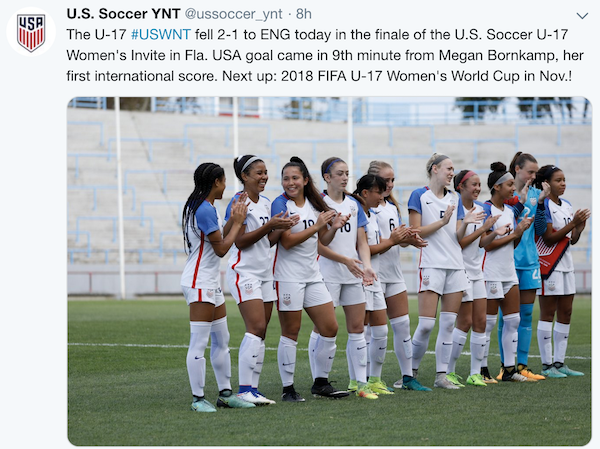 The four-team tournament in Lakewood Ranch, Florida, served as a final test for 26 players to make Coach Mark Carr's 21-player roster for the the 2018 U-17 World Cup in Uruguay (Nov. 13-Dec. 1).

Mexico and Colombia also qualified for the 2018 U-17 World Cup. England came up short, having finished fourth in UEFA qualifying, behind qualifiers Finland, Germany and Spain.