Atlanta United broke its own MLS records for total home attendance in a season (901,033) and a single-season average (53,002) when it closed out its 2018 home campaign at Mercedes-Benz Stadium with a crowd of 71,812 for the 2-1 win over the Chicago Fire. 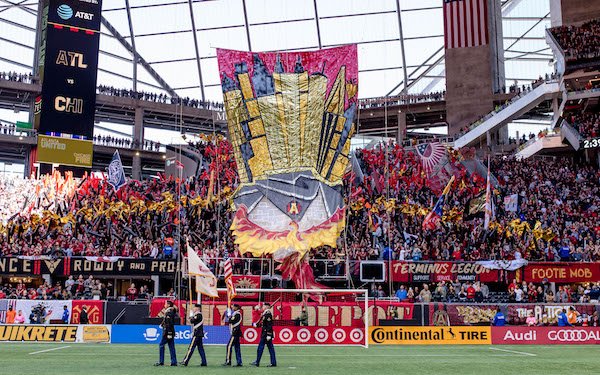 Both of Atlanta’s records were previously set in its inaugural 2017 season when it split the season between Bobby Dodd Stadium at Georgia Tech and the new Mercedes-Benz Stadium.

Sunday’s crowd was the sixth-largest for a stand-alone match MLS in history. The record was set on July 15 -- the day of the World Cup final -- when the Five Stripes drew 72,243 fans for their match against Seattle.

-- Minnesota United set a new attendance record for a Minnesota pro soccer team as it drew 52,242 fans for its 3-1 loss to the LA Galaxy, its final game at TCF Bank Stadium. The Loons will play at the new Allianz Field in 2019.

-- Two USL teams set club attendance records for their playoff games this weekend: Phoenix, which drew 7,511 fans for its 3-0 win over Timbers 2, and Pittsburgh, which attracted 5,189 fans for its shootout loss to Bethlehem Steel.