Along for the ride

I don’t drive much in the Berkeley area these days — I don’t like to and I don’t need to — but I did a lot of driving last week in Dallas, mostly in the Frisco area.

Some people count license plates. On my way through Dallas from Love Field, I counted election signs. They ran about 5-1 for Beto O'Rourke over Ted Cruz, which was strange because I saw lots of signs for Republican candidates running in local races.

On the way back to Love Field after a week in Frisco, I decided to try something different: count sports fields. After all, sports are king in Frisco. It's home, in one form or another, to pro teams from seven sports, and now to the National Soccer Hall of Fame, built next to Toyota Stadium.

By about that same 5-1 margin, soccer goals outnumbered football goalposts and baseball flag poles on the ride back to the airport, mostly portable soccer goals used, it appeared, to shape soccer fields of different dimensions, depending on the needs of the teams playing there. 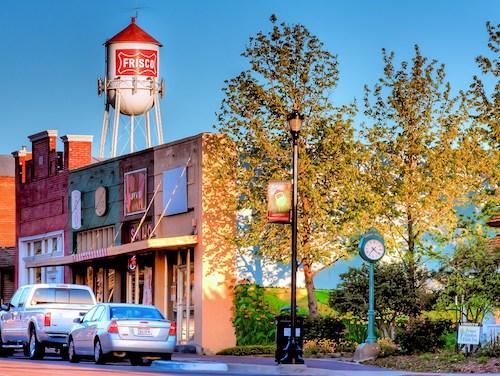 It wasn't always that way.

As I drove through the back roads of Frisco and went up to the Hunt ranch in Celina for a Hall of Fame party, I saw lots of open land, but much of North Texas has been developed. The population of Frisco, a rural outpost 50 years ago, is now approaching 200,000. I tried to imagine what the area must have been like when pro soccer was just getting going in the late 1960s.

Kyle Rote Jr., the early Dallas Tornado star, remembers cotton growing in the fields. “I’d go spit in the dirt,” he said during a tour for former NASL players at the Soccer Hall of Fame last Friday. A colleague quipped it must have been the kind of place you visited if you wanted to fight a cowboy. Rote didn’t disagree. 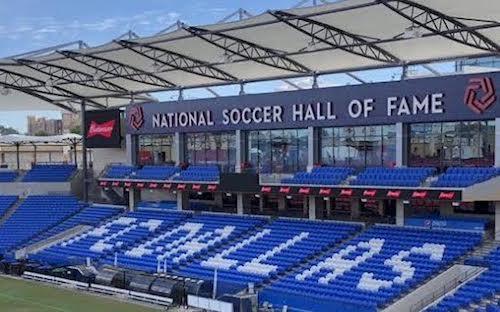 Soccer took root in Dallas, in large part due to the work of the Ron Newman and his players, Rote among them, on the Dallas Tornado to promote the game at schools, in camps, anywhere they could find kids.

Newman, who died in September at the age of 84, came to Dallas from Atlanta to coach the Tornado in 1969 when the NASL contracted from 17 teams to five after its first season. The Tornado had gone 2-26-4 in its first NASL season, but that didn't stop its young owner, Lamar Hunt, who was one of the architects of the most successful launch in American pro sports history, the American Football League, which was in the process of merging with the National Football League.

"We had a number of people who were historically stupid trying to make failure a success," said Clive Toye at a meeting of the Society for American Soccer History in Frisco on Saturday. "Lamar was one of them."

In 1969, Phil Woosnam and Toye operated the five-team NASL out of a basement office at Atlanta–Fulton County Stadium, and Toye and Hunt spent lots of time on the road together trying to pitch investors on joining the NASL.

They were an odd couple, Toye, only a few years removed from his position as the chief sportswriter for the Daily Express back in London -- his dream job -- and Hunt, the sports-crazed son of Texas oil tycoon H.L. Hunt. But they were great salesmen. Toye later took charge of the New York Cosmos and convinced Pele to join them. Hunt was completely trustworthy. 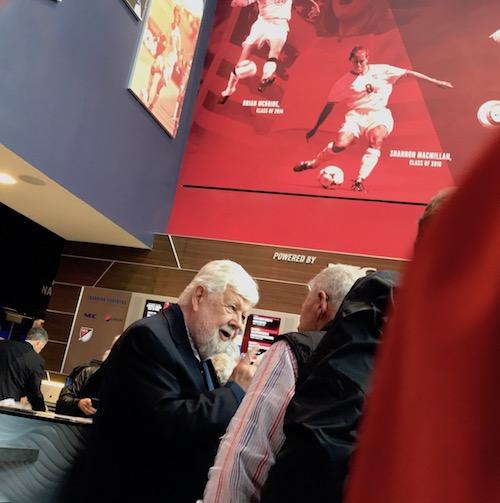 "When he said he was going to do something, by God, he did it," said Toye. "He was a great salesman. You always felt you could trust this guy, and he would do what he said."

Hunt, who died in 2006, not only saved pro soccer from failing once, he did it twice.

The NASL folded in 1985, but 11 years later, Hunt was a founding investor in MLS, owner of not one but two teams, Kansas City and Columbus. By 2001, though, MLS was in trouble. In the fall, young Dan Hunt was brought into the business and joined his older brother, Clark, on a conference call to discuss the league's future. Stuart Subotnik, the owner of the MetroStars, told his fellow owners he was quitting.

When they finished, Clark turned to Dan and famously said, "Welcome, you've just been on your first -- and last -- MLS conference call." 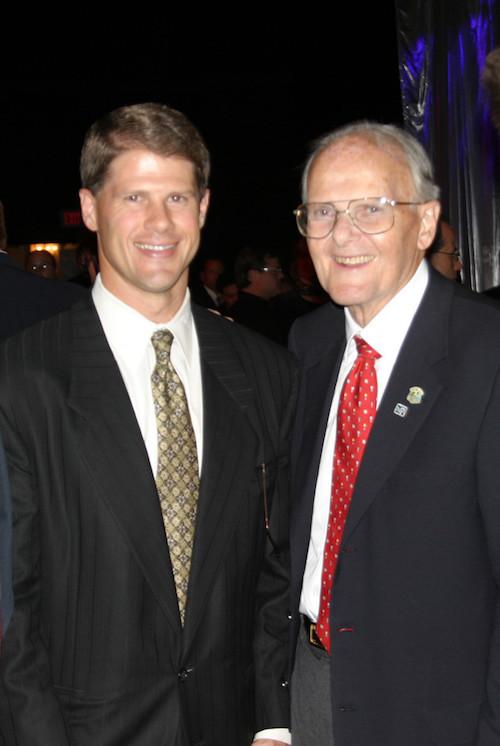 In his induction speech on Saturday at the new Hall of Fame Dan and Clark Hunt built to honor the memory of their father, MLS commissioner Don Garber talked about how much Lamar Hunt influenced him as a man and about flying with his deputy, Mark Abbott, to Denver and going to Phil Anschutz’s ranch to discuss whether to fold MLS. It wasn’t a sure thing the league would survive past 2001.

The three remaining owners — Robert Kraft, Anschutz and Hunt — eventually agreed to a plan Garber and Abbott presented them for creating a viable path forward for MLS. But the owners had to first agree to stick together.

Kraft, the owner of the New England Revolution and an NFL owner like Hunt, wanted to quit, but he told Michael MacCambridge in Lamar Hunt, A Life in Sports, Hunt made that impossible.

"He was collegial, and he appealed to a higher calling," said Kraft. "That was what made him special. He was so pure emotionally that you knew if he was invested in something you wanted to be along for the ride. So we stayed along for the ride."

fc dallas, mls
6 comments about "Along for the ride".
Read more comments >
Next story loading