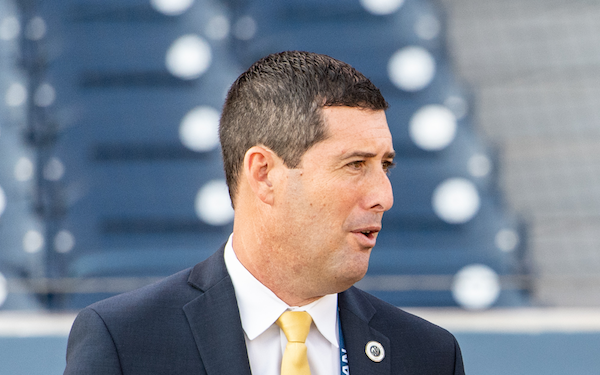 , who serves as technical director of the USL's Nashville SC, was named general manager for soccer operations for the same organization that will begin play in MLS in 2020.

“Mike has significant experience in the U.S. soccer industry both at the collegiate and professional level, and his varied expertise across the game is a key skill set as we embark on our Major League Soccer journey," said Nashville MLS CEO Ian Ayre. "In my experience, building successful teams is all about matching the best talent to the right opportunity. Mike’s knowledge of the U.S. soccer landscape and his creative approach to building a roster are crucial factors as we begin assembling a team and the associated infrastructure needed to create a successful soccer club.”

Before his move to Sporting KC, Jacobs briefly worked at the USL after serving as the head coach at the University of Evansville.

“With a career in sport that has developed over many years and in a variety of soccer environments, I am grateful and excited to be given the opportunity to hold this position for Nashville as we head to Major League Soccer,” said Jacobs. “Nashville and its soccer aspirations are both headed in an upward trajectory, and I am proud for myself, and my family, to be a part of this incredible journey.”

In its first USL season, Nashville SC finished eighth in the Eastern Conference and lost to regular-season champion FC Cincinnati in a shootout in the conference quarterfinals. Jacobs will continue in his role for the 2019 USL Championship season.

The name of the Nashville MLS team has not yet been confirmed.
mls, usl
Next story loading