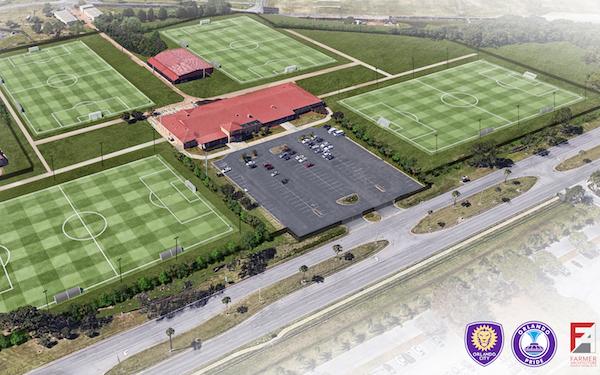 
The complex will be renovated and become the training complex for Orlando City and the NWSL's Orlando Pride.

“The training complex is the heart of our soccer operations," Orlando City SC CEO Alex Leitao said. "It’s where our product on the field reports to work every day, where they eat and recover, and most importantly, where they build the team culture and attitude that carries over to the stadium on match days."

The 20-acre training complex will feature four full-size grass fields, a fitness, training and recovery center, a film review room along with a players’ lounge and dining area. It will also include locker rooms for City and the Pride and 30,000 square feet of office space and facilities to support media operations.

Orlando City opened Orlando City Stadium in downtown Orlando in 2017, but the MLS and NWSL teams have trained at Sylvan Lake Park and the Seminole Soccer Complex.

Orlando City's U-15, U-17 and U-19 boys age groups moved earlier this year to Montverde Academy’s facilities. The girls teams and the boys U-12 through U-14 groups continue to use the Sylvan Lake Park facilities in Sanford. The revived Orlando City B team in the USL League One will also call Montverde home.