Closing the gap between curriculum and methodology: A necessity for development

One of the most common proofs of development expertise referred to by clubs across the country, and frequently described as such to their members, is the club “curriculum.”

This often described, but rarely seen, document is considered a guiding North Star when many describe the process for teaching and developing young players within their club. But while a club curriculum is helpful and positive, a curriculum-driven perspective reflects a need for significantly more thought and study that, if undertaken, would greatly improve the development environment for millions of players.

The word “curriculum,” the scope of the document itself, and its role within a club’s processes must be properly understood to create a better learning development. More specifically, a deeper discussion of what a “curriculum” is and is not, and how it relates to the other tools of learning and development, must occur in order for development promises to become development realities.

A “curriculum” is defined by Merriam-Webster as “the courses offered by an educational institution.” Put another way, a “curriculum” is a catalog or listing of topics. While an exhaustive curriculum is certainly important in identifying all the concepts that must be taught to young soccer players in their formation years, a curriculum itself says nothing about the order in which these topics are taught, the manner in which they are taught, how they inter-relate, and many other incredibly important concepts in learning. 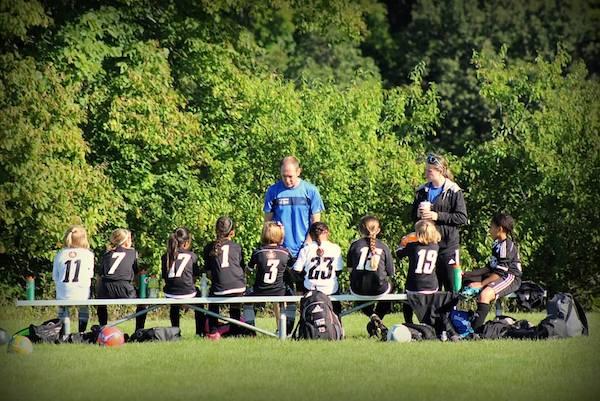 Coaches could not claim to be development experts if their work was based on a book titled “1001 Drills for Soccer Coaches,” but that is in effect what is communicated when curriculum alone is considered evidence of expertise. Reliance on curriculum alone shows a fundamental misunderstanding of the learning process, raising serious questions about how much learning and development actually occurs within the club.

Beyond the very basics of having a curriculum, what clubs should be based upon, and what parents and young aspiring players should be looking for, is a clear and consistent “methodology” within the club across all age groups. This difference is far more than semantics – it goes to the heart of learning.

Returning to the dictionary, a “methodology” is defined as “the methods and principles used for doing a particular kind of work,” or “a system of methods used in a particular area of study.” A methodology, as contrasted with a catalog of topics and drills, is what distinguishes a plan for long-term and progressive learning from a randomly selected set of exercises randomly implemented. A methodology addresses all of the following:

• What is Taught (the topics themselves, or as described here, the curriculum).

• When it is Taught (the order of learning and the duration of focus).

• How it is Taught (the activities themselves, and the manner of educational intervention).

• The Frequency of Repetition and Progression (when and how to advance in complexity).

A methodology in a soccer club should lay out in great detail all of the topics that must be taught to fully develop a player from age 6 to 18, the order in which they are taught so that they progressively build sophistication, the manner in which they are taught most effectively (where there is ample room for reasonable people to disagree), and the logic or guidelines for progressing in complexity.

A soccer methodology should also be anchored by the concept of a Club Game Model (or a similar structure) that represents what the desired end product looks like – in great detail, in all four moments of the game, and in different areas of the field.

Creating a complete methodology can fairly be considered the lifetime work of an expert. It is a process that never ends because the methodology itself should be constantly evaluated, adjusted, and modified to reflect changing beliefs, new pedagogical and cognitive understanding, and the ongoing evolution of the game.

The intimidating scope of what is encompassed within a real methodology makes it far easier and more practical to borrow from existing methodologies than to create a new and unique one yourself – but every club must actually have a methodology to truly call themselves a club. As Doug Lemov has stated:

“Without a methodology, clubs are really a shopping mall, a collection of loosely affiliated teams, mutually branded and organized around a common location, but independently run based on whatever set of myths, beliefs and philosophies each independent coach ascribes to.”

There are many areas where different methodologies may have different, even opposing components – and of course the Game Model to which they fundamentally connect can be very different from one club to the next. But there are more areas where every methodology should look similar. For example, every methodology should be based on the same science-based principles of teaching and learning, and on the same objective components of the game.

It would be inaccurate to state that curriculum is unimportant. Deep, long-term learning requires a curriculum, but a methodology – and consistently enforced implementation of that methodology (another major gap in many clubs) – is what ultimately translates topics for learning into learning of topics.

As coaches and directors, we should all be studying various methodologies employed across the world at top development centers and espoused by top thinkers in the game – and considering how they compare, contrast, and align.

Instead of placing “curriculum” as the end of intellectual exploration, we would all do better to view a methodology as a living document created through constant study of the game, frequent discussion with or modeling from experts, and reflection on efficacy of various methods personally applied.

(Christian Lavers, whom you can follow on Twitter at @clavers1, is the President of the Elite Clubs National League (ECNL). He is also the Technical Director of FC Wisconsin.  He holds the USSF "A" License, the USSF "Y" License, and the United Soccer Coaches Premier Diploma.)

youth
6 comments about "Closing the gap between curriculum and methodology: A necessity for development".
Read more comments >
Next story loading